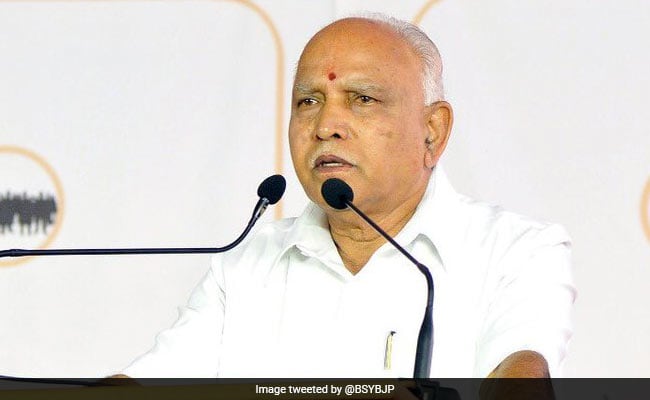 New Delhi: In the midsts of growing tension between India and Pakistan, Karnataka BJP chief BS Yeddyurappa sparked a controversy as he said that India’s air strikes on a terror camp in Pakistan on Tuesday has created a wave in favour of Prime Minister Narendra Modi and will help the party win over 22 of 28 seats in Karnataka in upcoming general elections.

“The atmosphere….day by day, the wind is increasingly blowing in favour of the BJP. Yesterday’s (Tuesday’s) action of destroying terror hideouts by entering inside Pakistan has resulted in a pro-Modi wave in the country, the results of which can be seen in coming Lok Sabha polls,” Yeddyurappa said on Wednesday in Chitradurga.

“It has enthused youths; all this will help us in winning more than 22 Lok Sabha seats (in Karnataka),” said the former chief minister. The BJP has 16 parliamentary seats in Karnataka, the Congress 10 and Janata Dal Secular 2.

ALSO READ: My govt made the impossible, possible: PM addresses rally in Churu

Yeddyurappa’s comments have added fuel to the opposition’s allegation of “blatant politicisation” of the sacrifices of the armed forces by the “leaders of the ruling party (BJP).”

Shocking & disgusting to understand #BJPsPlot4Vote. It is unfortunate that @BJP4India is calculating electoral gains even before the dust has settled. No patriot shall derive such sadistic gains over soldiers’ death, only a anti-nationalist can.
What will RSS say about this? pic.twitter.com/w6wAhAg6gv

The Indian Air Force’s jets on Tuesday launched an anti-terror air strike at a Jaish-e-Mohammed camp in Balakot. The strike on the terror camp came 12 days after the Pulwama suicide attack in which killed 40 CRPF soldiers.