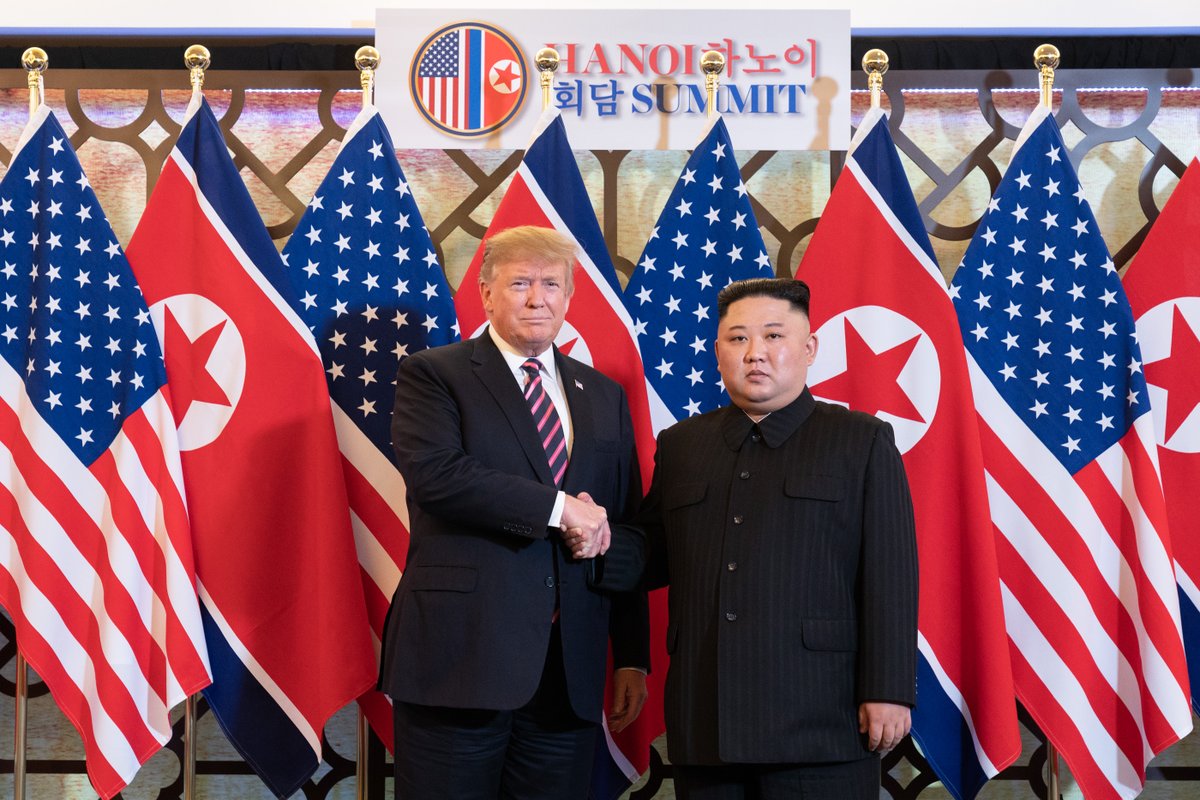 Hanoi: United States President Donald Trump and North Korean leader Kim-Jong-un failed to reach on an agreement on the denuclearisation of North Korea in their second summit in Hanoi.

The Strait Times quoting the white house, said, “the two leaders had very good and constructive meetings in Hanoi” and discussed various ways to advance denuclearisation and economic driven concepts.

“No agreement was reached at this time, but their respective teams look forward to meeting in the future,” it added.

ALSO READ: ‘We have some reasonably decent news,’ US Prez Trump on India-Pak conflict

The closely watched Hanoi summit was expected to yield an agreement on the denuclearisation of North Korea. President Trump, though, had earlier downplayed hopes for a breakthrough in nuclear talks at the start of the summit.

US President called the talks productive, adding that the relationship is “as good as it’s ever been”.