“The NSA and the IAF Chief were awake throughout the night and into the next day as they were monitoring the entire movement of Mirage fighter aircraft which had to go inside Pakistan along with the Sukhoi 30s operating from Halwara and Bareilly air bases sitting inside the Air Force war room inside the Air Headquarters,” government sources told ANI.

In response to the terror attack in Pulwama twelve days ago that killed 40 CRPF soldiers, top decision makers in the Government green lit an air operation to conduct aerial strikes on Pakistan Army supported terrorist camps, particularly that of the Jaish-e-Mohammad terror camp in Balakot deep inside Pakistani territory in the Khyber Pakhtunkhwa region which was teaming with top operatives of the terror organisation along with scores of suicide bombers, trainers and other support staff, the sources added.

Director General of Air Operations Air Marshal Amit Dev and his team played a significant role in the success of these attacks which were conducted from IAF war room in the Air Headquarters, sources said.

The IAF had carried out a similar strike against the Pakistani positions in the Kel sector on the LoC in 2002.

Once the formation of 12 Mirage aircraft took off from their respective locations in Agra and Gwalior, another support formation of Sukhoi fighter jets took to the air to defend Indian air space if the need arose.

AWAC (Advanced warning and control system) aircrafts led by the indigenous Netra jets played a significant role as well with their radars pinpointing position and activity of Pakistani fighter aircraft on all their bases and gave a go-ahead to the Indian planes to get a window to penetrate inside Pakistani air space.

Mid air-fuel tankers Ilyushin 78s were also in the air to provide support services to Indian fighter jets on their mission.

Pakistani Airforce F16s were scrambled to respond to the Indian incursion, however, gauging the formation of the Indian jets and outnumbered, the jets beat a hasty retreat thereby giving Indian jets an opportunity to destroy their intended targets.

After the planes returned from Pakistan, the Indian air defence systems were on high alert and scanning Pakistani aircraft for any reaction.

The first Pakistani reaction came in from the western sector in Gujarat when a UAV of the Pakistan Air Force entered Kutch which was promptly shot down by the Israeli made SPYDER Missile defence system which fired a well-aimed ‘Derby’ missile to blow the PAF drone out of the sky.

The Navy had also halted its exercise TROPEX on the western seaboard and sent its warships on forward patrol in a posturing towards Pakistan Navy, thereby further confusing the chain of command in the Pakistani establishment.

The Indian Army has been placed on high alert and an attack by Pakistan in the form of BAT actions could be considered an imminent threat.

Top sources in the government have termed the aerial strikes as one of the most successful coordinated operations as the targets were identified and selected by intelligence agencies while the three forces coordinated very well with them to strike the enemy. 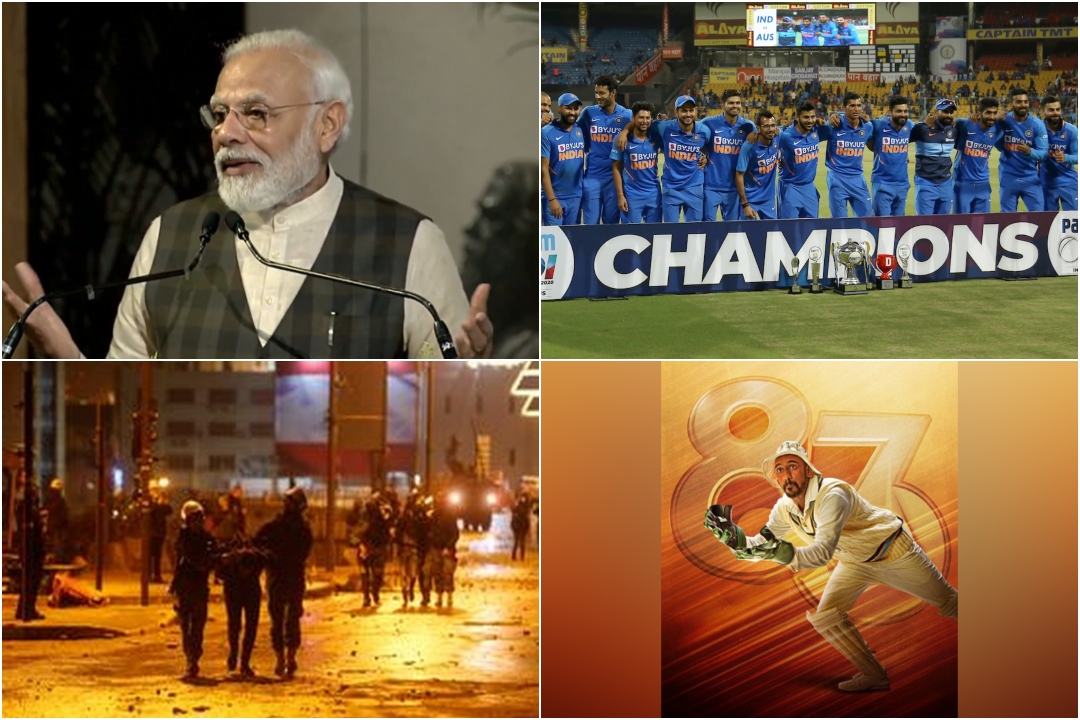