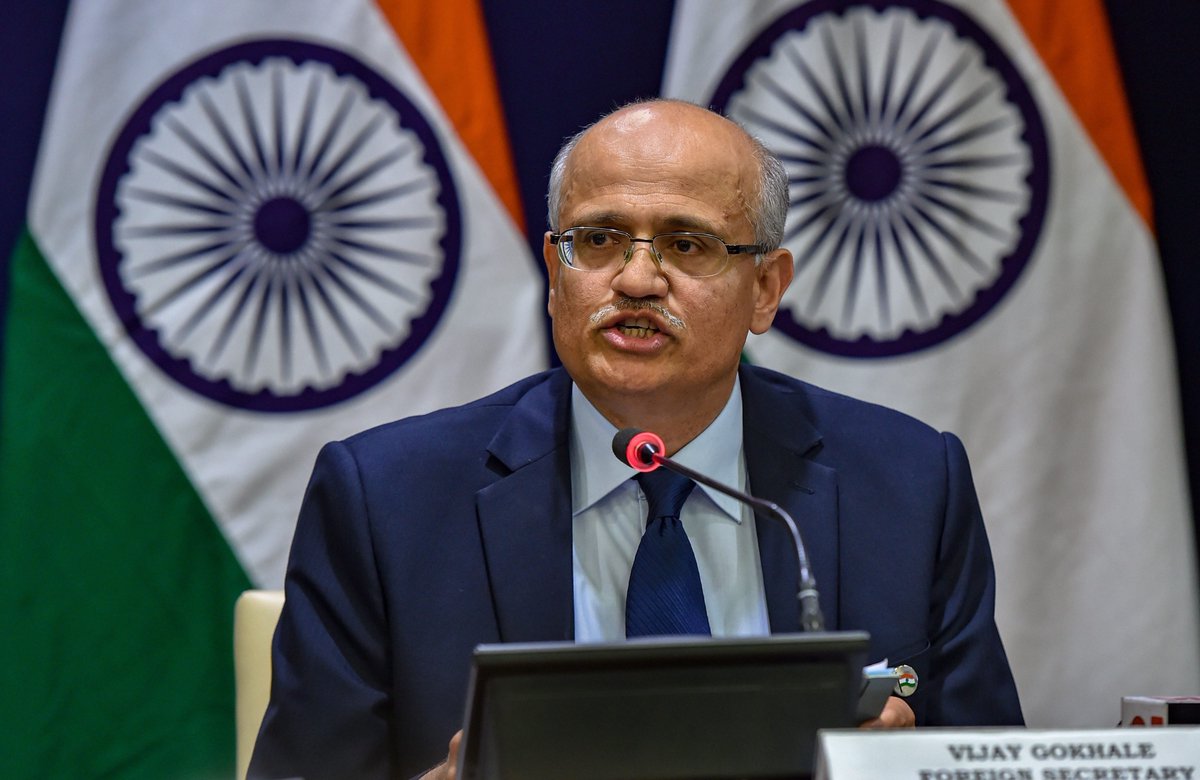 New Delhi: Following the Pulwama attack in which 40 CRPF soldiers were martyred, India carried out air strikes across the Line of Control to target the Pakistan-based Jaish-e-Mohammed, which was planning more attacks in the country, the government confirmed on Tuesday.

“Credible intelligence was received that Jaish-e-Mohammed was attempting another suicide terror attack in various parts of the country and Fidayeen jihadis were being trained for this purpose,” he said.

“India has given proof many times seeking action against Jaish e Mohammed and others at terror camps so big, that they can train hundreds of jihadis and terrorists at any given time. But due to Pakistan’s inaction, this step was necessary and had to be taken,” he said.

The foreign secretary did not give further details, however, reports say that at around 3:30 this morning, 12 Mirage 2000 fighter jets of the Indian Air Force dropped 1,000 kg bombs on terror camps of the Jaish-e-Mohammed, Lashkar-e-Taiba and Hizbul Mujahideen. The government has however said that only one camp was targetted.

According to newswire ANI, terror launch pads in Balakot, Muzaffrabad and Chakoti across the Line of Control were destroyed by the laser-guided bombs and so were control rooms of the Jaish.

“The military has taken this necessary step for the country’s security. It was an act of extreme valour. PM Modi had earlier given the armed forces the freedom to take action. Today, the entire country is with the forces,” Union Minister Prakash Javadekar told reporters in the first official acknowledgement of the operation.

ALSO READ: 21 minutes that shook Pakistan, what it means strategically

Pakistan claimed that the  ‘no infrastructure was hit’ and tried to downplay the impact.

“Indian aircrafts’ intrusion across LOC in Muzaffarabad Sector within AJ&K was 3-4 miles. Under forced hasty withdrawal aircrafts released payload which had free fall in open area. No infrastructure got hit, no casualties,” tweeted Major General Asif Ghafoor of the Inter-Services Public Relations. 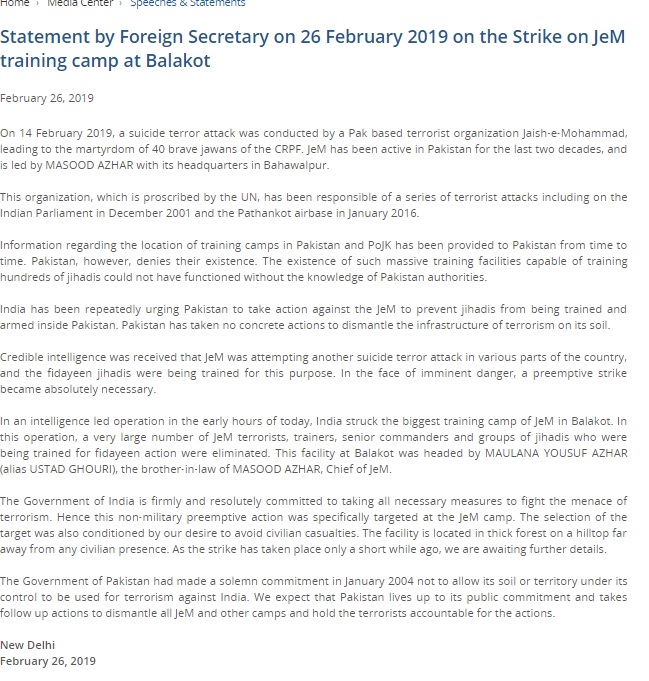