Home Music & Entertainment Bollywood Anupam Kher and Madhur Bhandarkar defend Kangana after being trolled for the... 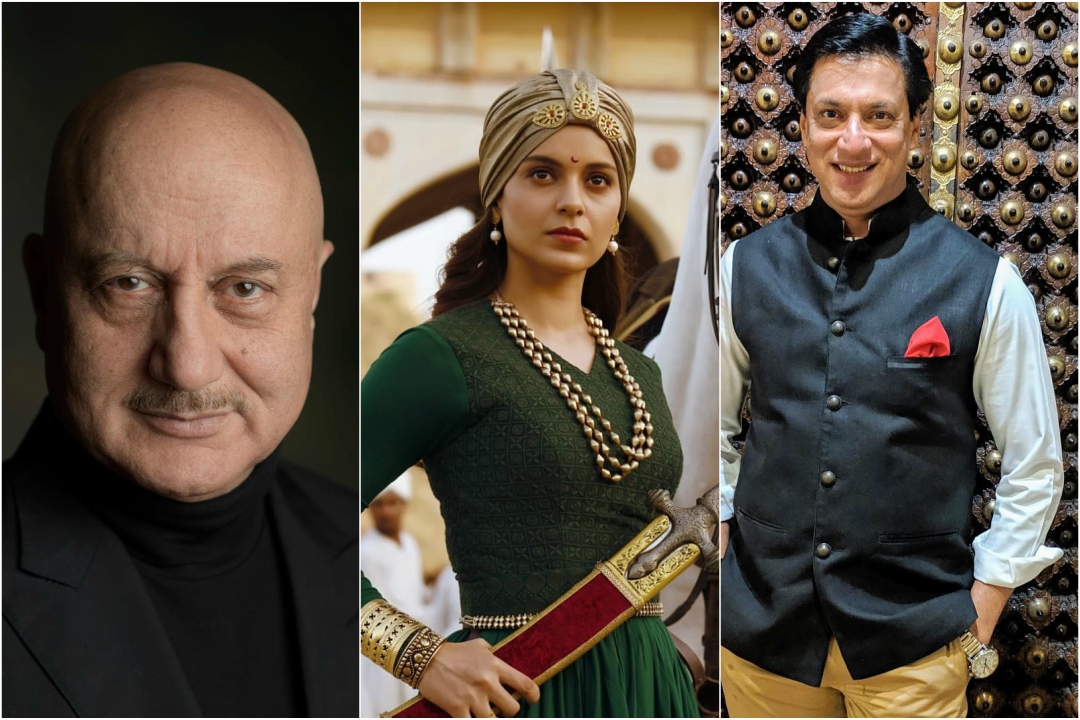 Kangana Ranaut who has been a center of controversy post her film Manikarnika’s release is now facing backlash on social media. A ‘Behind the scenes’ video was leaked on social media that showed Kangana Ranaut performing a fight scene riding on a mechanical horse. In no time, netizens started attacking the actress questioning her acting ability and calling her fake.

While Kangana is yet to respond to the controversy, she has managed to get the support of veteran actors like Anupam Kher, Paresh Rawal and director Madhur Bhandarkar who worked with Kangana in the film ‘Fashion.’

Taking to Twitter, Anupam Kher wrote, “How much venom this man has against a self made actress #KanganaRanaut!! This is called ‘acting’ idiot. Actors all over the world do that. That is their job. She will be remembered for decades for her hard work in movies. While you got your fifteen minute fame by using her name.”

How much venom this man has against a self made actress #KanganaRanaut!! This is called ‘acting’ idiot. Actors all over the world do that. That is their job. She will be remembered for decades for her hard work in movies. While you got your fifteen minute fame by using her name. pic.twitter.com/y6vRo1eZfu

According to these dimwits and pinheads they believe that superman and Batman in Hollywood films are actually flying and it’s not some camera trick or CG effects …! https://t.co/9Ko4UdJru0

Kangana’s sister, Rangoli Chandel came to her defense schooling the trollers about their technical knowledge of filmmaking.

How else do you take close up on a galloping horse, this is called a machanical horse and used in movies like Gladiator, The last Samurai, Brave heart and Manikarnika 😂… only for the close ups ….dumb people get excited to see technology… Dumbos !!! 😆 https://t.co/ECDDGvZZlr

Madhur Bhandarkar added in his interview that there are many technicalities while filming and every actor has stunt doubles, as well as VFX, is used in the making of films.  “Kangana definitely has ridden the horse in the film. But there are close up shots..and you have to take care of that and shoot in that manner also.”

Following this, Kangana supporters and fans have also shared videos of her horse-riding and sharing tweets about how she is being made a soft target.

Sequence of events – Manikarnika has successful run, Kangana Ranaut criticises here film fraternity publicly, and suddenly, out comes a video of her riding a fake horse as a part of the movie. And everyone goes ‘hee hee’ as if this is the first time any actor has used props!

People making fun of #KanganaRanaut over the digital horse in #Manikarnika – you morons do know the late Sridevi didn’t really morph into a cobra in Nagina, or is that too a news to you crackerheads ??

If that’s what you like. But it’s not okay to say she didn’t work hard or she didn’t ride real horses. pic.twitter.com/JkLCQmZYRR