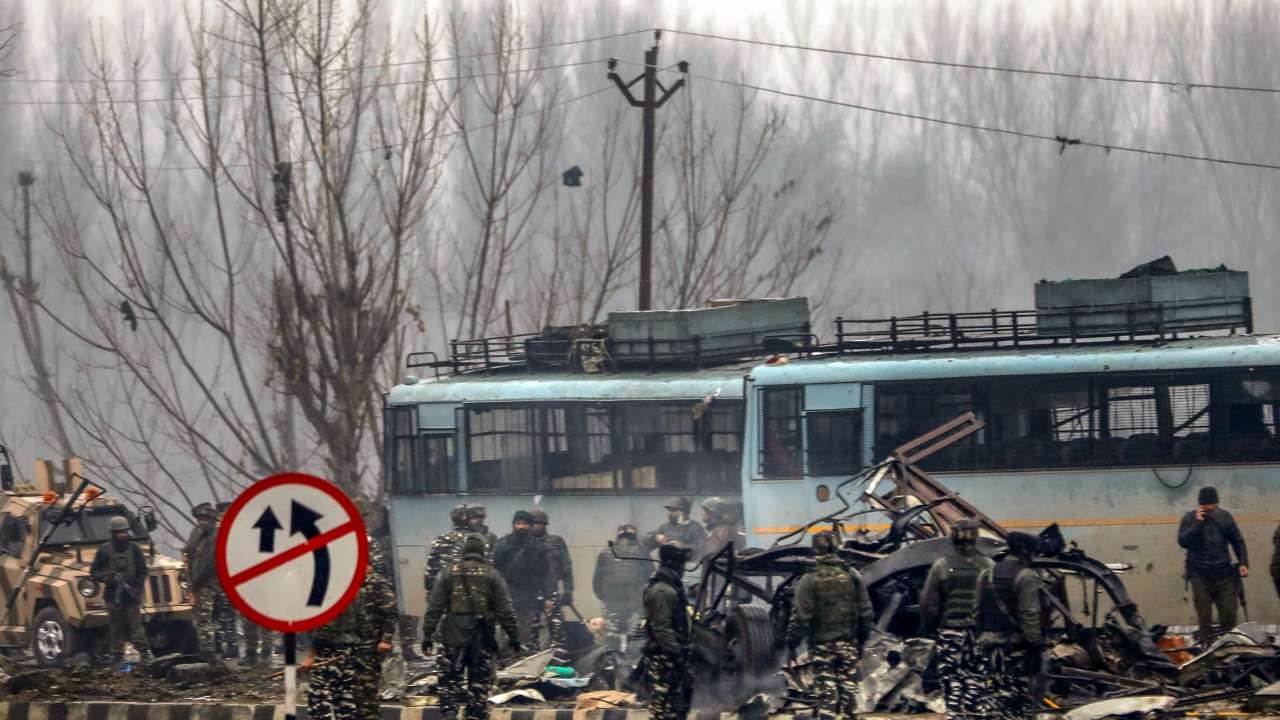 Diplomatic sources say that over the last few days hectic back-channel negotiations led by the Indian envoy to the UN Syed Akbaruddin led to the UNSC issuing a statement condemning Jaish-e-Mohammed.

“The members of the Security Council condemned in the strongest terms the heinous and cowardly suicide bombing in Jammu and Kashmir, which resulted in over 40 Indian paramilitary forces dead and dozens wounded on February 14, 2019, for which Jaish-e-Mohammed has claimed responsibility,” the statement said.

New Delhi has asked all Indian envoys to mount diplomatic pressure on Islamabad even as it mulls punitive measures. The new normal between the two countries is expected to be frosty and also hard-nosed. 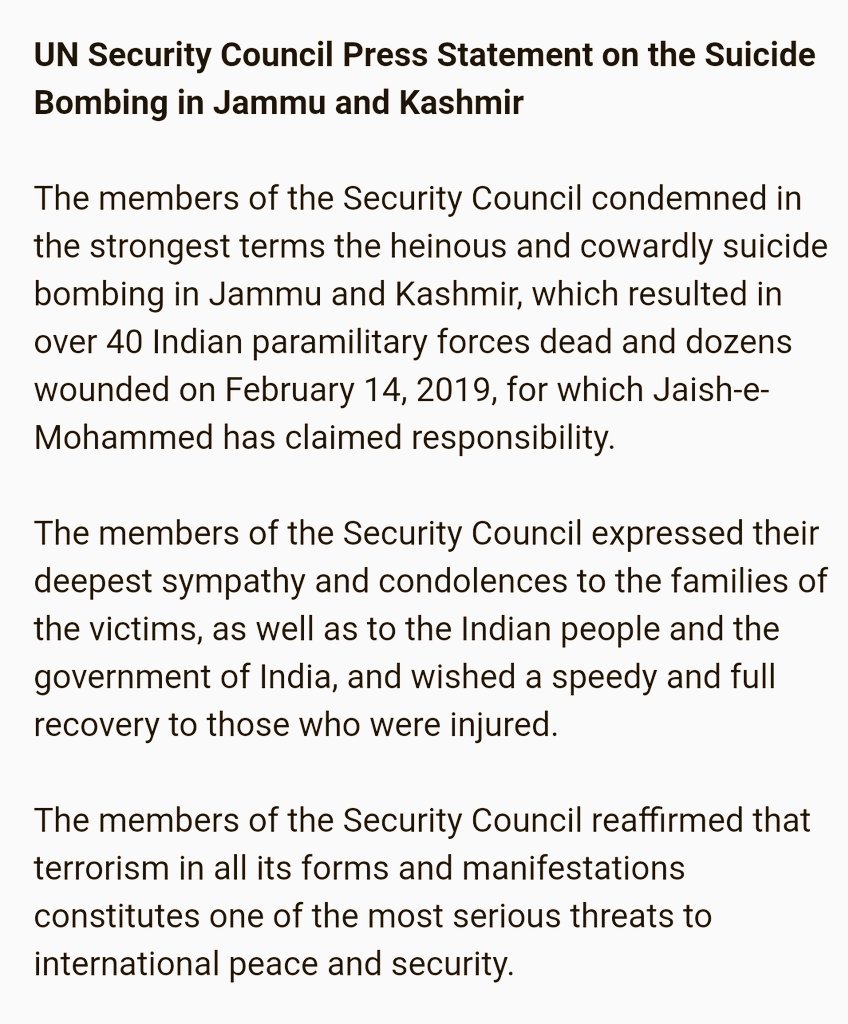 “The members of the Security Council underlined the need to hold perpetrators, organizers, financiers and sponsors of these reprehensible acts of terrorism accountable and bring them to justice, and urged all States, in accordance with their obligations under international law and relevant Security Council resolutions, to cooperate actively with the Government of India and all other relevant authorities in this regard,” the statement read.

India will also press for fast-tracking a comprehensive convention on terrorism at the UN so state sponsors like Pakistan can be dealt with sanctions and collective action against them.
India’s strategy will be multi-pronged put pressure through multilateral forums.

Like the UN, direct action using military and strategic assets and third putting a squeeze on Pakistan economically.

The idea is to ensure that the costs are high for Pakistan and they can’t get away by cosmetic measures like banning Jaish which they have done it in the past as well.
Organisations like these change names and continue to foment terror.
The real action should be against the masterminds, sources told NewsMobile.