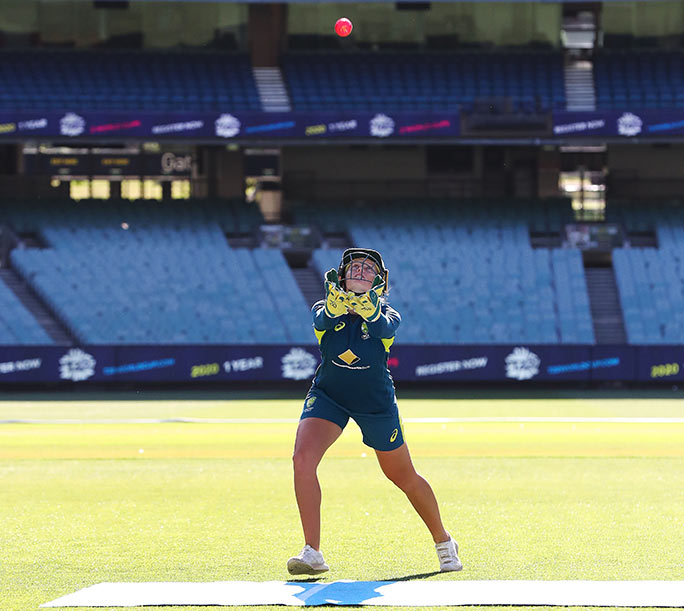 To mark one year until the start of the ICC Women’s T20 World Cup, Australian wicket-keeper Alyssa Healy set a new record for the ‘highest catch of a cricket ball’ in an attempt organised by the International Cricket Council (ICC) at the Melbourne Cricket Ground (MCG).

Healy caught a ball dropped from a drone 80 metres above the MCG turf – the height of the top of the light towers at the famous venue – breaking the record of 62 metres set by Englishman Kristan Baumgartner in 2016.

“After I didn’t get a hand on the first practice and then the next one went straight through my gloves there was cause for concern,” 28-year old Healy said after her early attempts at a 64m catch were unsuccessful.

“You don’t get the cue from the ball going up in the air off the bat and it was swinging a lot on the way down because it just gets dropped. ALSO READ:Will not play Pak in World Cup if govt against it, says BCCI

Afterwards, a bowled over Alyssa said: “It was pure elation to get the Guinness World Records title. I didn’t want everyone to come and not get the record so, when I’d secured it in the gloves, I carried on like a bit of a pork chop but overjoyed to break the record.” Healy was the 2018 ICC T20 International Player of the Year, achieving the Belinda Clark Medal at the Australian Cricket Awards earlier this month.

Doug Male, Head of PR, EMEA APAC, Guinness World Records, said: “This record attempt has been an opportunity to inspire women in sport to achieve greatness.” “Guinness World Records wants to help people realise their potential and to re-examine the world.”