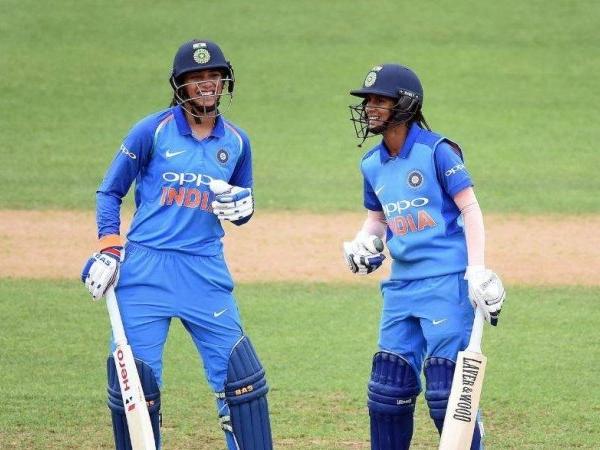 The India pair of Jemimah Rodrigues and Smriti Mandhana have made impressive gains among batters in the MRF Tyres ICC Women’s T20I Player Rankings despite their side’s 3-0 series loss to New Zealand, while Windies all-rounder Deandra Dottin has grabbed the top spot among all-rounders in the latest update carried out on Tuesday.

Rodrigues’s 132 runs in the three-match series against New Zealand have lifted her four places to second position while Smriti Mandhana, who grabbed the top spot in ODIs last week, has gained four spots to reach sixth position after finishing as the leading run-getter in the series with an aggregate of 180. The stylish left-hander smashed two half-centuries including a fluent 86 in the last match in Hamilton that India lost by two runs.

Spinners Radha Yadav, up 18 places to 10th after taking four wickets in the series, and Deepti Sharma, up five places to 14th, are the India players to move up among bowlers.

For New Zealand, Sophie Devine has moved from 11th to eighth position among batters after scoring 153 runs in the series including a match-winning 72 in the last match, while captain Amy Satterthwaite’s 87 runs have lifted her from 23rd to 17th position. Among bowlers, Lea Tahuhu has moved up five slots to 11th position.

For the Windies, Dottin has been the standout performer in a 2-1 series win in Pakistan. Dottin has moved up two places to third among batters after scoring 158 runs in the series while her three wickets have lifted her two slots to 29th among bowlers. The net result has been a promotion to No.1 in the list of all-rounders.

Pakistan captain Bismah Maroof has gained three slots to tie with compatriot Javeria Khan in 15th position among batters while Sana Mir, who is top ranked in the ODI format, has moved up six places to take 28th position among T20I bowlers after taking three wickets in the series.

South Africa completed a 3-0 win over Sri Lanka in a home series ahead of their ICC Women’s Championship series. The gains for them include captain Dane van Niekerk moving up three slots to reach a career-best 12th among batters, up six places to 20th among bowlers and up two berths among all-rounders to third. The pace pair of Shabnim Ismail (up four places to seventh) and Marizanne Kappe (up seven places to 22nd) are other notable gainers. For Sri Lanka, Shashikala Siriwardene has benefited by four places to reach 30th position.

Other players to advance include Esha Oza of the United Arab Emirates (up 44 places to 46th) among batters and the Thailand pair of Chanida Sutthiruang (up 15 places to 38th) and Nattaya Boochatham (40th) among bowlers.

In the MRF Tyres ICC Women’s T20I Team Rankings, New Zealand have overtaken England to take second place. ICC Women’s T20 World Cup 2018 champions Australia continue to lead the table while the Windies and India, semifinalists at the T20 World Cup in the Caribbean, are fourth and fifth, respectively.