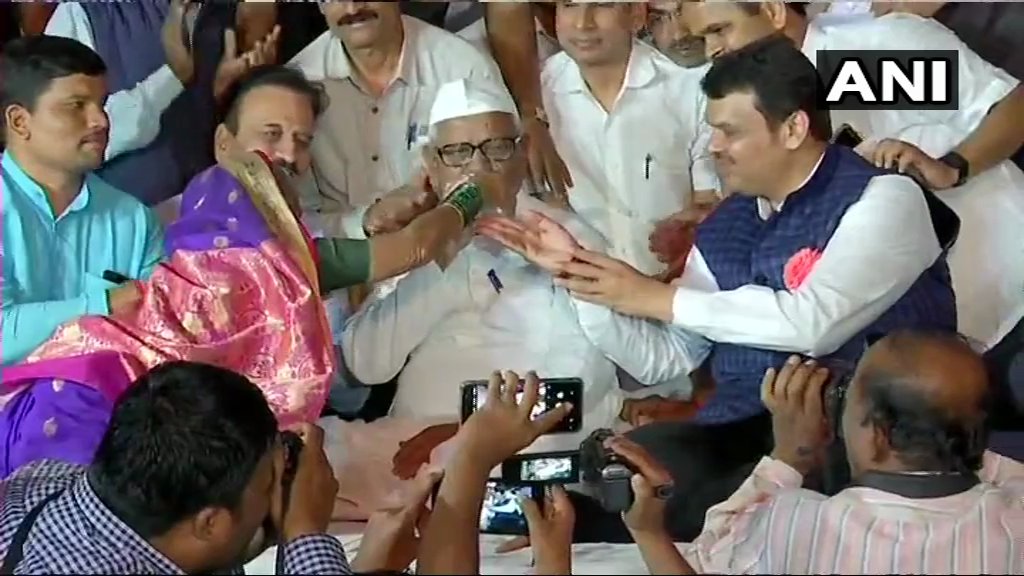 Social activist and anti-corruption campaigner Anna Hazare ended his hunger strike on Tuesday after seven days following assurances from the government on the Lokpal and Lokayukta issues.

He made the announcement in the presence of Maharashtra Chief Minister Devendra Fadnavis and Union Minister of State (MoS) for Defence Subhash Bhamre.

The announcement came hours after Union Agriculture Minister Radha Mohan Singh, along with Bhamre and Fadnavis met him at the venue of the hunger strike in his native place Ralegan Siddhi. They extended support his demand for setting up Lokpal at the Centre and Lokayuktas in the state.

Speaking to media, Fadnavis said the Lokpal search committee will meet on February 13 and directions of the Supreme Court will be followed. “A joint drafting committee has been set up, it will prepare a new bill and we will introduce it in the next session,” he added.

Hazare was on a hunger strike from January 30 demanding the setting up of a Lokpal at the Centre and Lokayuktas in states to address the problem of corruption.