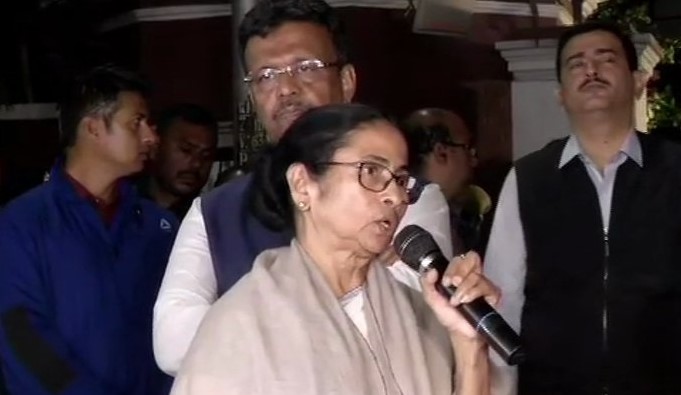 5 CBI officers have been detained by the police. https://t.co/9M4tPdDPTE

ALSO READ: Will break the backbone of terror in J&K, says PM Modi

The Kolkata Police had sought a warrant from the CBI team and failure of which led to the adverse measures. Around five CBI officials have been detained, media reports said.

“This is a witch-hunt by the BJP government and Narendra Modi and Amit Shah. They (BJP) are using brute physical force to destabilise West Bengal. They have compromised on all ethics of politics,” Mamata Banerjee said. “Whenever an election comes close, the BJP does these antics around chit fund scams.”

The West Bengal chief minister also accused National Security Advisor Ajit Doval and said he acts as a puppet of PM Modi and the BJP.

“We respect central agencies. But this is unconstitutional. I am deeply hurt by this act. This is an attack on the federal structure of the country. I believe Rajeev Kumar is a man of honour and I am starting a dharna from this very moment,” the West Bengal CM said.