Home Home Slider ‘Previous government slept through 26/11, but Uri did not let us sleep,’... 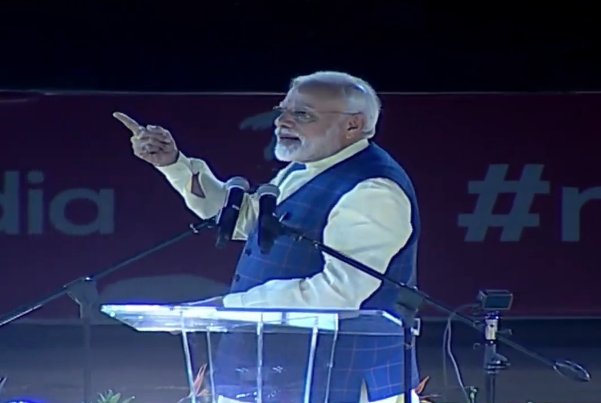 Surat: Prime Minister Narendra Modi launched an attack on the Congress-led government on Wednesday as he said that while the Congress government remained in deep slumber even after the 26/11 Mumbai terror attack that shocked the entire nation, his government swung into action conducting a surgical strike following the Uri attack.

The Prime Minister said that for him every drop of a soldier’s blood is “Holy” and the fire which was burning in every jawans’ heart, was burning in his heart too.

ALSO READ: My visit to you strictly personal, driven purely by my empathy:…

“The previous government slept through 26/11, but Uri did not let us sleep. Drop of every jawan’s blood is holy for us,” he added.

He said that under the previous government’s tenure the terrorists’ attacks were rampant across the nation, but after BJP came to power, terrorists have been limited to Kashmir only.

“There was a time when terrorists’ attacks were rampant across the nation. It has been four-and-half years, the terrorists are now stuck in Kashmir. This is the change that we have brought. If there is will there is a way,” he said.