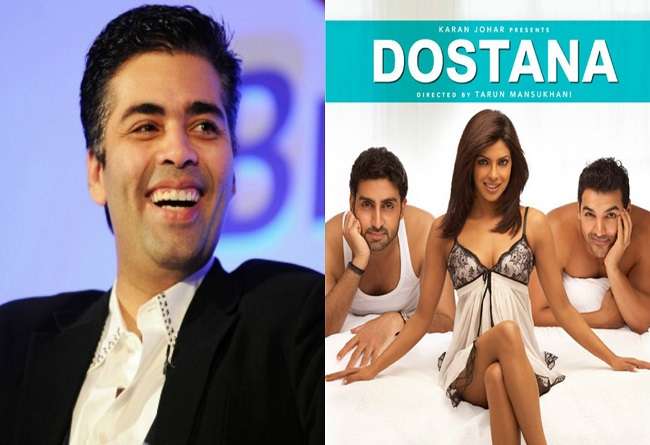 The Tarun Mansukhani’s directorial was one of the rare Bollywood films that focused on gay relationships. However, it seems like the rumour mills have got it all wrong, as filmmaker Karan Johar recently took to Twitter to quash reports of the same.

In a post on Wednesday, January 30, Karan Johar refuted all such claims yet again and said, “For the record…..NO ONE has been officially approached for DOSTANA 2!!!! Some thoughts and ideas are underway but nothing official has moved,”

For the record…..NO ONE has been officially approached for DOSTANA 2!!!! Some thoughts and ideas are underway but nothing official has moved……

According to media reports, Abhishek Bachchan, Vicky Kaushal and Alia Bhatt had apparently been roped in for the ‘Dostana’ sequel. Reports also stated that the Alia who made her debut with Karan Johar’s ‘Student of The Year 2’ is also much eager to work on the film.

The rumours of the making of the second instalment of ‘Dostana’ rolled out after Vicky posted a picture on Instagram with Abhishek on August 21, where the actors were seen funnily embracing each other. The ‘Raazi’ star captioned the post saying, “Dostana ✌🏽??? 🤣 @bachchan #Manmarziyaan #14thSept 📷: @khamkhaphotoartist”