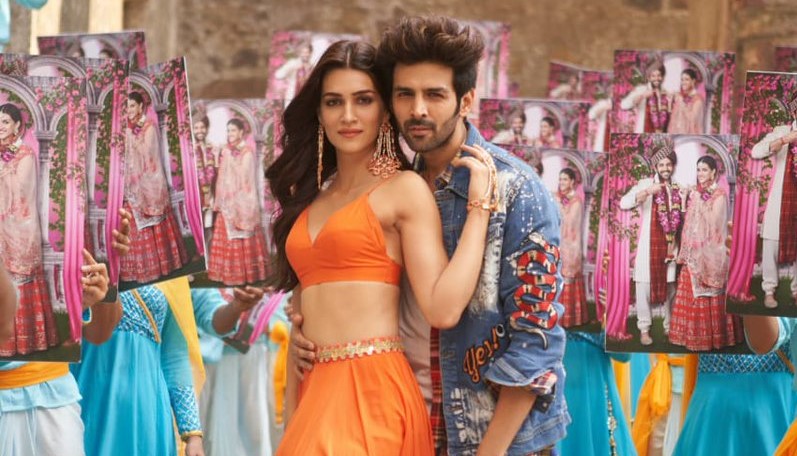 The new song from Kartik and Kriti’s ‘Luka Chuppi’ is out and is leaving many nostalgic, as it recreates the magic from Akshay Kumar and Urmila Matondkar’s ‘Poster Lagwa Do’ (Aflatoon, 1997).

The remix is sung by Mika Singh and Sunanda Sharma and composed by White Noise Studios.

The recently released trailer of the film received an overwhelming response from the audience. The trailer features, Kartik and Kriti Sanon as a couple who are in love and inspired by the concept of live-in relationship, decide to live together without actually tying the knot. Everything seems to be working out fine till their respective families get involved and Kartik’s parents start living with them.

ALSO READ: Angelina Jolie to star in thriller ‘Those Who Wish Me Dead’

Apart from ‘Luka Chuppi’, Kartik will also be seen in the Hindi remake of Kannada blockbuster ‘Kirik Party’. He will also star opposite Ajay Devgn in Luv Ranjan’s next. Kriti has four other films in her kitty, including ‘Arjun Patiala’, ‘Kalank’, ‘Housefull 4’ and ‘Panipat’.