As the nation heads towards the General Elections, any news related to political leaders and parties spread like wildfire on social media.

However, most of the times, people sharing the news don’t bother to check the authenticity of the news.

Recently, a post was shared on Social media claiming that a DNA test proves that Rahul Gandhi is not Rajiv Gandhi’s son. 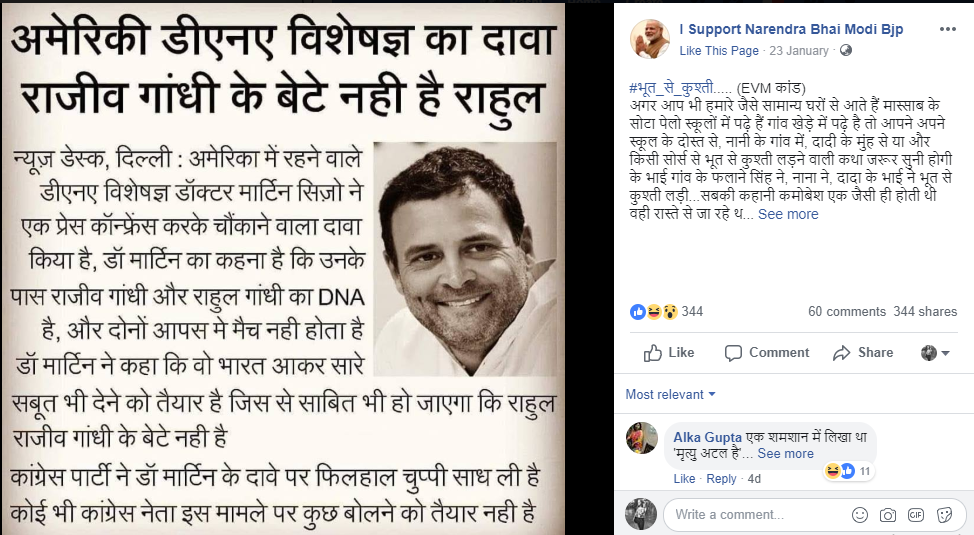 The ‘keyword’ search on various search engines yield no results in regards to this claim. No reports that support this claim could be found except for a Quora link with the question – ‘Should Rahul Gandhi do a DNA test to prove that he is the biological son of Rajiv Gandhi?’

And nowhere in the answer did we find a link to any such reports.

And since Rahul Gandhi is the president of India National Congress and important political figures, it won’t be wrong to say that any such news would have made international headlines if the claims were to be true.