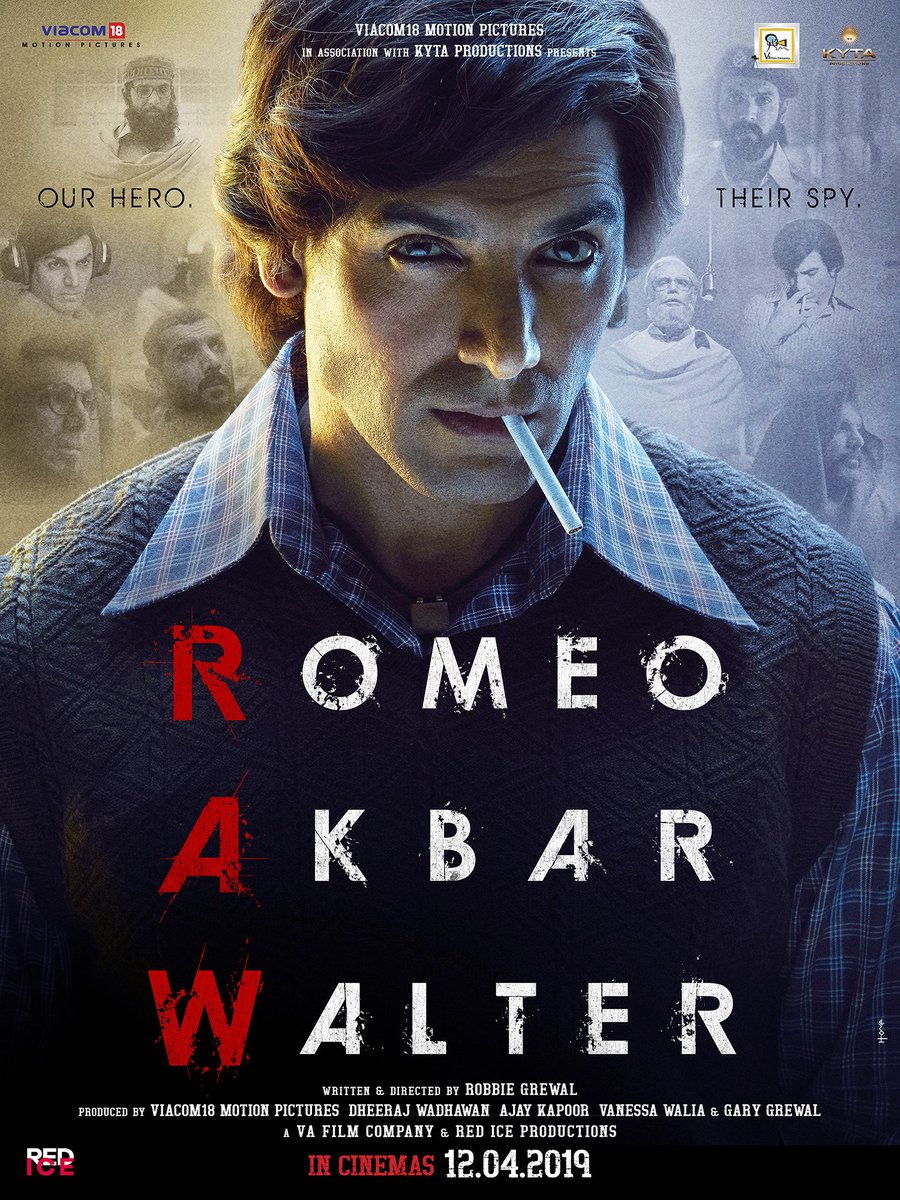 John Abraham sparked interest and intrigue by sharing his look in the upcoming film ‘RAW’ on social media.

The poster of the film ‘Romeo Akbar Walter’ (RAW) shows John staring intently, wearing a checked shirt and cardigan. A cigarette can be seen dangling from his lips as well. Apart from the main photo, the actor can be seen sporting different looks across the poster.

He captioned the post, “One man. Many faces. One mission – to protect his country. Presenting ‘Romeo’ from #RAW, based on the true story of a patriot. #RAWRomeo.”

‘RAW’ is set against the backdrop of the Indo-Pakistan War of 1971 and is said to be inspired by true events. Abraham will sport many other looks in the film, many of those can be seen in the background of the poster.

Romeo Akbar Walter went on floors in June last year and has been shot across several locations including Gujarat, Kashmir and Nepal.

Directed by Robbie Grewal, John Abraham’s second collaboration with producer Ajay Kapoor after ‘Parmanu’, is set to release on April 12.