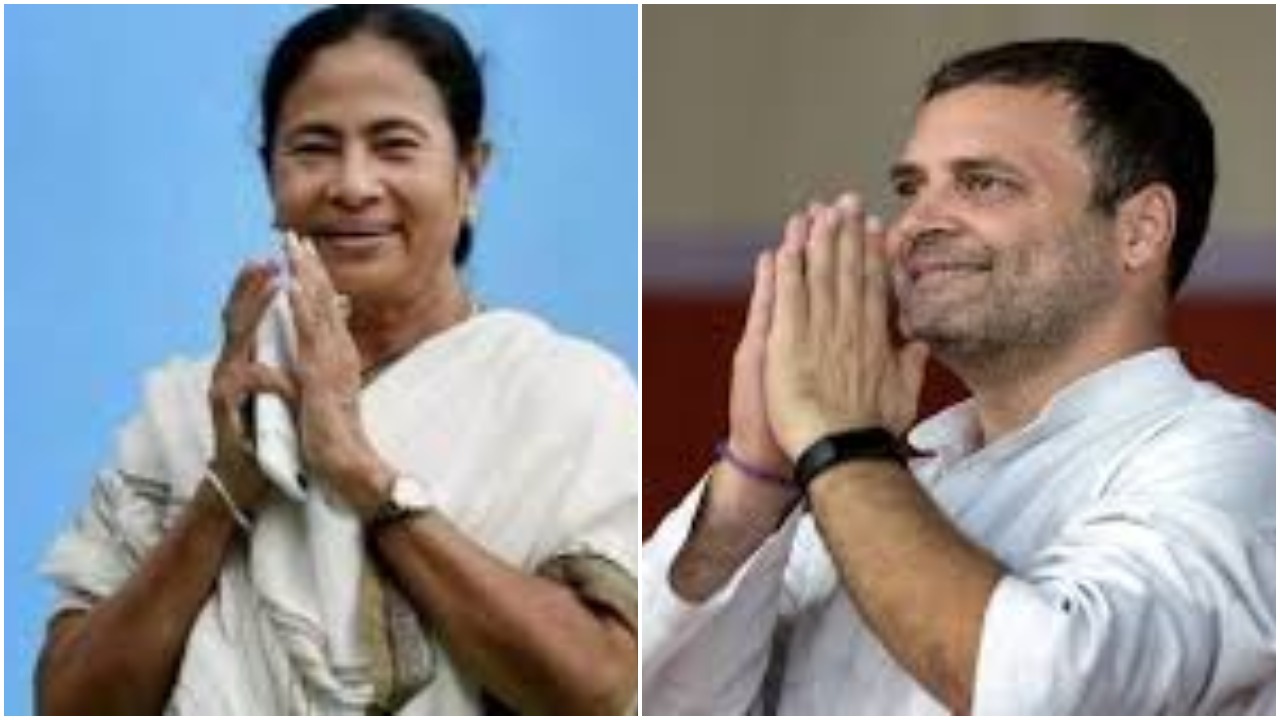 Congress president Rahul Gandhi, who will be skipping the anti-BJP rally in Kolkata on Saturday, wrote to West Bengal Chief Minister and All India Trinamool Congress (TMC) chief Mamata Banerjee extending support to the TMC-led event.

In a letter to the TMC Chief, Rahul said: “We commend the great people of Bengal who have historically been at the forefront of defending our ideals. I extend my support to Mamata Di on this show of unity and hope that we send a powerful message of a united India together.” 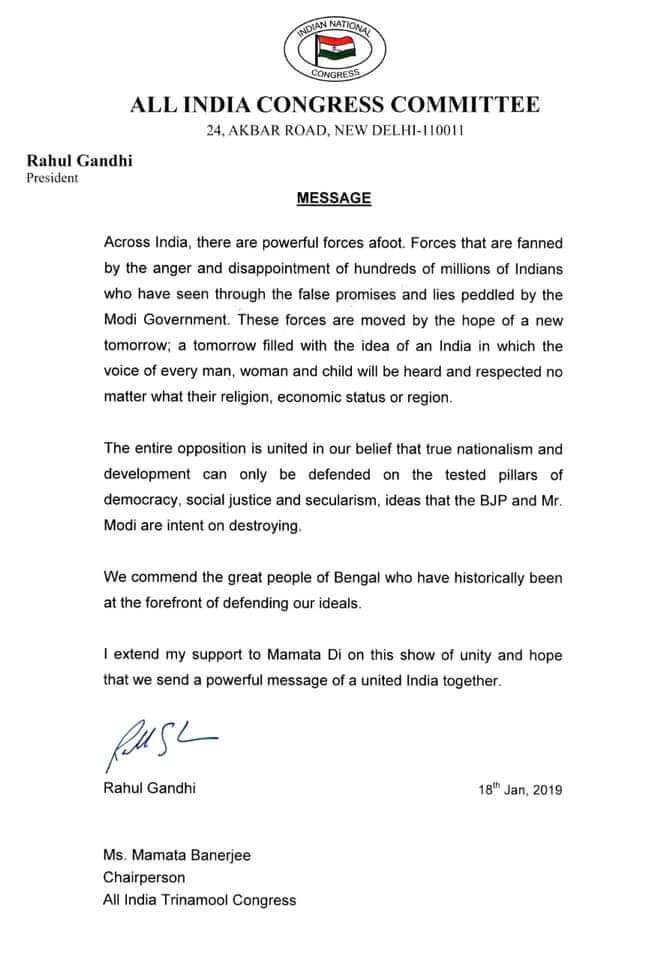 “Across India, there are powerful forces afoot. Forces that are fanned by the anger and disappointment of hundreds of millions of Indians who have seen through the false promises and lies peddled by the Modi Government. These forces are moved by the hope of a new tomorrow; a tomorrow filled with the idea of an India in which the voice of every man, woman and child will be heard and respected no matter what their religion, economic status or region,” he noted.

ALSO READ: After #10YearChallenge BJP takes a dig at the UPA with …

Rahul went on to write: “The entire opposition is united in our belief that true nationalism and development can only be defended on the tested pillars of democracy, social justice and secularism, ideas that the BJP and Mr Modi are intent on destroying.”

The TMC leader also confirmed that the Congress would be represented by senior leaders like Mallikarjun Kharge and Abhishek Manu Singhvi.

ALSO READ: ‘India is now ready for business as never before,’ says PM…

Mamata has been touring the country since the last one year in an effort to shore up a strong and united opposition front to fight the Lok Sabha elections against the BJP.