At innings break at the Melbourne one day international on Friday, Australia was all out for 230 in 48.4 overs in the final match of the series, with a clinical performance from the Indian bowlers. Chahal had the best bowling figures of 6/42. 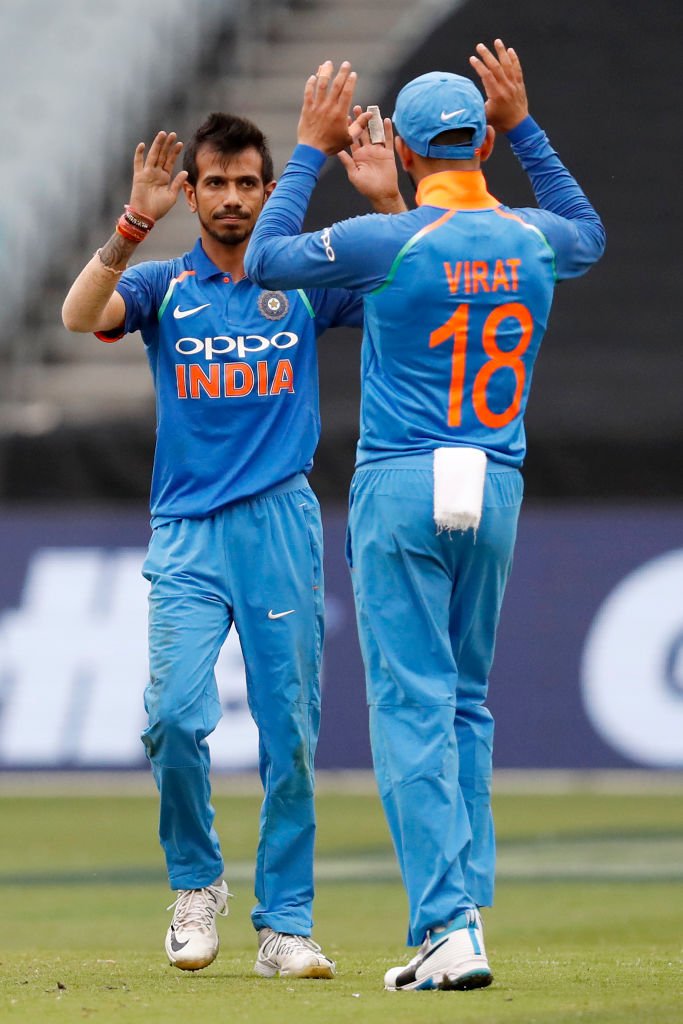 Glenn Maxwell walked back to pavilion after a brilliant catch by Buvnehswar Kumar in the third and final ODI of the three match series.

India opted to bowl first after winning the toss.  Ahead of the toss, all-rounder Vijay Shankar was handed over his debut cap. 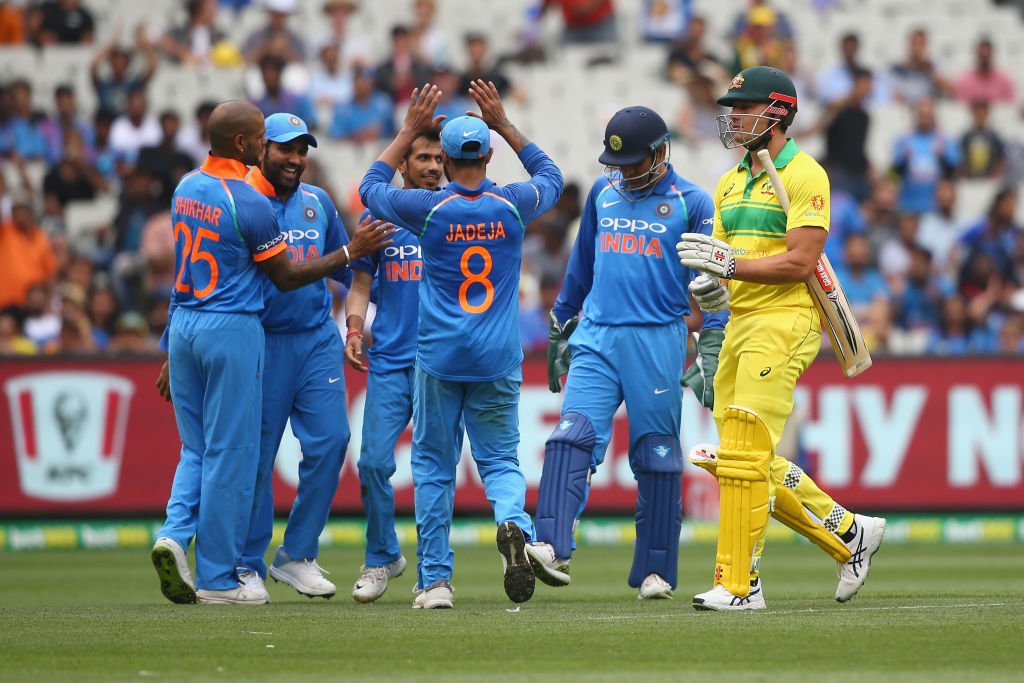 Indian skipper Virat Kohli said that since rain is in the forecast, batsmen may never get the chance to settle in the first innings, which is the reason they want to go with the ball first.

Talking about the team combination, Kohli informed that Kedar Jadhav is in for Ambati Rayudu while Yuzvendra Chahal has replaced Kuldeep Yadav for the match.

“It’s overcast and it might be stop-start, so as a batsman you may never get momentum. We have had a good time here. Levelling the series was important, now we want to finish it off with a win. It can get difficult after a Test series like that to get into the zone. I had to step up for the team and MS played superbly as well,” Kohli said.

“Mohammad Siraj is out and we have Vijay Shankar making his debut in his place. Kedar is in for Rayudu, and we have a leggie for a leggie: Chahal replaces Kuldeep,” he added.

Australian captain Aaron Finch admitted that he would have also opted to bowl first keeping in sight the weather conditions. He further informed that pacer Jason Behrendorff is in for Billy Stanlake and spinner Adam Zampa has replaced Nathan Lyon in the squad.

“I would have bowled first as well. Jason Behrendorff is dealing with back issues and Billy Stanlake is in for him. And Adam Zampa is in for Nathan Lyon. It might be on the slower side to start with, and with not much sun around, it may not change all that much. Would have liked to bowl first but not all that disappointed. It’s all set up for a good series decider,” Finch said.

After registering a dominant victory against Australia in the Test series, India have placed themselves perfectly to win the ODI series as well.

Following are the playing XI of India and Australia: