If few reports are to be believed the Hyderabad Police banned the Kite flying on the occasion Makar Sankranti.

One of India’s largest newswire PTI published the report on January 12th with the headline which read: “Kite-flying banned during Sankranti festival in Hyderabad”. 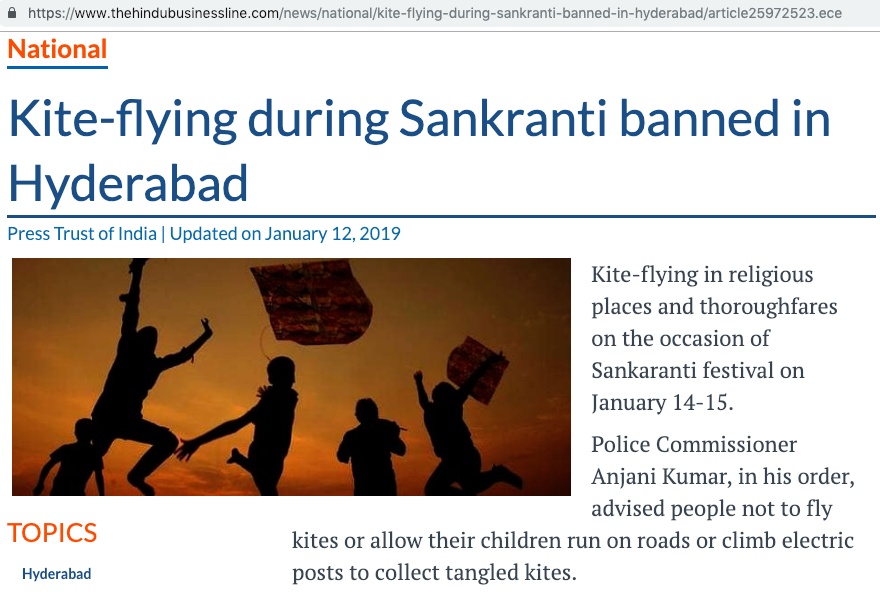 The report read that “The police official said parents must advise their children not to fly kites from terraces which do not have parapet walls to avoid any untoward incident.”

On verifying the facts we found that the claims in the above report are not true and the Hyderabad Police didn’t release any such orders.

In an audio message by Police Commissioner Anjani Kumar which was posted on Hyderabad Police official Twitter handle, Kumar clarified that it was a rumour and flying kites were not banned in Hyderabad on January 14th and 15th.

“There is some rumour spread by some unauthorized person regarding banning of kite-flying on the festival of Sankranti. I want to make it very clear that there is no ban on flying kites. Sankranti is a festival of kites, so how can anybody think of banning it?,” Kumar said.