Home Home Slider Turkey issued a postage stamp but it was NOT EXCLUSIVELY for PM... 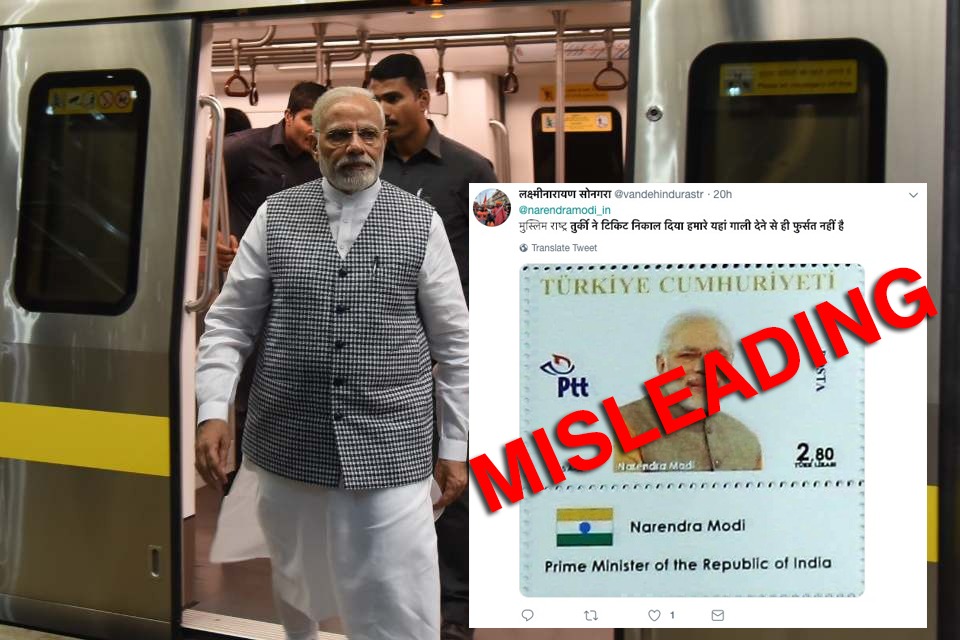 A post is making rounds on social media which claims that a postage stamp has been issued by the Turkish government which is dedicated to Prime Minister Narendra Modi and the Indian national flag is on it with the text inscribed in the stamp at the bottom reads, “Narendra Modi Prime Minister of the Republic of India”.

The caption with the viral picture read:

(Translation: Turkey has issued a ticket while here they don’t have time except to abuse) 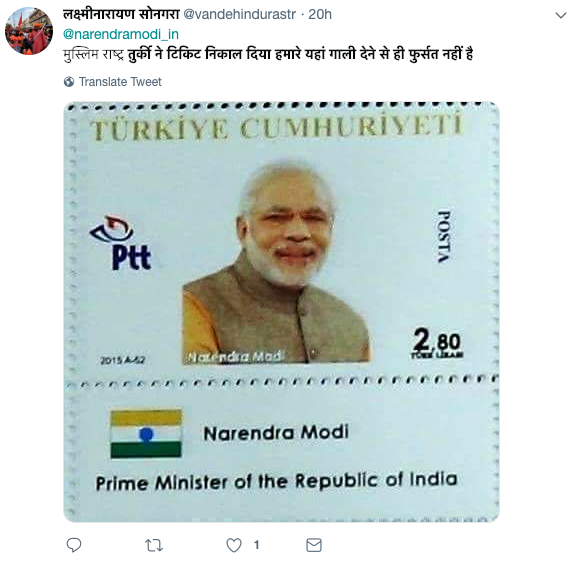 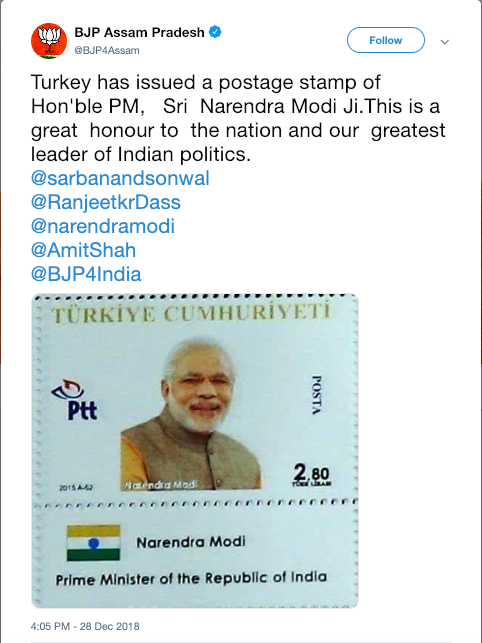 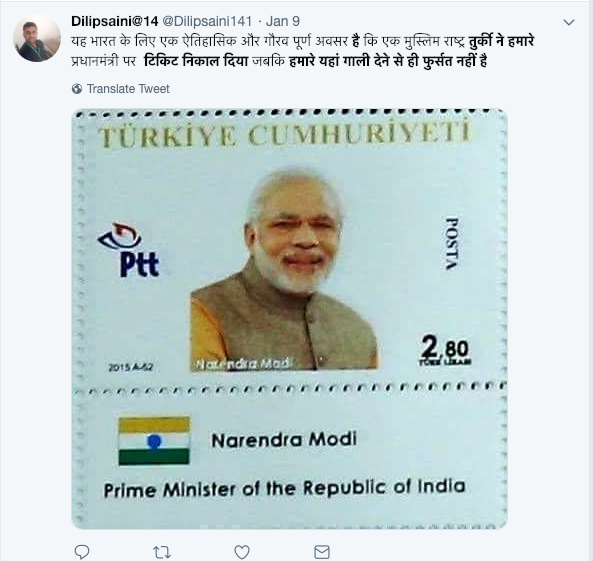 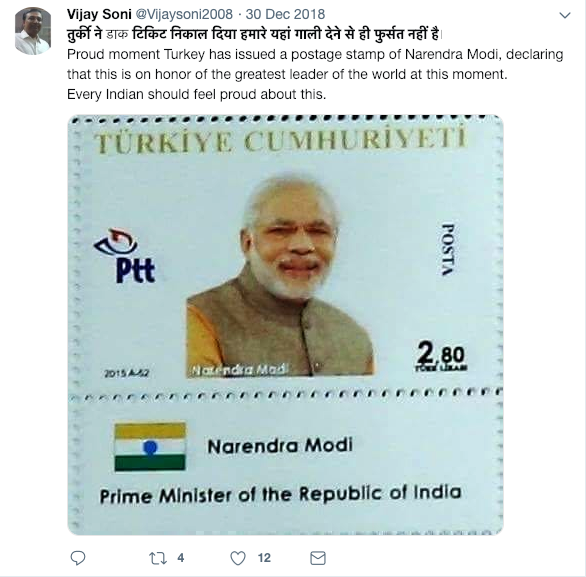 When NewsMobile Fact Checked the above post we found out that claims in the viral post are slightly misleading. It’s true that a stamp was issued by Turkey but it was not exclusively for PM Modi.

A personalised postage stamp for ALL the leaders present in the G20 Antalya Summit was issued by the Turkish Postage which held on 15 November 2015.

President Erdoğan presented a special edition stamp collection of all the leaders attending the #G20AntalyaSummit https://t.co/3LHjkJHIGs