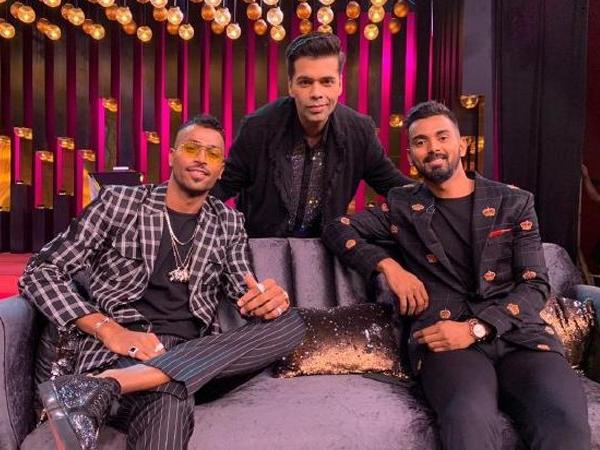 Indian cricketers KL Rahul and Hardik Pandya appeared on highly popular show Koffee with Karan, hosted by none other than Bollywood director and producer Karan Johar.

Both Hardik and Rahul have some interesting moments in the show and reveal a lot of secrets.

ALSO READ: Here’s what Sara Ali Khan’s mother has to advise on her crush over Kartik Aaryan

Both of them were asked few tricky questions during the famous ‘Rapid-fire round,’ and in one of the questions both were asked who was the better batsman between current Indian skipper Virat Kohli and cricket legend Sachin Tendulkar.

Apart from this, K L Rahul told that he used to have a crush on Malaika Arora, Karan Johar made the biggest revelation. He finally confirmed that Arjun Kapoor and Malaika Arora are a couple and they are indeed dating!