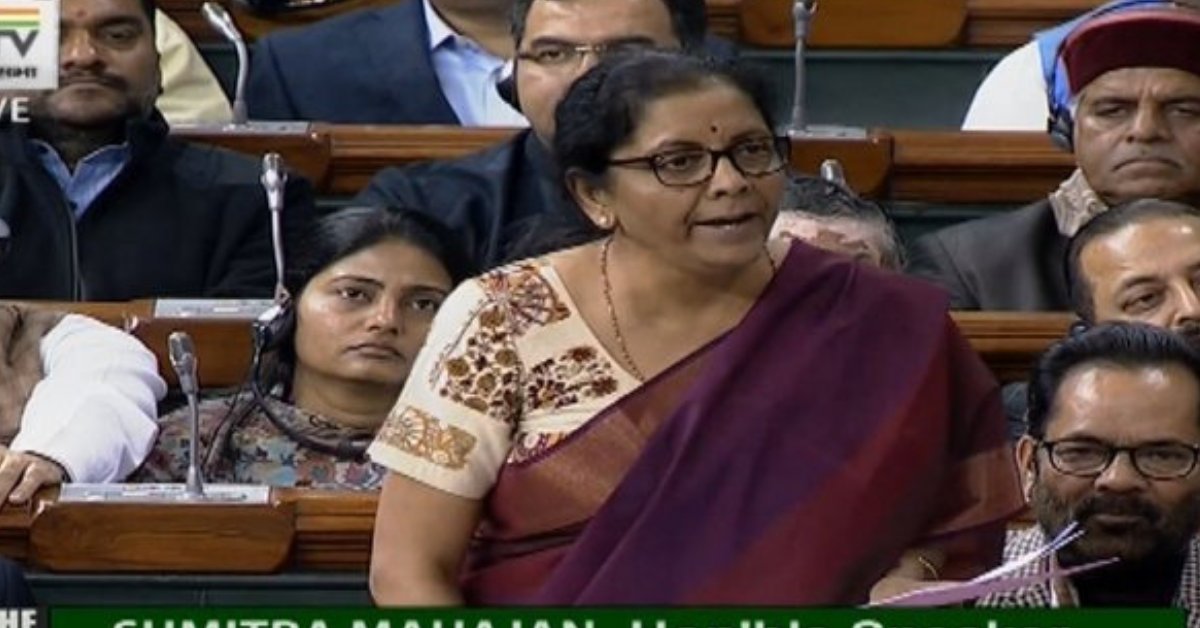 New Delhi: The Rafale Debate is echoing in the Lok Sabha as Defence Minister Nirmala Sitharaman on Friday replying to an acrimonious debate, accused the Congress of scrapping an earlier deal when it was in power because it ‘didn’t get the money’ and ignored social security in favour of its “treasury security”.

“Bofors was a scam, Rafale is not. It is a decision in the national interest. They lost an election because of Bofors. Rafale will bring Prime Minister Narendra Modi back,” Sitharaman said referring to the infamous Bofors scandal.

Defence Minister further alleged that the Congress was shedding crocodile tears on HAL (Hindustan Aeronautics Limited) not getting the offset contract with Rafale-maker Dassault as the party did nothing to scale up the capacity of the state-run company.

ALSO READ: Controversy is only in the minds of the Congress: Sushma Swaraj…

“You stopped the deal, forgetting that the Air Force was suffering. You didn’t conclude the deal because it didn’t suit you. The deal didn’t get you money. They did not intend to buy the aircraft till something else was done. There is something different between defence deal and deal in defence,” Ms Sitharaman said in her response to the three-day debate.

“We don’t do defence dealings. We deal in defence with national security as our priority.”

The Congress alleges that the BJP-led government scrapped a deal for 126 aircraft negotiated by the previous UPA government to go for an overpriced deal for 36 aircraft only to help Anil Ambani, whose inexperienced defence company bagged an offset contract with Dassault.

“Our price of the basic Rafale aircraft is Rs. 670 crores, which is nine per cent cheaper than what the UPA deal would have cost. That is 737 crores,” she said.

She said the assumption that the Rafale fighters were available off the shelf was “mistaken”, referring to the 126 aircraft deal. Eighteen of those jets were to be delivered in fly-away condition.

The minister accused the Congress of misleading the country by saying that the current government reduced 126 Rafale jets to 36. “The Congress was supposed to buy 18 in fly-away condition, the NDA raised that to 36,” she said.