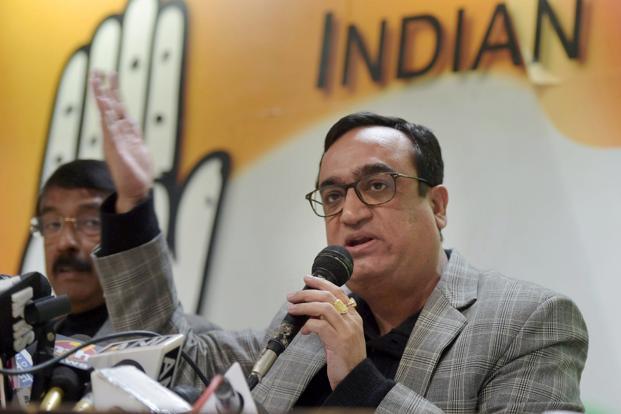 New Delhi: In a surprising move, Ajay Maken resigned as chief of the Congress in Delhi.

Maken met Rahul Gandhi last night before announcing his resignation in a tweet. “After the 2015 assembly election, in the past four years as Delhi Congress resident, I received immense love and support from Rahul Gandhi, workers and the media. It was not easy in these difficult circumstances. I am grateful,” he tweeted in Hindi.

He took over as Delhi Congress president in 2015 after the party lost the assembly polls in the national capital after three terms in power.

It is believed he has given health reasons for resigning. But if reports are to be believed, there is a possibility of Ajay Maken being given a new central role or even contesting the Lok Sabha election.