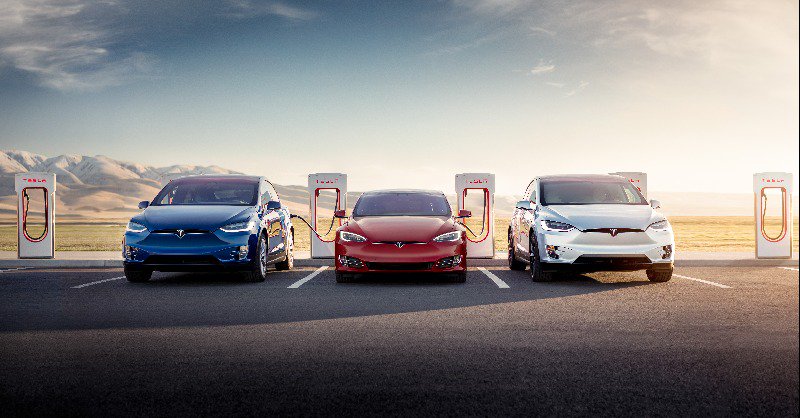 Tesla, considered a synonym to prominent electric cars, has been expanding its fast chargers network across the globe in a bid to keep up with the increasing demand.

The latest tweets from Tesla state that the company has set up a huge 3100 ‘Superchargers’ globally in 2018 and will continue to expand its reach in 2019. Currently, Tesla’s network covers 99% of the US population and 97% of Europe’s population.

To ease out the process of locating a fast charger for the customers, they can make use of the the trip planner on the Tesla app, which can also be accessed from the ‘jumbo-size’ infotainment touchscreen. It is similar to the google maps and guides the driver to a nearby fast charging station and intimates the driver of all the stations along the route. It also shows all the fuel stations, eateries and more along the route and will also warn the driver if he’s running low on charge.

3/ Trip Planner automatically guides you to convenient Superchargers along your route. Just enter a destination and your Tesla tells you when, where, and how long to charge before continuing your journey pic.twitter.com/wPjqx2HRLQ

While no other automaker has been as active as Tesla in setting up fast chargers around the globe, Tesla can only gain momentum in the markets and countries where there is a well established charging infrastructure.