“Atal Ji wanted democracy to be supreme. He built the Jana Sangh but when the time came to rescue our democracy he and others went to Janata Party. Likewise, when the choice was between remaining in power or comprising on ideology, he left Janata Party and formed the BJP,” PM Modi said on Monday. 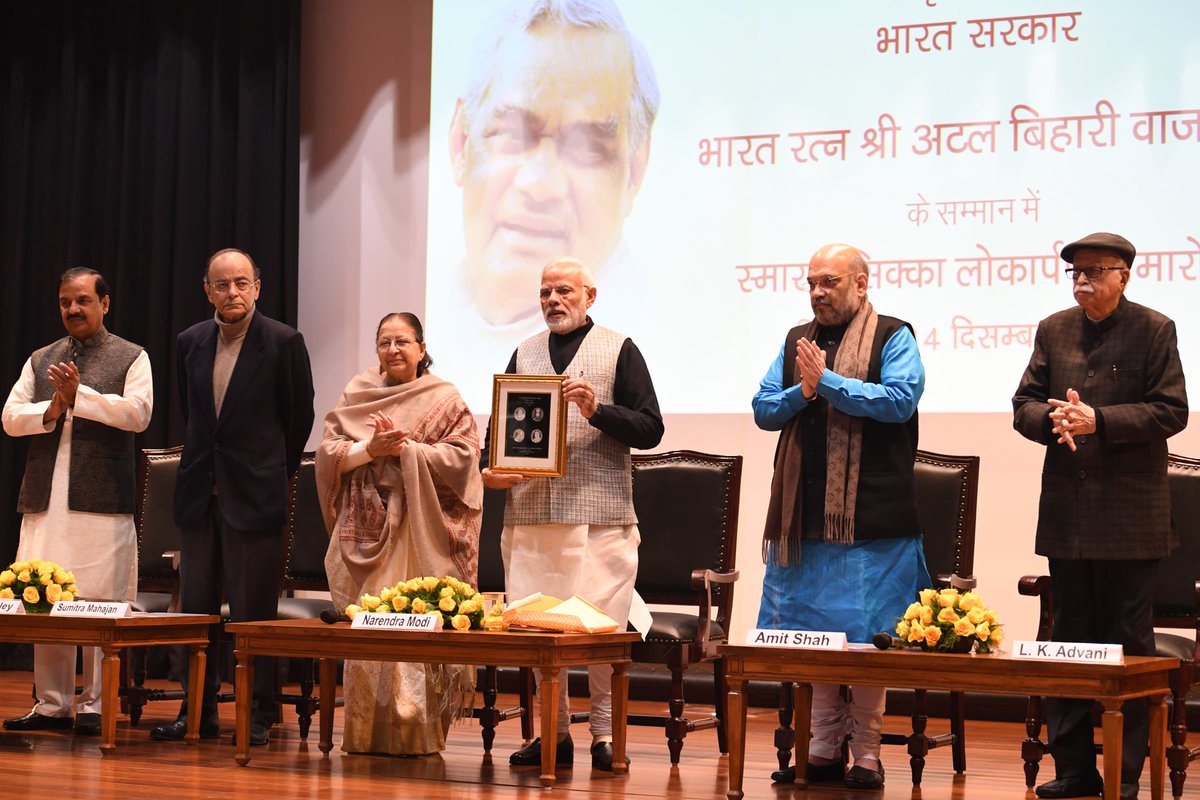 Vajpayee passed away earlier this year on August 16 at All India Institute of Medical Science (AIIMS) in Delhi following a prolonged illness. He was 93.

The 100-rupee coin has the image of the former prime minister and his name in Hindi and English.  The coin is made of silver, copper, nickel and zinc and weighs 35 gram.

On the flipside, the coin has the state emblem with “Satyameva Jayate” inscribed below.

PM @narendramodi is speaking at the programme of releasing a commemorative coin in memory of beloved Atal Ji. https://t.co/KOH5uwABkJ 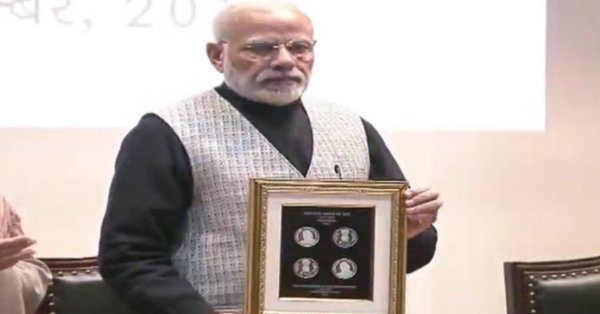 “For some people, power is oxygen…they can’t live without it. A long part of Atal Ji’s career was spent in the opposition benches but he spoke about national interest and never compromised on the ideology of the party,” PM Modi said on Monday remembering Vajpayee.
The stalwart led the National Democratic Alliance government from 1998-2004, was the first ever person from the BJP to have become the nation’s Prime Minister. Vajpayee served as Prime Minister thrice – 13 days in 1996, and then for 13 months in 1998 and then almost six years starting 1999.

His birthday, which falls on December 25, is celebrated as ‘Good Governance Day’ by the BJP. He decorated with Bharat Ratna was in 2014.