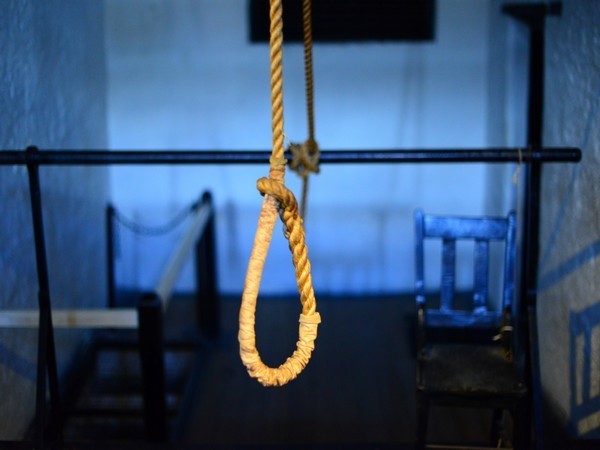 A former senior Genpact executive committed suicide earlier this week in his apartment in Noida, Uttar Pradesh after two colleagues levied sexual harassment charges against him.

The charges against the executive identified as Swaroop Raj, an Assistant Vice-President with Genpact, were being investigated by an internal complaints committee, and he had been suspended for the duration. 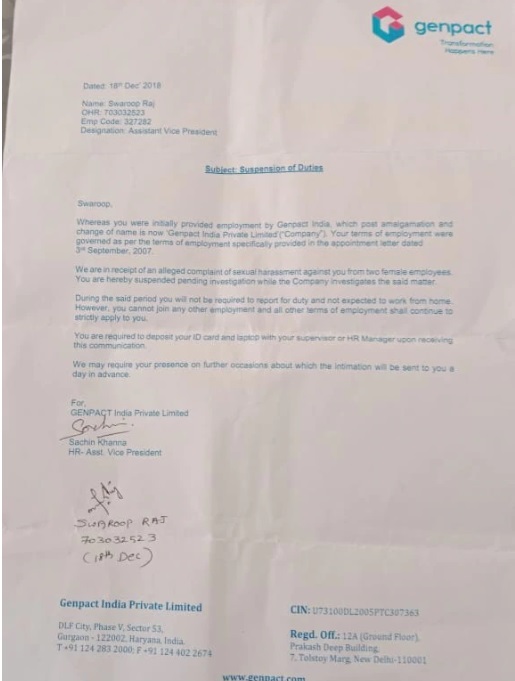 In his suicide note, Raj claimed that the charges against him are baseless and he does not have the courage to face them. 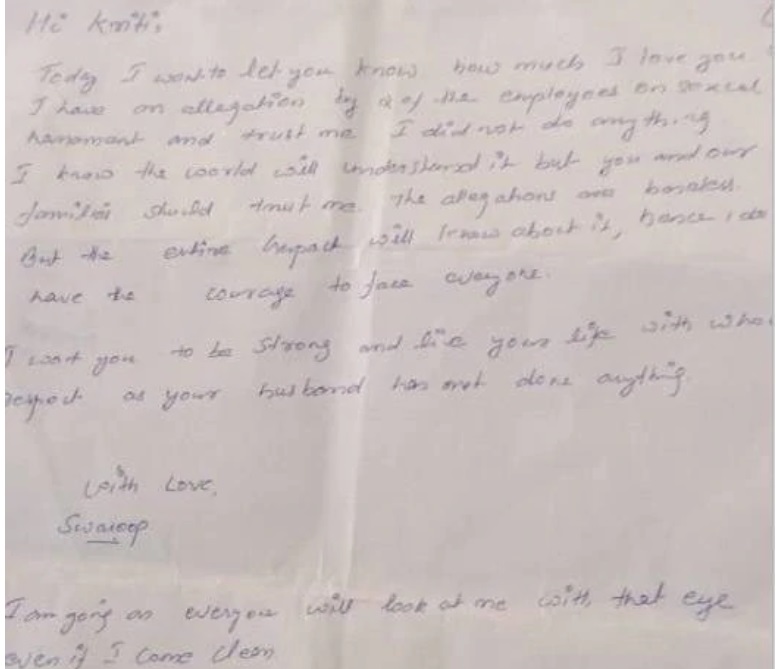 Raj lived with his wife Kriti in a highrise Paramount apartment in Sector 137, Noida. The couple, who met while working in Genpact and had married two years ago, according to the report.

His wife entered the apartment to find Raj hanging from the ceiling fan. The suicide note and suspension letter were recovered beside the body.

The body was taken away for postmortem.

Raj had joined Genpact in 2007 and slowly rose the ranks.