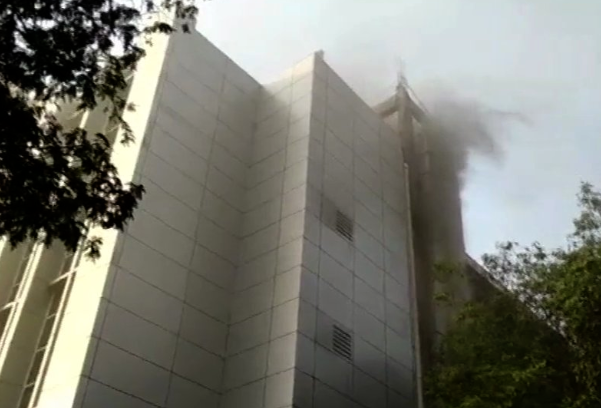 Mumbai: At least six people lost their lives and several were left injured as a massive fire engulfed a hospital in suburban Andheri area of Mumbai on Monday.

A number of doctors, nurses, and patients are feared trapped in the ESIC Kamgar Hospital, the department said.

Ten fire tenders were pressed into service and the firemen are making efforts to douse the blaze. A rescue van and 16 ambulances are at the spot to provide necessary assistance.

As per officials, the injured have been rushed to Cooper Hospital, P. Thakrey Hospital (Trauma), Holi Spirit Hospital and Seven Hills Hospital for treatment.