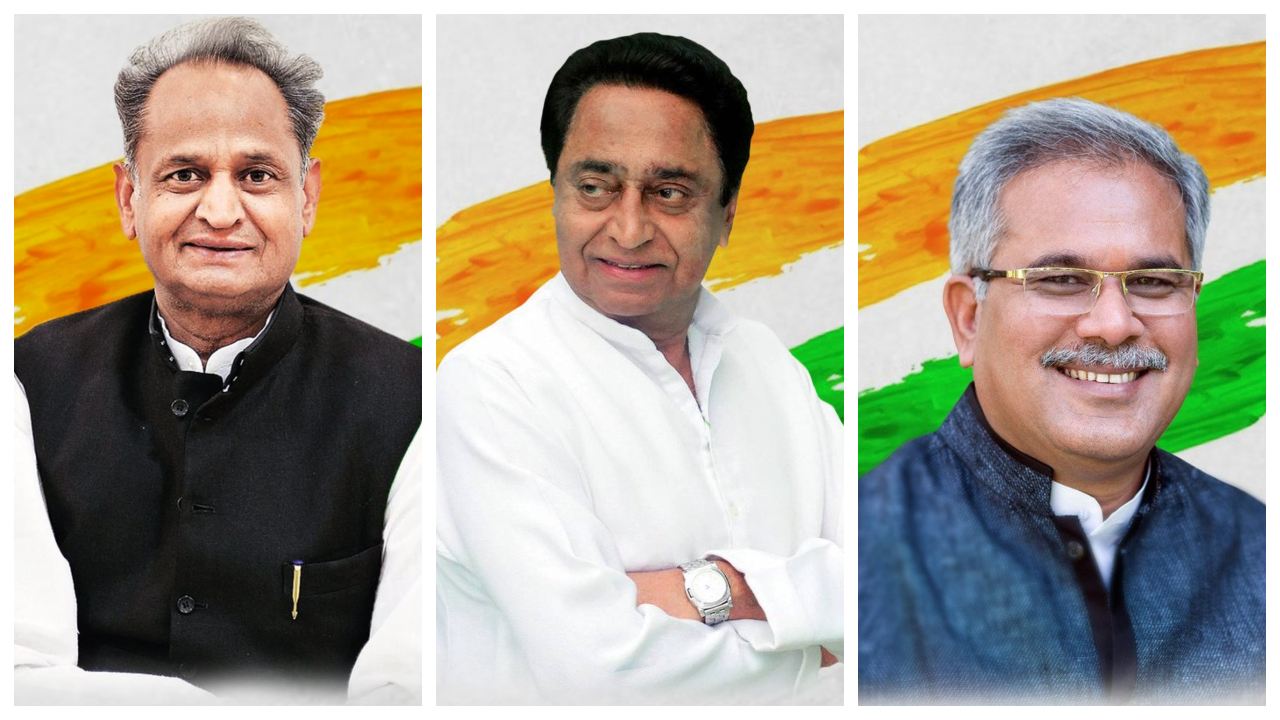 Monday marks a big day for Congress as all three CM designates, chosen after hours-long meetings and much dilemmas, are all set to take the oath of office.

Not just this, but many leaders from several other parties are expected to attend the ceremony, making it another show of opposition unity.

Rajasthan CM designate Ashok Gehlot will be the first to take oath in Jaipur, Kamal Nath will be sworn-in at around 1 pm in Bhopal while Bhupesh Baghel oath-taking ceremony will take place in Raipur at 4 pm.

Congress President Rahul Gandhi will be present in all three ceremonies and according to PTI, Andra Pradesh CM N Chandrababu Naidu might also make it to all three events.