Home Home Slider Ashok Gehlot sworn-in as the CM of Rajasthan; Pilot as his deputy 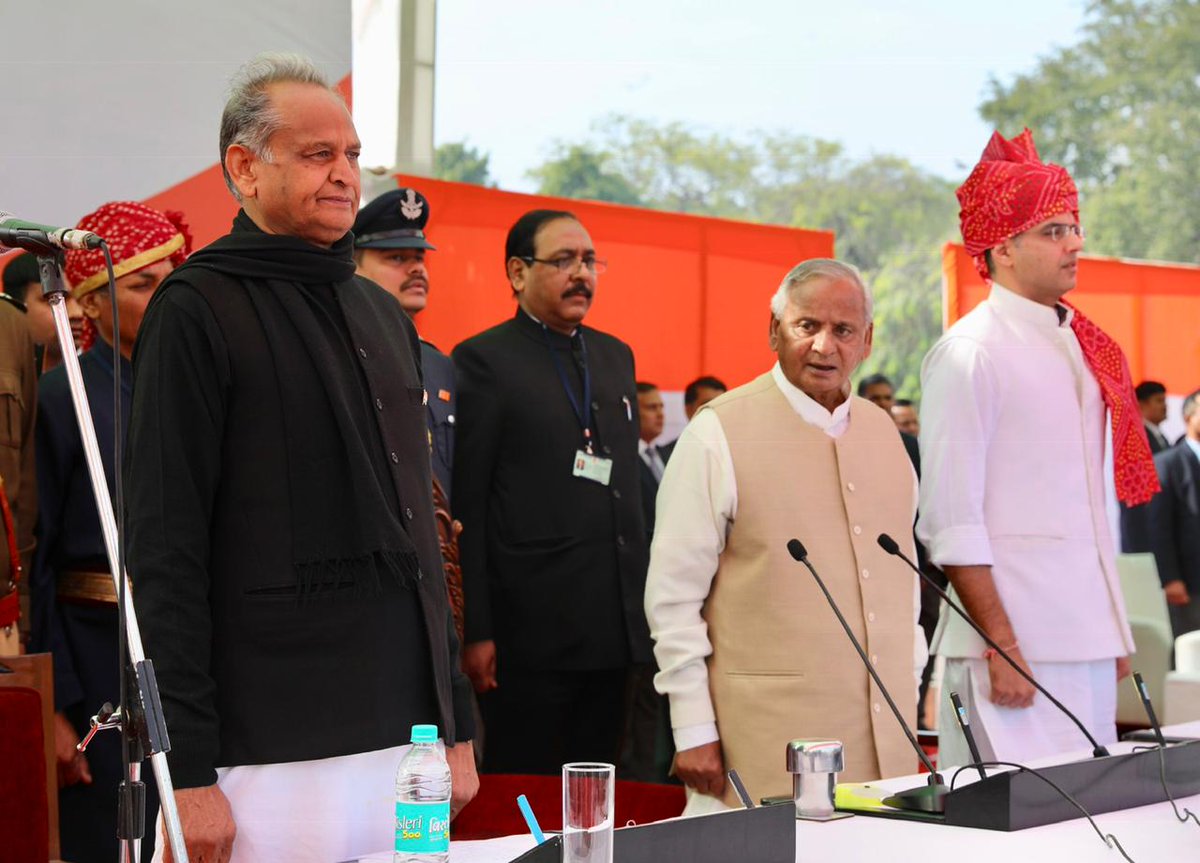 Congress leaders Ashok Gehlot and Sachin Pilot were sworn-in as Chief Minister and Deputy Chief Minister of Rajasthan, respectively, at the front lawn of famous Albert Hall Museum on Monday.

The Governor of Rajasthan, Kalyan Singh, administered the oath of office and Constitution to Gehlot and Pilot at a special swearing-in ceremony.

This swearing in was the first of the three scheduled for today – Kamal Nath will take oath in Madhya Pradesh and Bhupesh Baghel in Chhattisgarh – after the Congress wrested the three states from the Bharatiya Janata Party a week ago.

Congress president Rahul Gandhi, who attended the Rajasthan swearing-in, will also be present in the oath-taking ceremonies functions in Madhya Pradesh and Chhattisgarh as well.