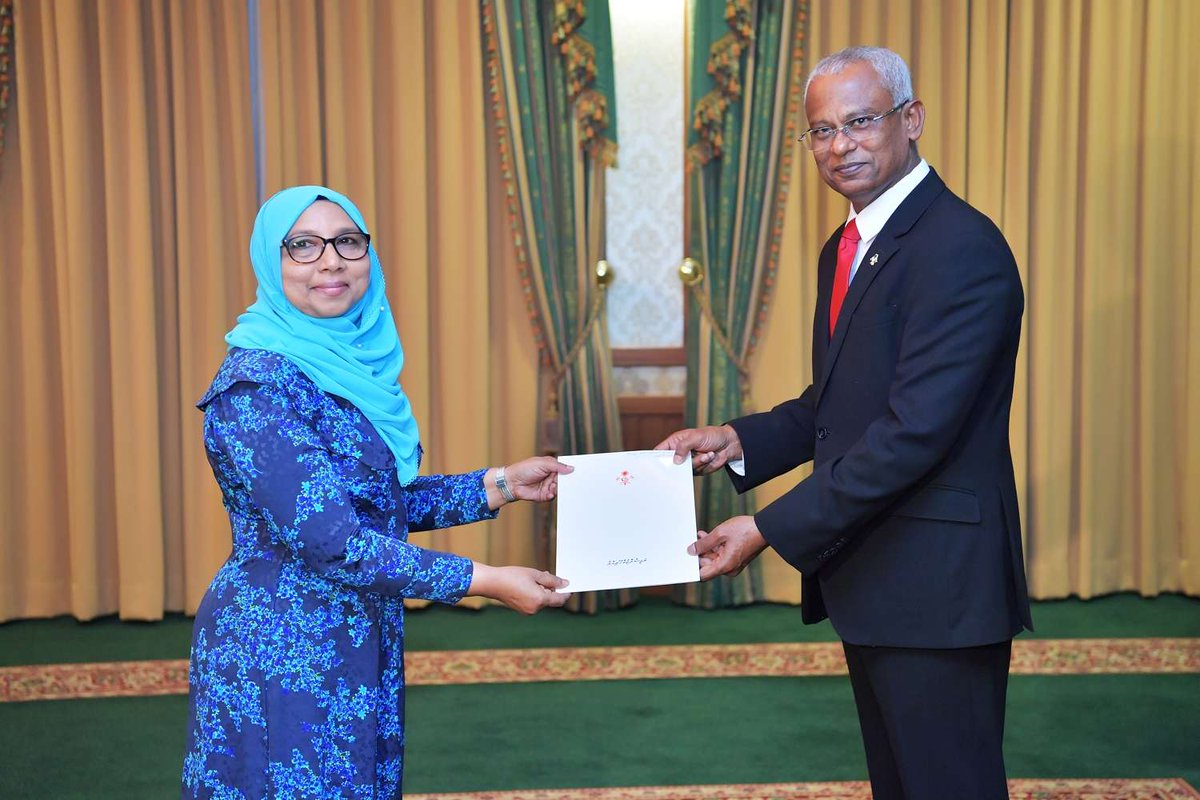 Maldives President Ibrahim Mohamed Solih appointed Aishath Mohamed Didi as the new Ambassador of Maldives to India at a ceremony held at the President’s office on Saturday.

The new appointment came just a day before Solih’s maiden three-day visit to India from December 16 to December 18, during which agreements are expected to be exchanged between India and Maldives.

Didi will be replacing Ahmed Mohamed, who is also the non-resident Ambassador of Maldives to Afghanistan and Bhutan, as the new Maldivian Ambassador to India. It is not yet announced as to when Didi will be joining office.