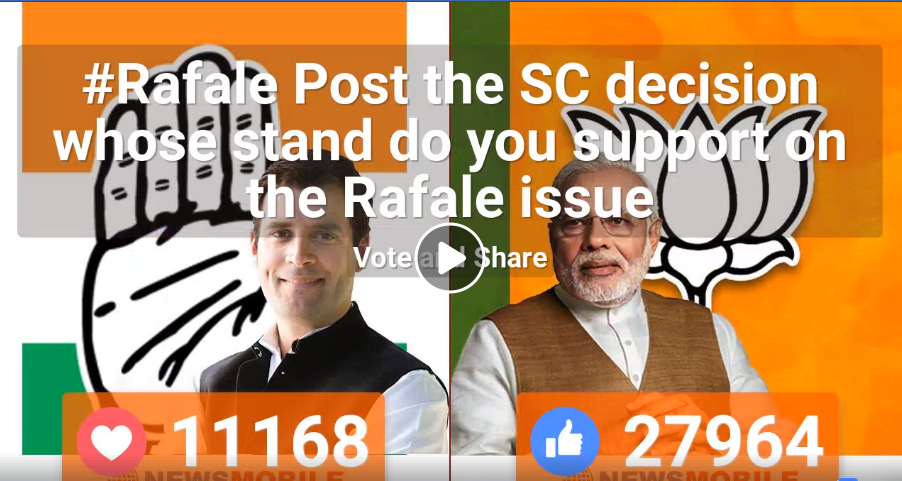 The Supreme Court of India on Friday dismissed all the four petitions which sought a court-monitored CBI probe into the purchase of 36 Rafale fighter jets in a ready-to-fly condition from French company Dassault Aviation.

NewsMobile conducted a social media poll seeking the answer to whose stance does the public favour post SC’s decision on the Rafale Deal.

A total of 39, 132 people participated in the poll and a clear majority stood by PM Modi’s stand on the deal.

28.5% people supported the Rahul Gandhi- led Congress’ stand on the deal while the remaining 71.3% voted for Modi and his stand post the verdict by SC on the Rafale deal.

ALSO READ: The Rafale Judgement: All you need to know

Here’s what the court had to say on the matter-