At least 11 people were killed and several injured in Poonch district of Jammu and Kashmir after a bus fell into a gorge on Saturday.

#JammuAndKashmir: At least 11 dead after a bus skidded off the road and fell into a deep gorge in Plera in Mandi tehsil of Poonch district today, multiple injuries reported. The bus was heading towards Poonch from Loran. More details awaited. pic.twitter.com/nJylRzLDPI

The bus was travelling from Loran to Poonch when it skidded off the road fell into a deep gorge in Plera. According to initial reports, the driver lost control of the bus at a sharp turn on a steep road. 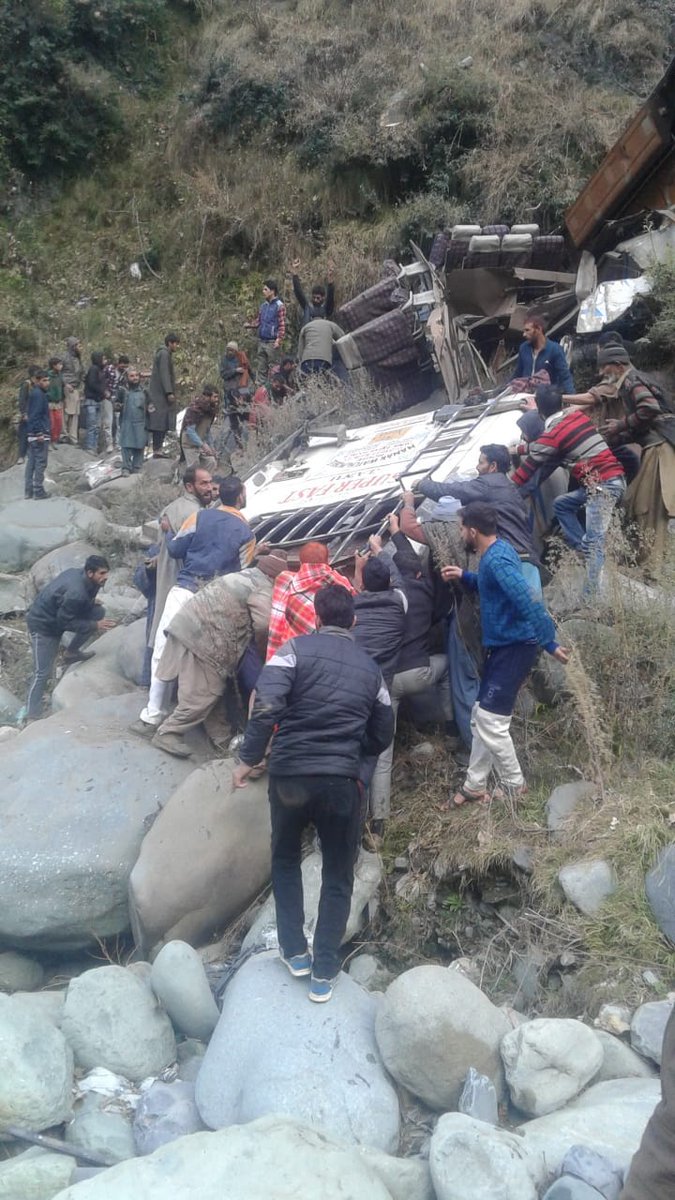 As per news reports, the rescue and search operations have commenced at the accident the injured have been shifted to a sub-district hospital in Mandi for treatment.