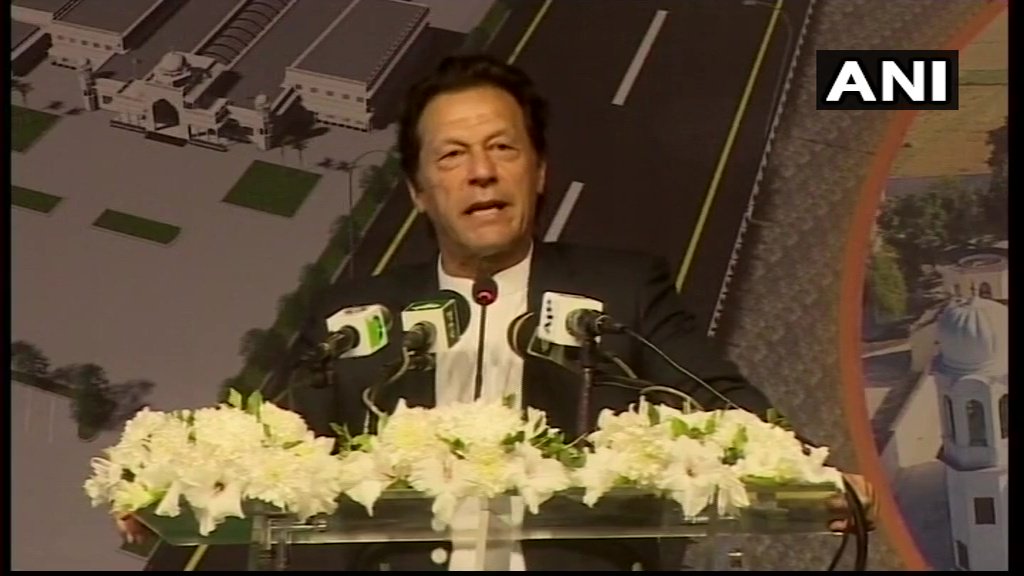 Pakistan’s Prime Minister Imran Khan, while laying the foundation of the Kartarpur corridor said that his entire country is on the same page and Kashmir is the only issue between Pakistan and India. “The only issue between us is Kashmir, all it needs is just two capable leaderships to resolve this issue. Just imagine the potential we have if our relationships get strong,” Khan said.

Talking about Navjot Singh Sidhu he said that Sidhu is welcome to contest the election in Pakistan” I heard there was a lot of criticism of Sidhu when he went back after my oath-taking ceremony. I don’t know why was he criticised. He was just talking about peace & brotherhood. He can come and contest election here in Pakistan’s Punjab, he’ll win.”

Singh Sidhu recites poetry in praise of Pakistan PM Imran Khan at the ground-breaking ceremony of #KartarpurCorridor in Pakistan. pic.twitter.com/DJqXG8pa4j

Badal gets emotional while talking about the Kartarpur Corridor, in Pakistan. Badal said it was an emotional moment for her to visit the historic Kartarpur Sahib gurdwara in Pakistan.

The foundation stone for the Kartarpur corridor was laid at Dera Baba Nanak in Punjab’s Gurdaspur district by Vice President M Venkaiah Naidu and Singh on Monday.

The corridor will facilitate easy passage for Sikh pilgrims to the historic Gurdwara Darbar Sahib Kartarpur in Pakistan.

The decision to build passage from Dera Baba Nanak in Gurdaspur district to the International Border was taken by the Union Cabinet on November 22.