Home Home Slider A corridor to be built from Gurdaspur to Kartarpur Sahib in Pakistan:... 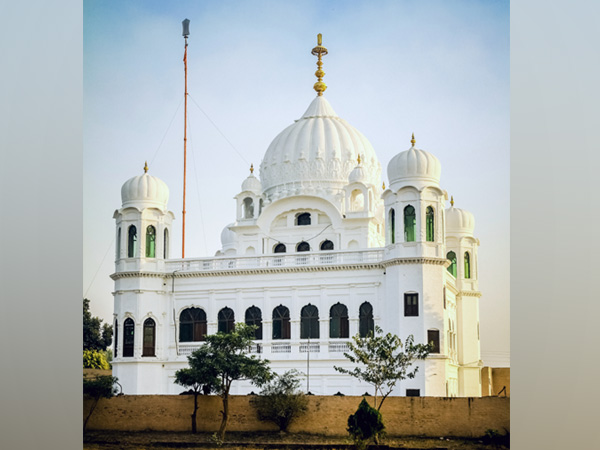 In landmark decision, the Union Cabinet on Thursday approved building and development of the Kartarpur corridor from Dera Baba Nanak in Gurdaspur district to International Border.

Home Minister Rajnath Singh said that the Kartarpur corridor project will have all modern amenities and facilities and the project will be funded by the central Government.

The government of India has decided to celebrate the 550th Birth Anniversary of Shri Guru Nanak Devji in 2019 throughout the country and worldwide, in grand and befitting manner, he said.

The Kartarpur corridor will provide smooth and easy passage to pilgrims to visit Gurdwara Darbar Sahib throughout the year.
He further urged the government of Pakistan to reciprocate and develop a corridor with suitable facilities in their territory.

The development of Kartarpur corridor from Dera Baba Nanak in Gurdaspur district to the international border will facilitate pilgrims from India to visit Gurdwara Darbar Sahib Kartarpur on the banks of the Ravi river, in Pakistan, where Shri Guru Nanak Devji spent eighteen years. With this infrastructure development, pilgrims would be able to visit the holy shrine throughout the year.

In September, Punjab minister Navjot Singh Sidhu triggered a controversy claiming that, during his visit to the neighbouring country, he hugged the Pakistan army chief when he said Pakistan was ready to open the Kartarpur corridor.

During the Thursday meeting, chaired by Prime Minister Narendra Modi, it was decided that the activities to celebrate the 550th Birth Anniversary of Shri Guru Nanak Devji will be reviewed, monitored and overseen by a high level committee under the the chairmanship of the Home Minister.

The Union Cabinet also decided to develop the historic town of Sultanpur Lodhi, associated with the life of Shri Guru Nanak Devji, as a heritage town and on the Smart City principles, including energy efficiency, to highlight Shri Guru Nanak Devji’s emphasis on sustainability and reverence for nature.

As a major attraction for pilgrims and tourists, a heritage complex at Sultanpur Lodhi, “Pind Babe Nanak da” will be established to depict life in the times of Shri Guru Nanak Devji. Sultanpur Lodhi railway station will be upgraded and developed with all the modern amenities.

The Ministry of Railways will run a train passing through the various holy places associated with Shri Guru Nanak Devji, for pilgrims and tourists.

The union government will also request all the States Governments and Union Territories to celebrate 550th Birth Anniversary of Shri Guru Nanak Devji in a befitting manner. The Indian missions overseas will also organise special events on the occasion. A commemorative coin and postage stamps will be released by the Government of India to mark this occasion.

Besides, religious activities will be organised throughout the country. Doordarshan will telecast programmes on Shri Guru Nanak Devji and the Gurubani. National Book Trust will publish Gurbani in different Indian languages. UNESCO will be requested to translate and publish an anthology of Shri Guru Nanak Devji’s writings in world languages.