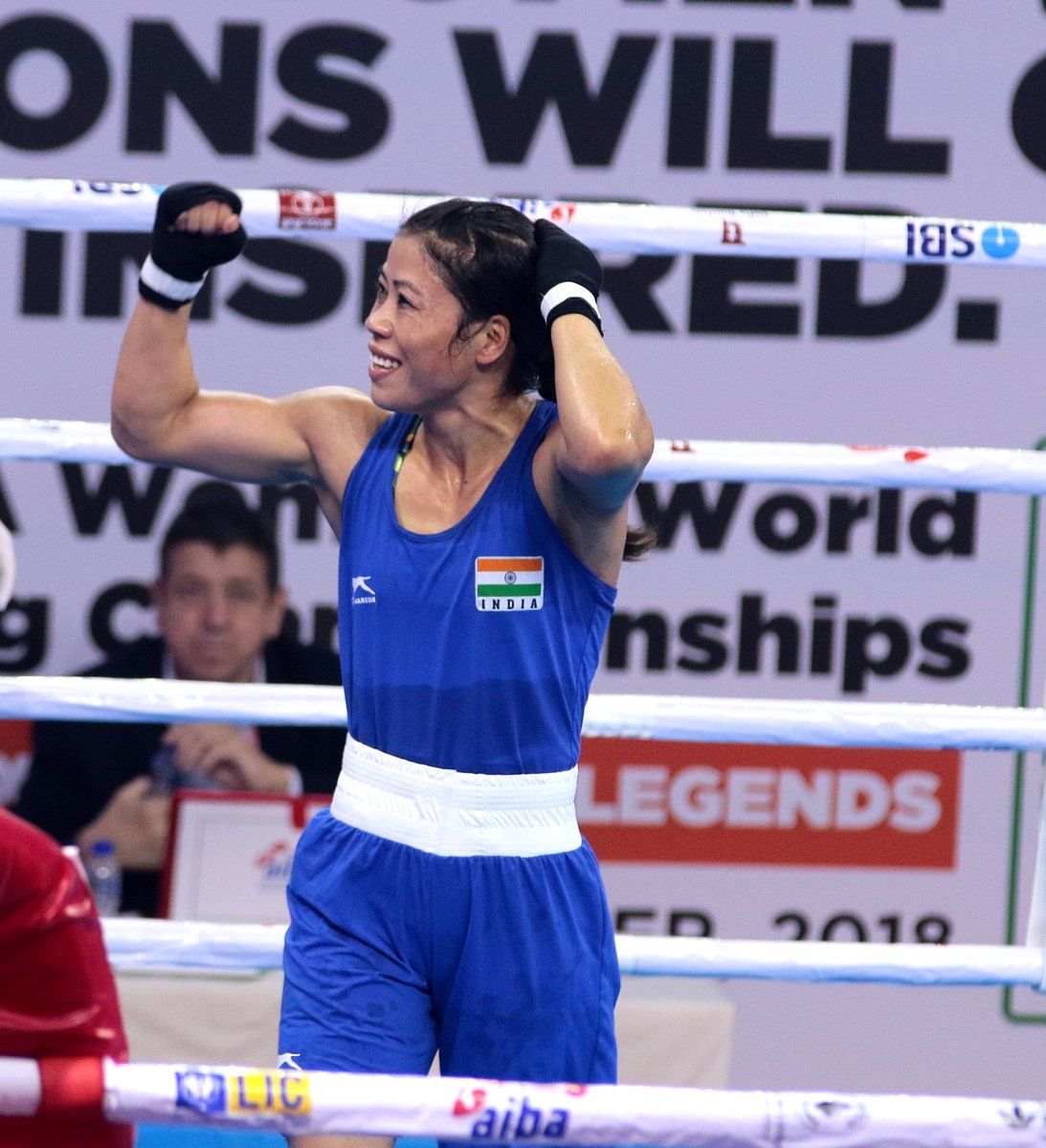 The boxer thrashed her Chinese opponent 5:0 in a unanimous verdict to cement her spot in the semi-final of the women’s 48kg boxing category.

The medal in the ongoing championship will be Mary Kom’s seventh in the coveted event. She already has five gold medals and one silver medal to her credit in the World Championship.

Another Indian pugilist, Manisha Maun, missed the semi-final berth after suffering a 1:4 defeat by the Bulgarian boxer Stoyka Petrova in the quarters clash of women’s 54kg boxing category.