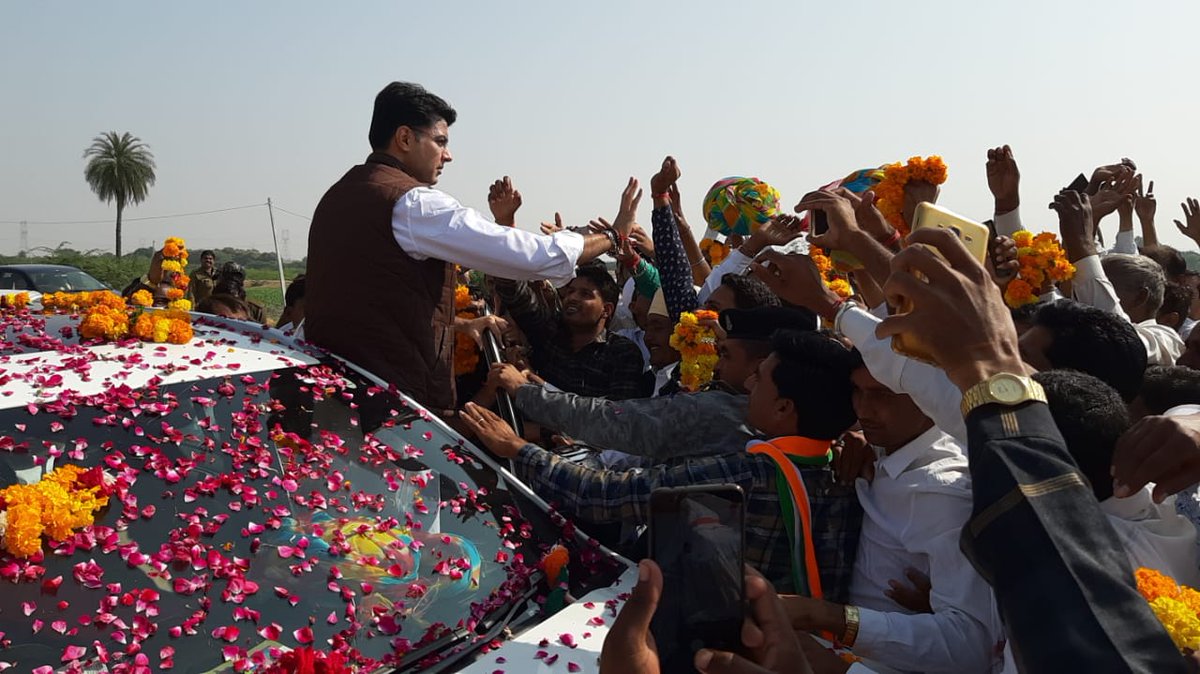 After filing the nomination, he said that the state election is a fight between the ideologies of his party and the BJP.

“The Bharatiya Janata Party (BJP) has deceived the people and its report card is in front of the people. There is resentment among the people and they are waiting to vote for the Congress”, he said.

He also said that the Congress would not only win the election in Tonk, but also the entire state with a sizable margin.

BJP, on Monday, announced that Yoonus Khan, state transport minister,  will contest the elections against Pilot. He will take the place MLA Ajit Singh Mehta. “I would not like to comment on caste and religion. I have seen the tension on Sachin Pilot’s face. We both have come to Tonk for the first time as election nominees,” Khan said.

Rajasthan will go to polls on December 7 and the votes will be counted on December 11 along with other states.