Home Auto JLR vehicle owners in the future won’t have to worry about red...
ShareTweetGoogleWhatsappPrint
Mail

The future is looking at a lifestyle which involves artificial and autonomous technology. The automotive has already started testing and rolling out concepts based on the aforementioned technologies.

The vehicles from the Jaguar- Land Rover may help many drivers avoid annoying red lights. The automaker recently announced that the process of the trial of its Green Light Optimal Speed Advisory (GLOSA) system. 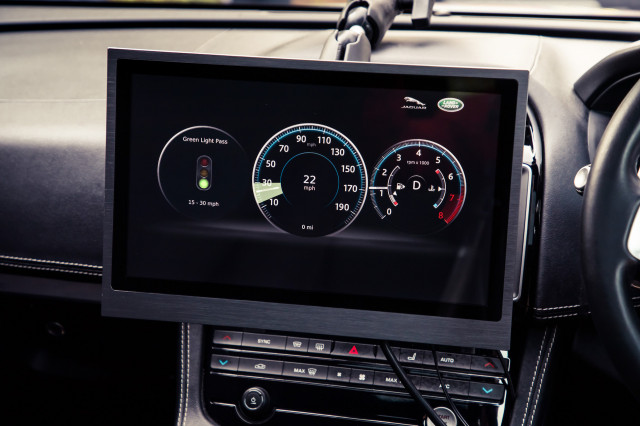 GLOSA communicates with the connected traffic lights through a vehicle-to-everything technology (V2X). This technology will help the drivers attain the optimal speed to travel in order to ensure that they don’t get stuck at a red light, as they approach an intersection.

JLR is currently testing this technology on Jaguar F-Pace SUVs as part of the UK Autodrive project. According to JLR, the widespread adoption of the V2X technology will help drivers not only avoid intersections and red light delays, but also help improve air quality as the automaker imagines fewer drivers accelerating to rush through an intersection as the light changes from green to yellow. 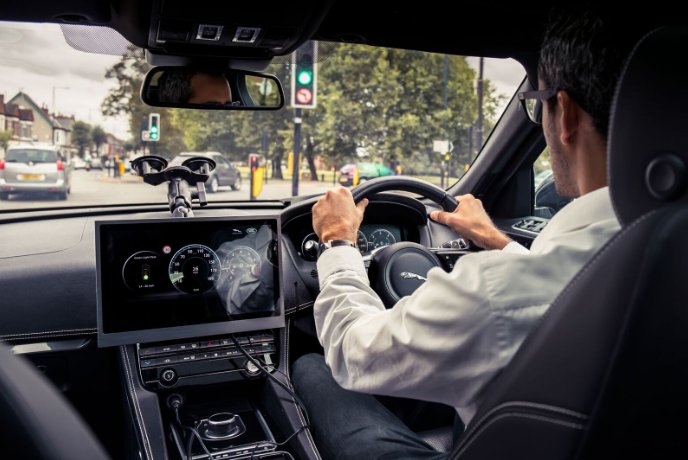 The automaker also envisions the technology to be able to reduce accidents and crashes as GLOSA with an Intersection Collision Warning system (ICW). The prototype safety system warns drivers of cars approaching the intersection and will alert the driver that it is unsafe to move through the junction and suggest an order of moving through it as well.

This technology however will not only be dependent on the car’s efficiency but also on the capabilities of the cities to implement and utilize the smart technologies.

Audi uses a similar system in its vehicles, which can communicate with traffic lights in 10 U.S. Cities currently, while Toyota, VolksWagen, BMW, Ford, Hyundai, and Mercedes- Benz are working for their cars to be equipped with this technology as well. The Cadillac CTS is one of the only models with V2V technology (vehicle-to-vehicle), which allows the sedan to communicate with other models.