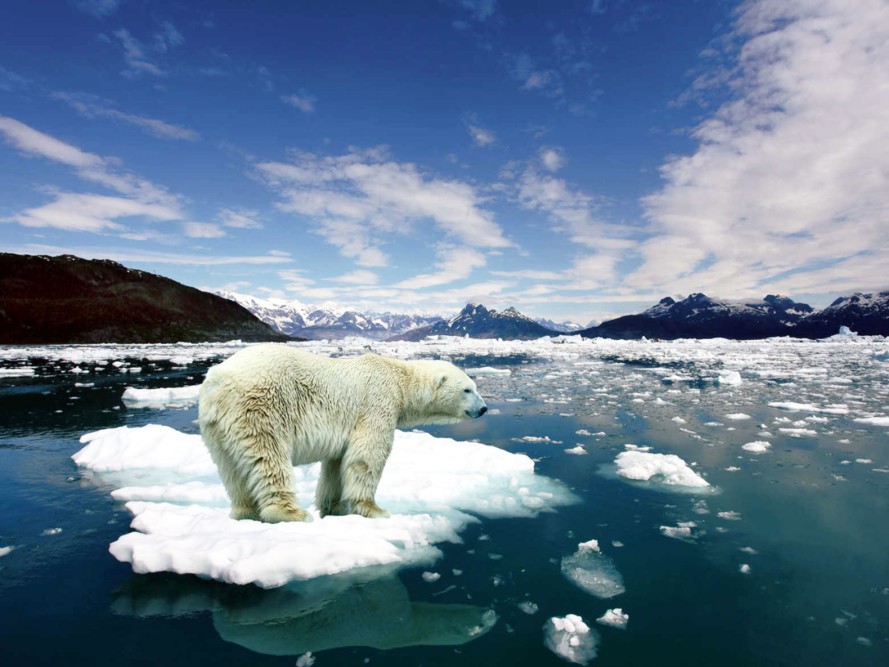 I’m officially a doomer. There I said it. I see no hope. Hope that shuts up every well-meaning person who comes up to me in the streets asking about my upcoming songs or telling me how they love my ‘Sufiyana songs’ or inbox me that Mulla Kee Jaan (what the …?) is their favourite song. Know what? I don’t care. I’ve no interest in making any song. Way I see it, I made statements, no conceit, they were just personal statements that happened to be in the format of a song. Now the statements have stopped. Not because I have none to make but because an extinction level, flaming asteroid-sized issue has come crashing into our orbit and everything else just pales into insignificance. The fact that the smartest people from a wide coalition of countries have bellowed its arrival means the guitar will stay in its stand, at least for now.

By now, fair reader, you must’ve placed me in the ‘Believes in Climate Change’ team, i.e. if you still believe the issue is debatable. But if that indeed is the chill pill you pop then let me quote the famous astrophysicist Dr. Neil deGrasse Tyson: 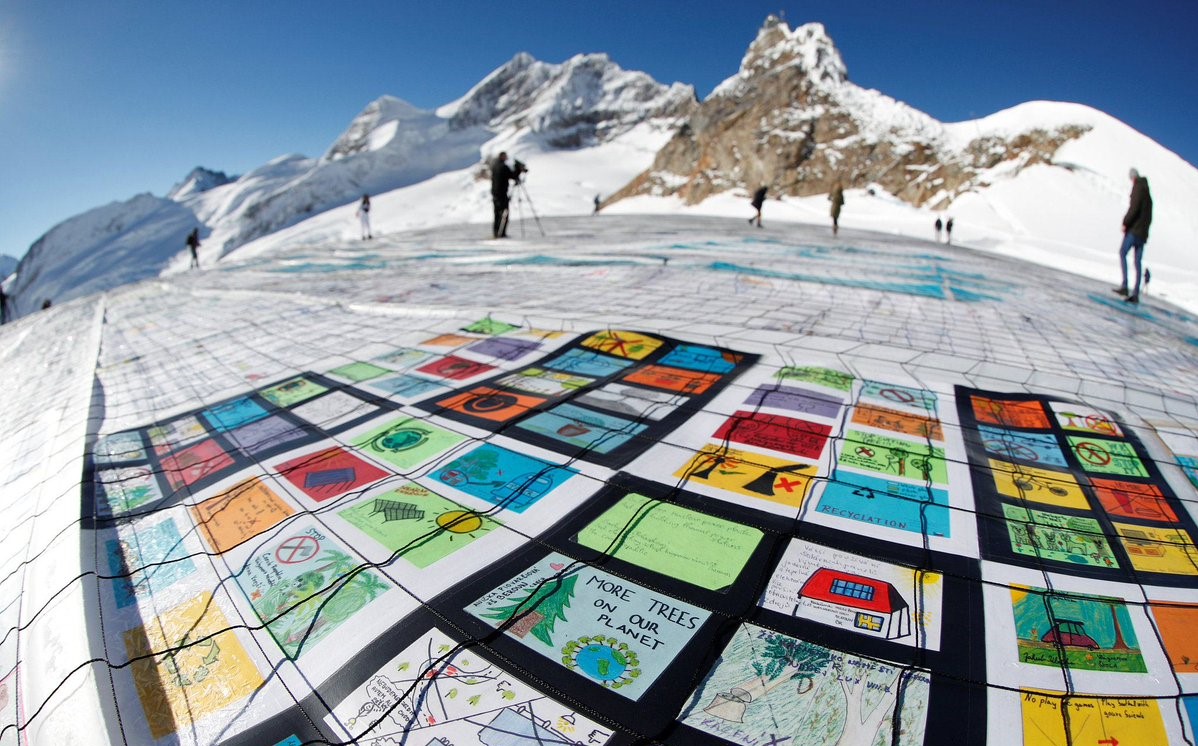 For those who might have missed the memo, anthropogenic global warming (AGW) is now an established scientific truth based on countless scientific papers in peer reviewed journals, actual observations, fancy modelling and not the least on reports routinely issued by that 40-countries strong club-of-nerds–IPCC. To wit, the whole mass of the globe’s scientific processes bears out AGW to be an objective truth. You can still find the lone scientist/science paper that posits it’s on account of Grand Solar Minima, spontaneous planetary fluctuations or the evil Martians but to base policy decisions on that, let’s say, is not smart. Actually, it’s a lot like playing Russian roulette with humanity. 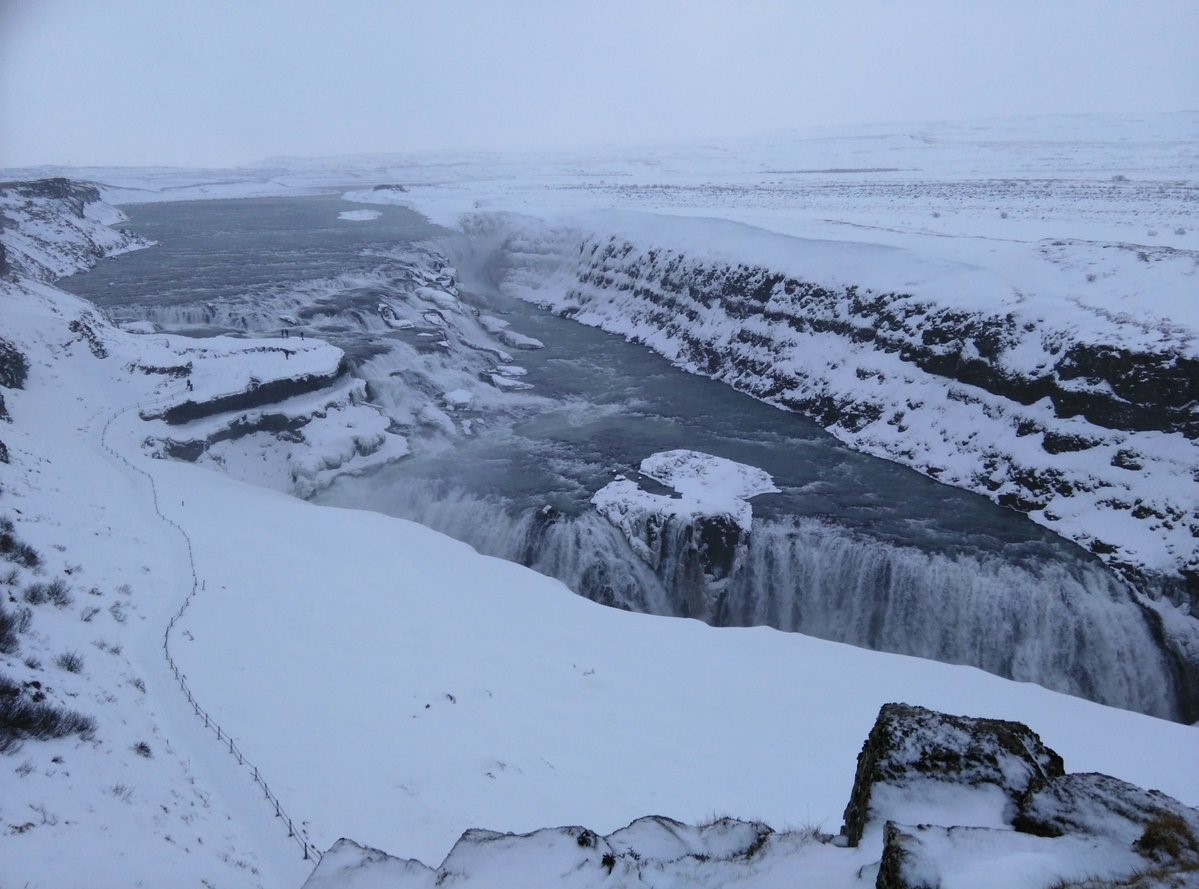 ‘OK! So, it’s changed a bit, so what? Treat me like an adult, don’t throw those disaster movie dialogues at me!’ You say? Well, here comes the fun part. There’s people, very smart people, like professor emeriti of world famous institutes, like Prof. Peter Wadhams of Cambridge who’ve been actually squeezing into submarines and diving under the Arctic from the 70s onwards and recording minute details and changes and stuff and now they’re scared, proper scared. That is because they’ve found tucked away in the remote far north, the vast sheet of whiteness served a precious planetary function: of lobbing back into space hundreds of atom bombs worth of solar radiation every second. Until now. Now that our love for all things fossil fuels has made it shrink at a batshit crazy rate, guess what, those bombs have started to land. And go off. And their effects are creeping up all over the planet. What, they haven’t reached your neck of the woods? Well, it’s a large planet, give it time, they will, shortly! But that’s not all. There’s another person, a lady, a very smart lady, a Russian–Natalia Shakhova. She’s been studying Methane hydrates all over the icy north and says, it’s getting very opasniy indeed. That’s Russian for dangerous. See Methane is the mother, father and the whole family of badasses put together. It was the chief villain in the last mass extinction: the Permian. It’s roughly 30 times more powerful than CO2 as a heat-inducing demon. This villain that was asleep all this while is now, perhaps for it’s the last act, waking up. NASA has a fancy array of instruments that constantly study the composition of our atmosphere. Their measurements of this insidious gas in the middle and upper layers of our atmosphere is off-the-charts. So when this badass truly wakes up, it is set to make the atom bombs that are going off in the Arctic right now look more Made-in-Sivakasi than Los Alamos, New Mexico. 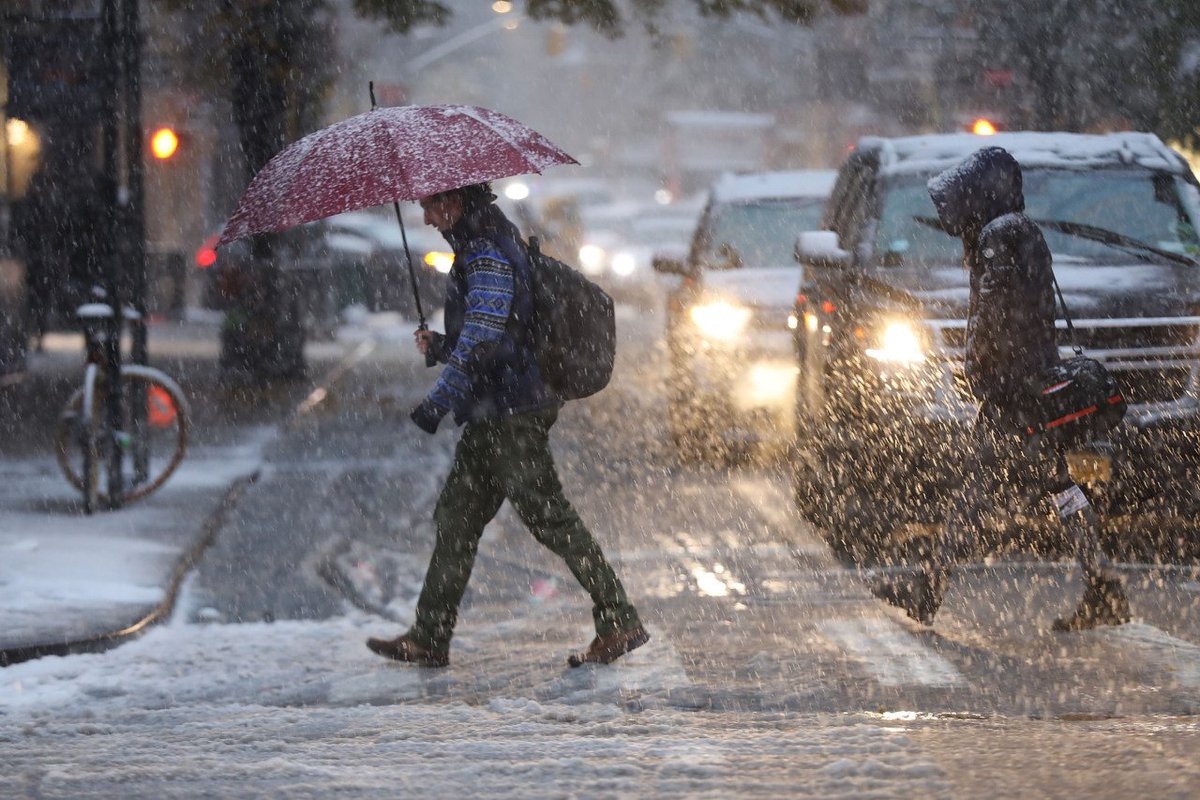 Hate to say it, but that’s not all either. There are more dragons to slay, like global dimming for one. Remember all the bad coal we’ve been burning? Apparently, it’s not all bad. It has a surprisingly beatific effect of reflecting solar radiation. That means, burning coal actually reduces warming. Try wrapping your head around that for a minute. Coal releases carbon that warms the planet and sulphates that cool it. A dark rock of irony if ever there was one. What that means is if we burn it we warm up, if we don’t we warm up even faster! 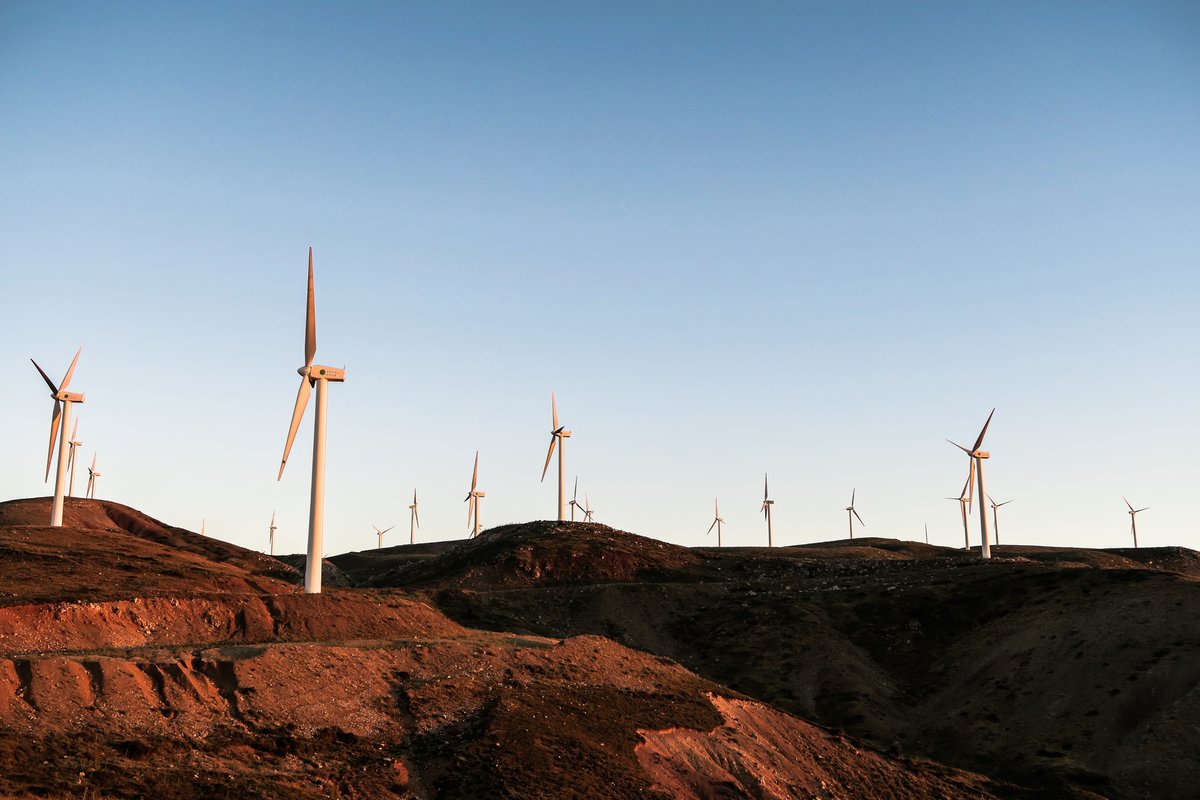 If all the above makes your head spin, press the pedal-to-metal and take off, don’t worry people far more empowered have done that exactly, like all the leaders actually. Like the whole world. So much so that the Paris Agreement is worth less than a scrap of toilet paper not because Trump withdrew but because it had drawn a dishonest baseline, to begin with. It set 1860 as the baseline from which to calculate temperature rise when all the scientific wisdom pointed to 1750 as that was when the world really started burning fossil fuel and the industrial age truly set in. Now all the talk of keeping temperature rise within 1.5 °C has been revealed to be pure baloney spouted by politicians at the behest of their corporate masters, as we’re already at 1.75 °C (counting from 1750). Anyway, what has the world really done since Paris? Has world’s net carbon emission gone down? No! Actually, it’s gone up by a lot! It’s crossed a once unimaginable 411 ppm mark. The situation is so dire that the good Prof. Wadhams has given up all hope of carbon emissions ever going down. Instead, he’s placed all his hope in carbon capture technologies. Which incidentally must be scaled up by a factor of a million within a period of two years to work!

Looks a bit iffy, doesn’t it?

And those are not even all the feedbacks we have to contend with, there’s the Greenland ice melt, the Antarctica shelves’ ice melt, the North Atlantic jet stream, Fukuyama … Blah blah blah. You get the picture, we’re screwed, properly screwed. 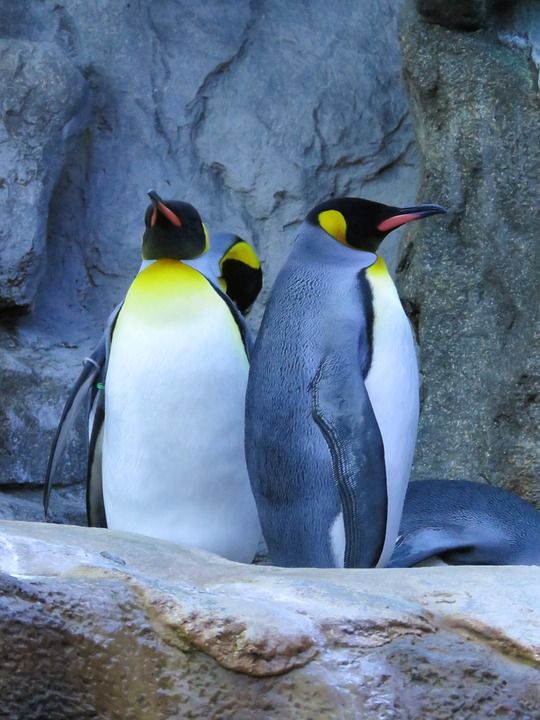 So why is a guitar-slinging culture trundler regurgitating these fun facts easily available on the internet here? Because people who should be fixing this, ones we’ve delegated our well being to–politicians, bureaucrats, academicians, journalists won’t. Dear folks, the watchdogs of our societies are now poodles of corporations or you know just plain distracted. There’s no first line of defence. There are no grown-ups who have got it covered. No siree! We’re it.

So why even say it? Why not just live it up in the 500 AQI industrial society utopia? Just because ‘the truth shall set you free’? Yes! Because the truth shall indeed set you free. We may have lost the world but we still have our souls. That right there is everything to play for, to fight for. Not for the respect of the zombie children of Macaulay, a million YouTube hits or TV & radio glory but for Love, the ineffable glue that binds us all. The awareness of this interconnectedness of everything, the very essence of our somehow miraculously surviving the unprecedented assault on outer and inner nature the past quarter millennium, through reductionist epistemologies, through parables of western science, yes science can be regional too. They called their own rigour science and everything else woo-woo. But the truth couldn’t be contained: the base particle of Einsteinian reality, the electron appears when consciousness is cast upon it. It is a consciousness that is the base not anything else. Buddha is smiling. These are not PM 2.5 and PM 10 wafting about in the air, this is hubris shredded and ground. It’s over for this system. But is it over for us too? We don’t know. Now we brace and take a leap of faith, of love. Suspend all entitlement. And hope deliberately. With all our heart. And hold on.

(Rabbi Shergill is a singer-songwriter, guitarist, record producer known for his poetic lyrics and a socially-conscious bent. You can reach him at [email protected])