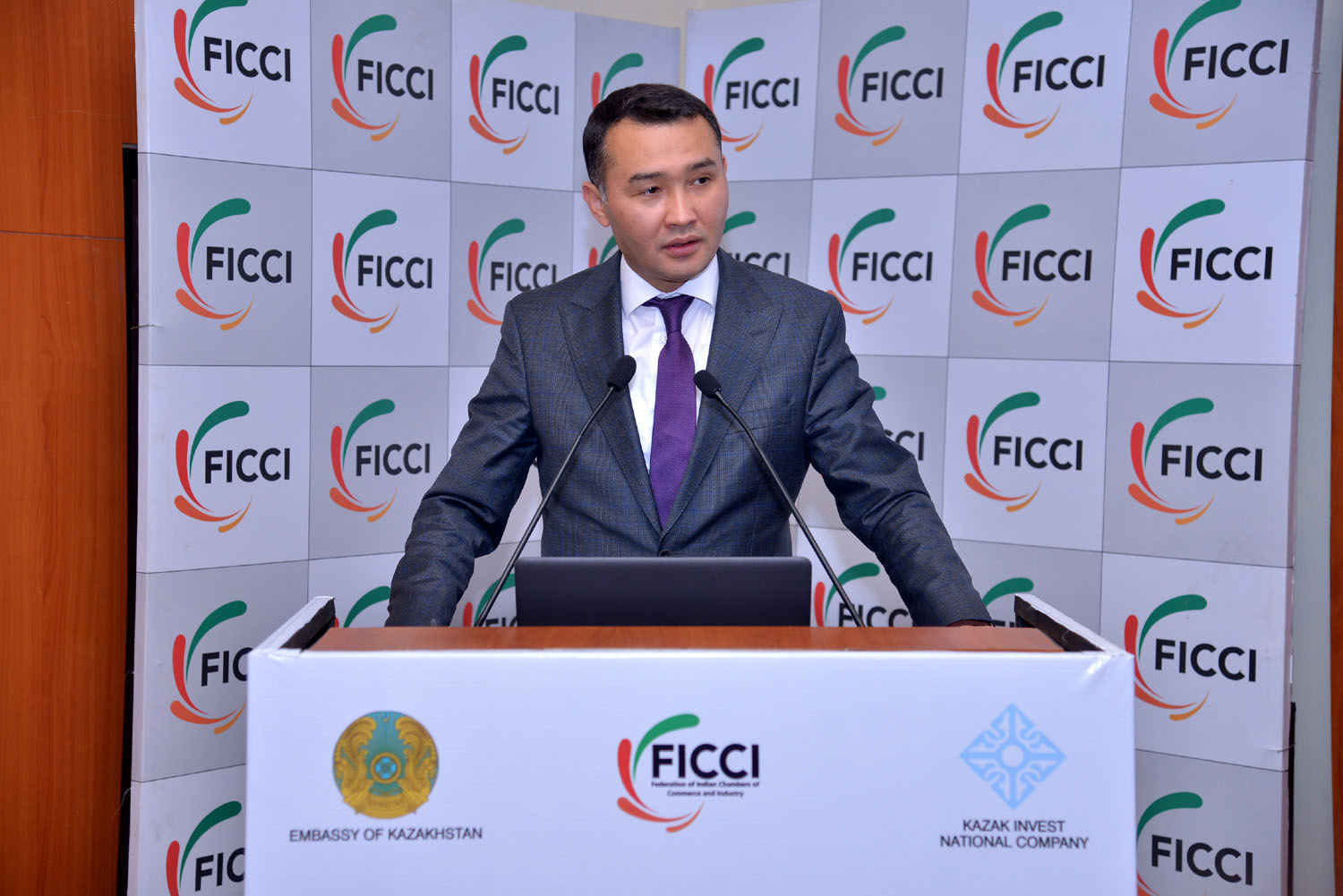 New Delhi: Kazakhstan has opened its gates for Indian Businesses during the Kazakh-Indian Investment Forum which was held in the national capital from 12 to 14 November 2018.

The plenary session of the Forum dedicated to the investment opportunities of Kazakhstan was held in the building of the Federation of Indian Chambers of Commerce and Industry (FICCI). The event was organized by the Embassy of Kazakhstan to the Republic of India, together with the JSC “National Company “Kazakh Invest” and FICCI.

Kazakhstan delegation was headed by the Chairman of the Board of JSC Kazakh Invest, Saparbek Tuyakbayev. The delegation also included the heads of more than 10 leading companies from Kazakhstan.

Ambassador of Kazakhstan to India Bulat Sarsenbayev in his welcoming speech thanked the FICCI management in providing a platform for establishing contacts between Kazakh and Indian business structures. The ambassador spoke about the main areas of cooperation between Kazakhstan and India, outlined the areas of prospective cooperation between the two countries, and also informed the participants of the Forum about the growth dynamics of bilateral trade cooperation, which has a positive trend. 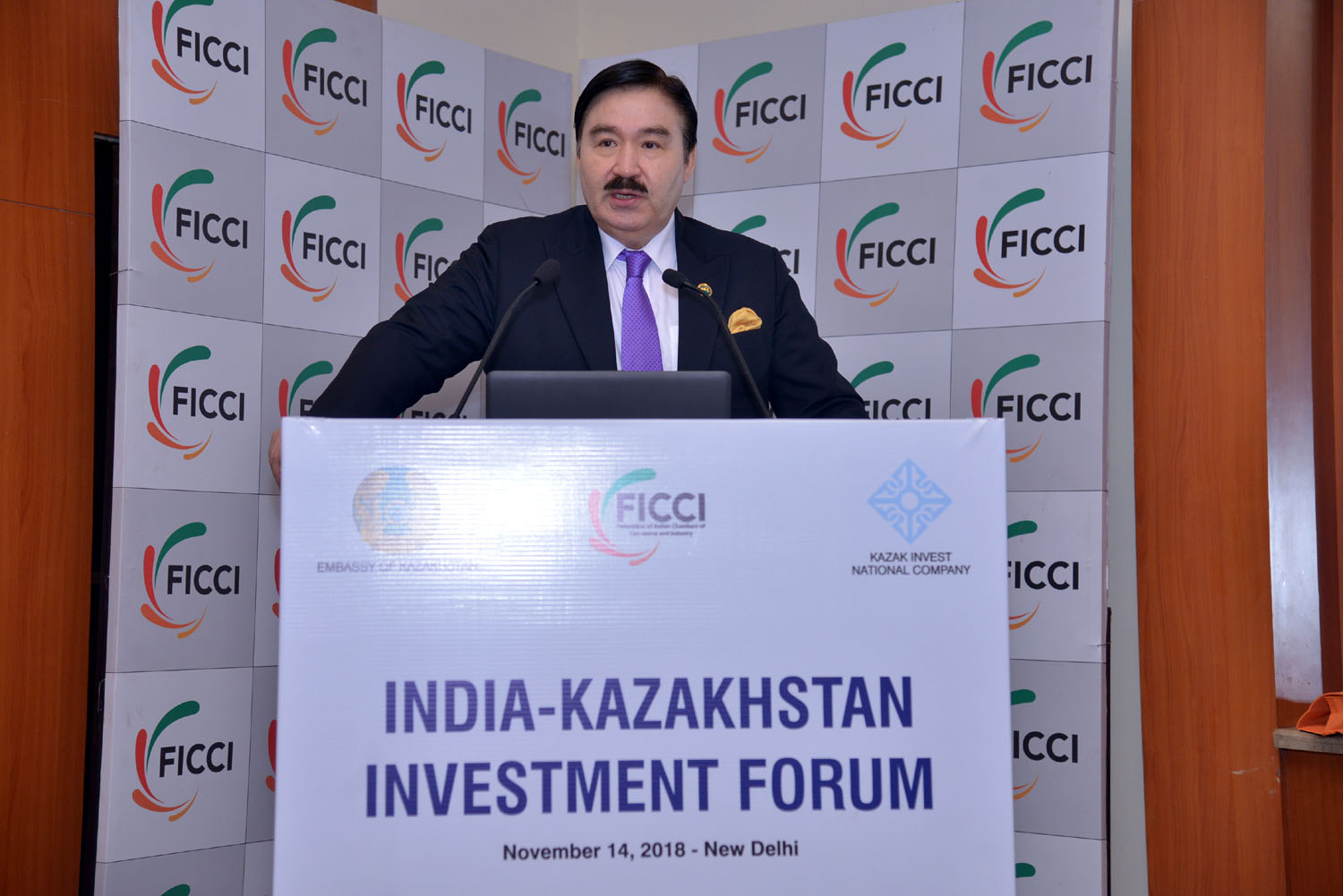 Saparbek Tuyakbayev spoke about the investment climate in Kazakhstan and the prospects for the implementation of business projects in the country. In particular, the Forum participants were provided with detailed information on business opportunities in Kazakhstan, conditions, state support and competitive advantages for attracting foreign investments. Tuyakbayev demonstrated a number of priority investment projects approved by the Kazakh Government and encouraged Indian companies to take an active part in the implementation of investment projects in Kazakhstan.
Indian businessmen showed their high interest in projects in the fields of agriculture, mining, engineering, telecommunications, health, etc.

Manish Prabhat, the Joint Secretary Eurasian Division, Ministry of External Affairs of India, noted the consistent development of bilateral cooperation between the countries, which has moved to a strategic level since 2009. 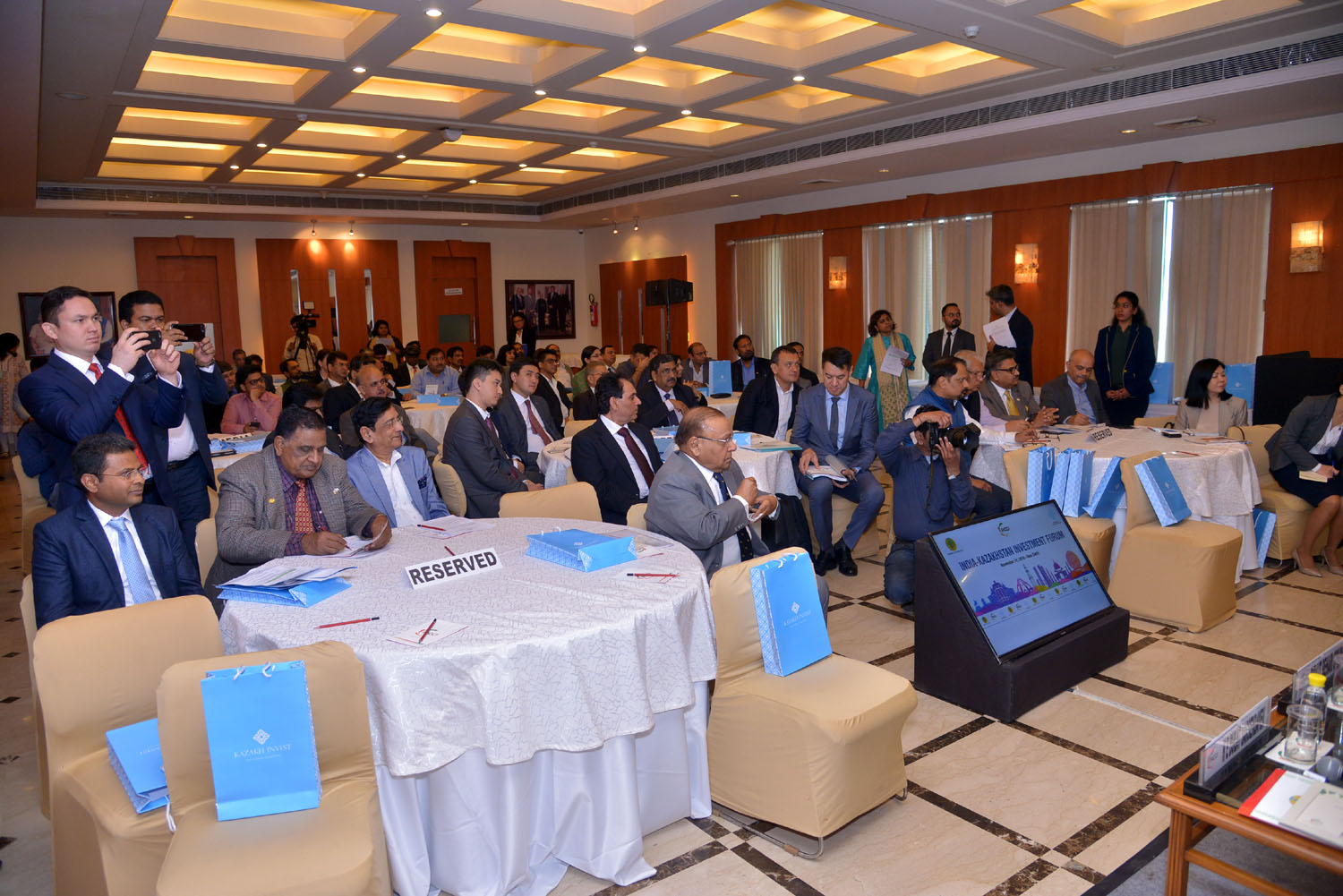 S.Swain, the Joint Secretary, Ministry of Commerce and Industry of India, highly appreciated the large-scale changes carried out by Kazakhstan, which in a very short period became an open and attractive country with a favourable investment climate for doing business.

The Forum also held a series of bilateral meetings with Indian colleagues. Agreements have been reached on the joint implementation of a number of projects. 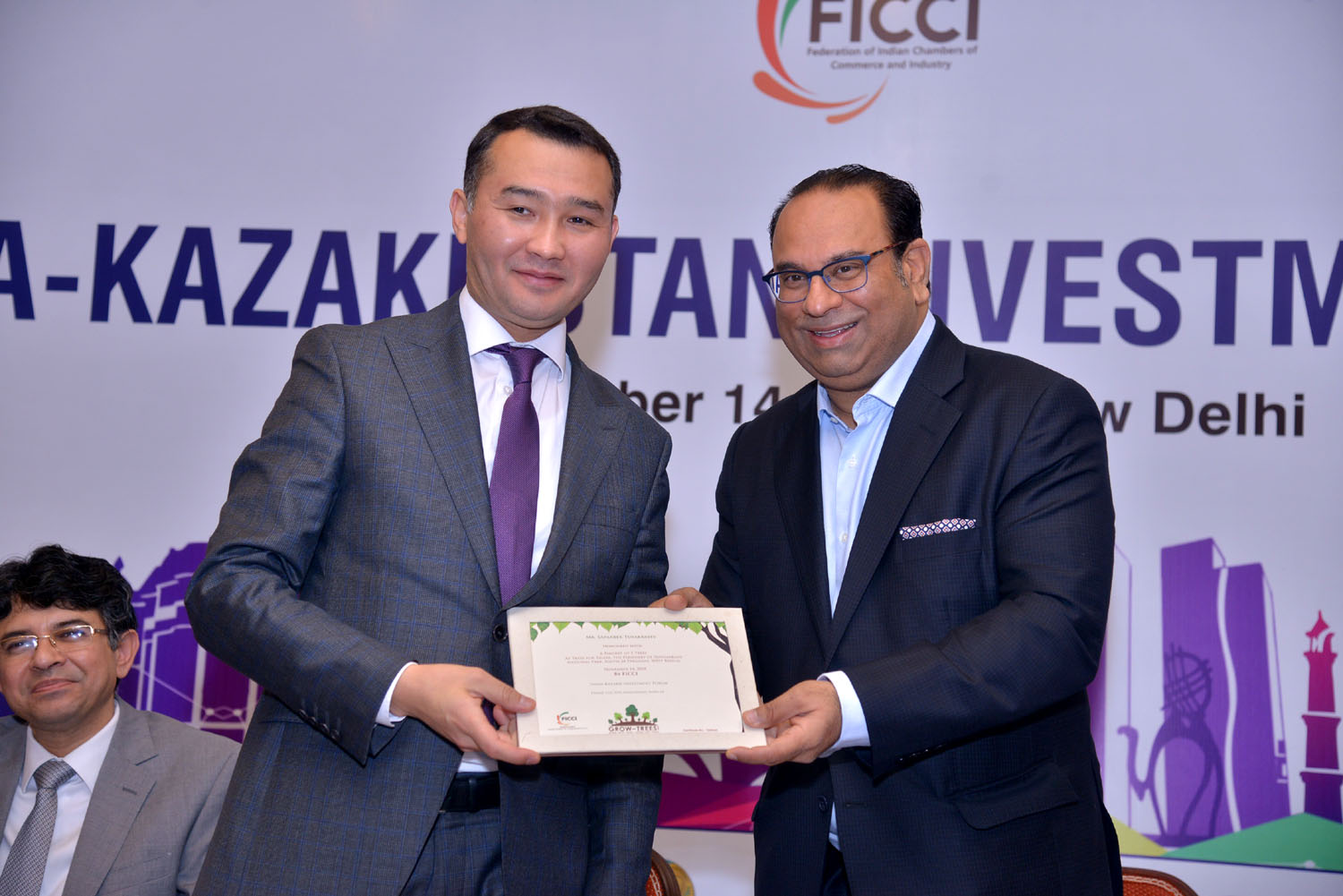 In particular, during the meeting with Sidharath Kapur, Member of Board of GMR Company and Manomay Rai, Vice President of GMR, investment cooperation issues were discussed. Considering the company’s experience in implementing the Aerocity project, creating necessary infrastructure in the area of Indira Gandhi International Airport in New Delhi, the parties agreed to consider the possibility of GMR participating in the implementation of a large investment project for the construction of a transport and logistics hub near Astana or Almaty International Airports.

Relations between India and Kazakhstan was established 26 years ago and develop in the spirit of friendship, partnership and are based on the cultural and historical affinity between the peoples of the two countries. Bilateral cooperation has been raised to the strategic level in 2009 during the visit of President of Kazakhstan Nursultan Nazarbayev to India and is developing very fast. The main highlights of the cooperation are the absence of any political disputes between the two countries.

Currently, Kazakhstan and India has a very fruitful cooperation in a wide range of areas, such as space, military-technical cooperation, IT, Fintech, oil and gas, banking etc.

Tengri Bank (Almaty), whose shareholder is the National Bank of Punjab (49%), has opened more than 80 accounts of Indian companies during the last two years.

Kazakhstan has become the main supplier of uranium to India.

In this regard, the outcome of the Business Invest Forum can serve for increasing the trade turnover between the two countries by two or three times (the current Kazakhstan-India trade turnover is about $ 1 billion).