A delegation of prominent citizens will meet President Kovind on Tuesday to request him to impress upon the Supreme Court of India to notify the name of third member of Supreme Court-formed SIT to investigate cases related to 1984 carnage.

In 1984 communal riots, following the assassination of the then Prime Minister Indira Gandhi, shook the nation. The incident has been investigated by 12 commissions and committees. In August 2017, the Supreme Court constituted a supervisory body comprising two former Supreme Court judges to see if the closure of the cases by the Special Investigation Team was justified.

On 11 January 2018, after the supervisory body submitted its report in the Supreme Court, the court decided to set up its own three-member SIT to probe 186 cases which had not been reopened by the Union government’s SIT. The new team was to be headed by a former High Court judge, Justice SN Dhingra. However, nearly ten months later, the third member of the SIT is yet to be appointed. 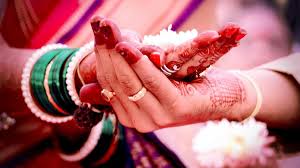