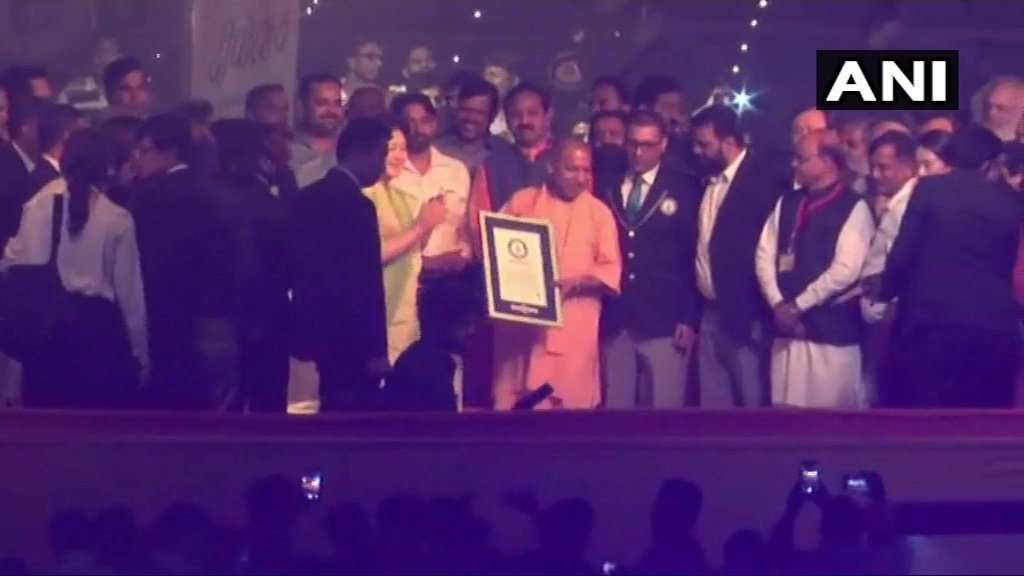 Uttar Pradesh Chief Minister Yogi Adityanath’s Diwali plans for the state received global attention as the Ayodhya Deepotsav on Tuesday was registered into the Guinness Book of World Record.

Kim Jung-sook, South Korea’s First Lady arrived as the chief guest for the event in Ayodhya on Tuesday, to attend Diwali celebrations and she commenced her tour by paying a tribute at the Queen Heo Memorial.

Adityanath said that the ‘Ram Ki Paidi’ in Ayodhya will be structured and constructed on the lines of ‘Har Ki Paidi’ in Haridwar has been made. A 30-feet statue of Lord Ram was installed on the banks of Saryu. A statue of Lord Hanuman was also put in place to spark off Diwali celebrations in the city. 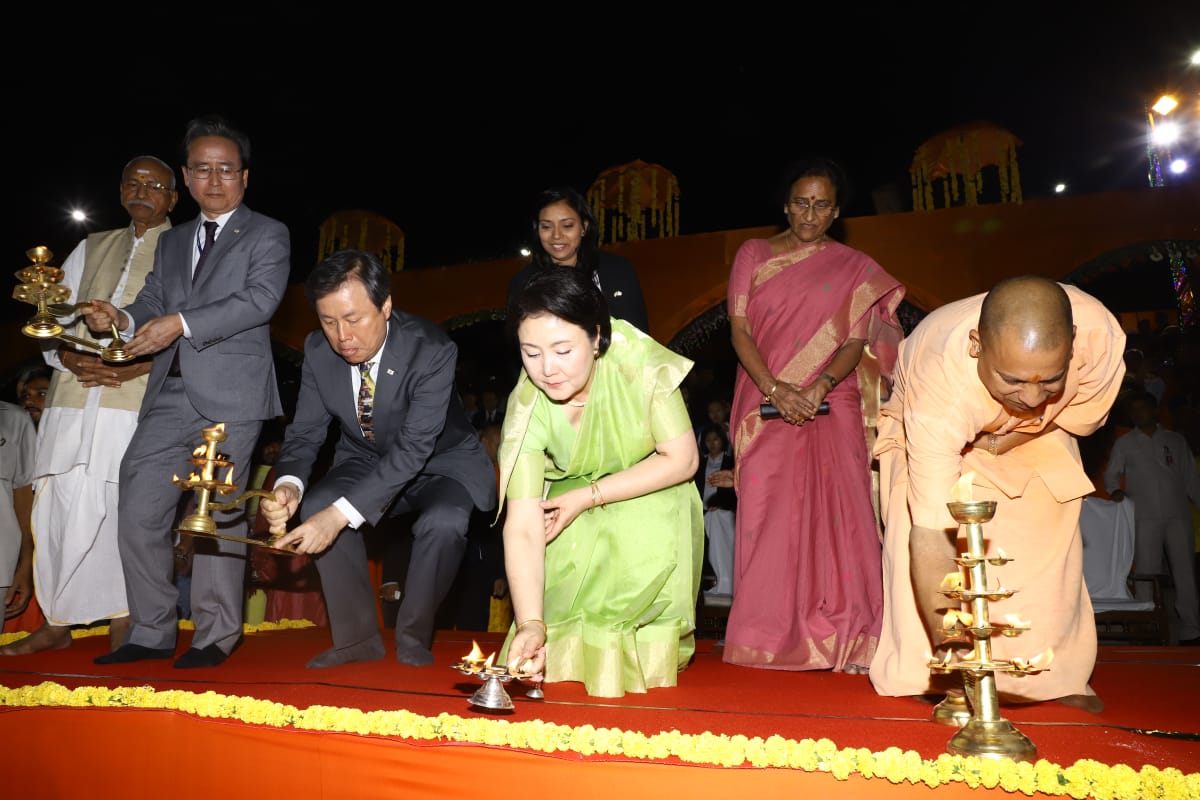 Jung-sook visited the banks of river Saryu to meet artists, who had donned the attires of Lord Ram and Goddess Sita. These artists had arrived at the park in a chopper, which was representative and symbolic of ‘Ram Darbar’. Kim welcomed ‘Sita’ by garlanding her and Adityanath did the same for ‘Ram’ and ‘Laxman’.

The Deepotsav is an initiative taken up by the Tourism and Cultural Department of Uttar Pradesh to celebrate and remember Lord Rama’s glorious victory over Ravana, a story which symbolizes the victory of good over evil. 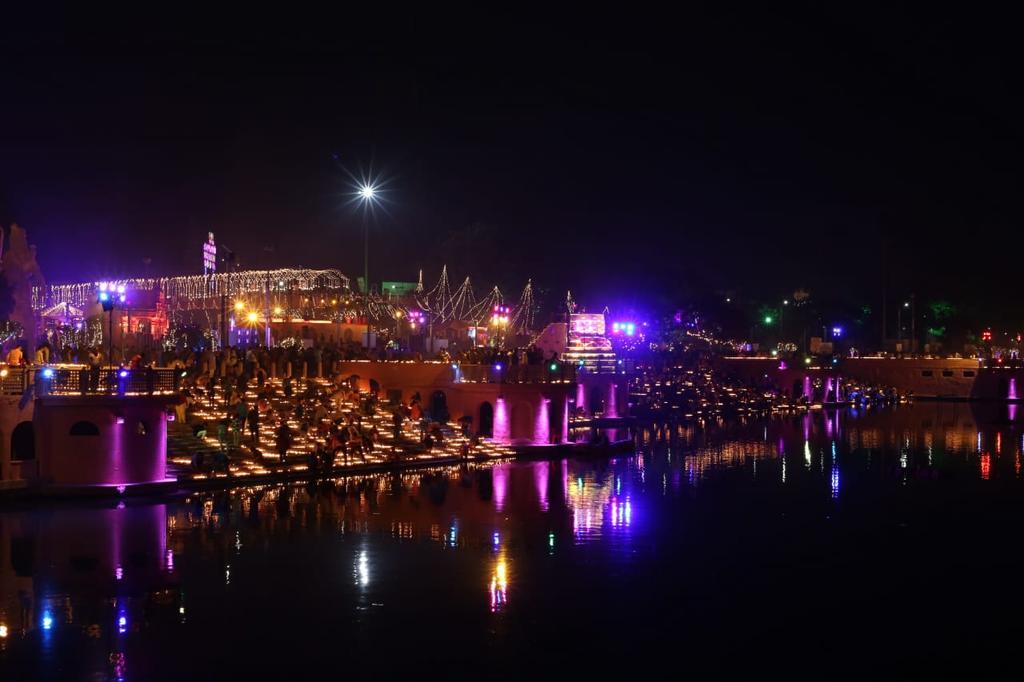 “We won’t let anyone erase memories of Lord Ram from our hearts and that is what we, our government at the Centre is ensuring. We have come here to assure you that no one can do injustice to Ayodhya. The aspirations of the people from Ayodhya are the top priorities on our minds.”, the 46-year-old UP CM said while addressing a gathering during the Diwali celebrations in Ayodhya.

Adityanath also announced plans of rechristening the city of Faizabad to Ayodhya, weeks after Allahabad was renamed as Prayagraj.