Home Home Slider No! PM Modi is not paying 15 lakh per month to a... 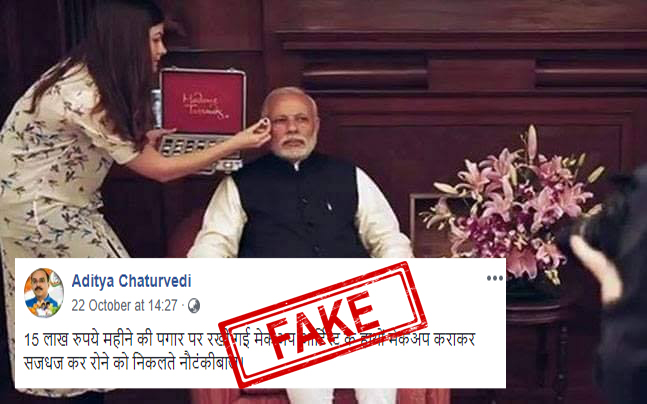 A picture of PM Modi has surfaced on the social media and the claim would have you raising your eyebrows.

This viral post was shared extensively in political groups. Some of these groups have more than 2 lakh members.

When we checked the image, we saw that the box in the lady’s hand read Madame Tussauds. On Google image reverse search, we found out that the image was of 2016.

This picture is a frame taken from the video posted by ‘ Madame Tussauds Singapore’ on YouTube. The video was posted on May 19, 2016.

At 0.16 sec of the video, you will the frame mentioned in the post.

This video is proof that the viral picture is not of Prime Minister Modi getting a makeover done by a makeup artist but of an artist selecting the right eye color for PM Modi’s WAX statue.