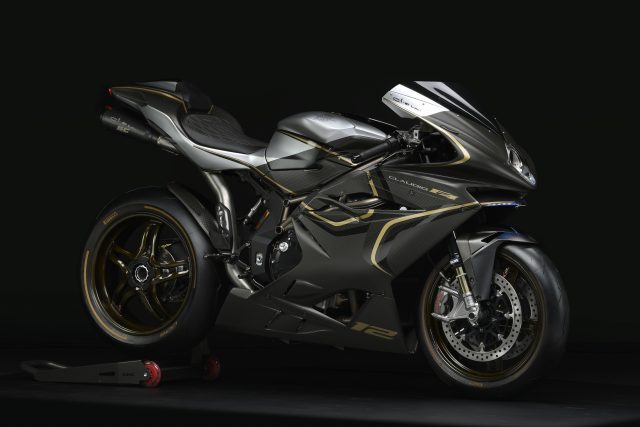 MV Agusta payed homage to Claudio Castiglioni, the man who revived MV Agusta in the 1990s, with the unveiling of the limited edition F4 Claudio.

The MV Agusta F4 Claudio is a limited edition model with all the high-end components and equipment suiting a homage model. 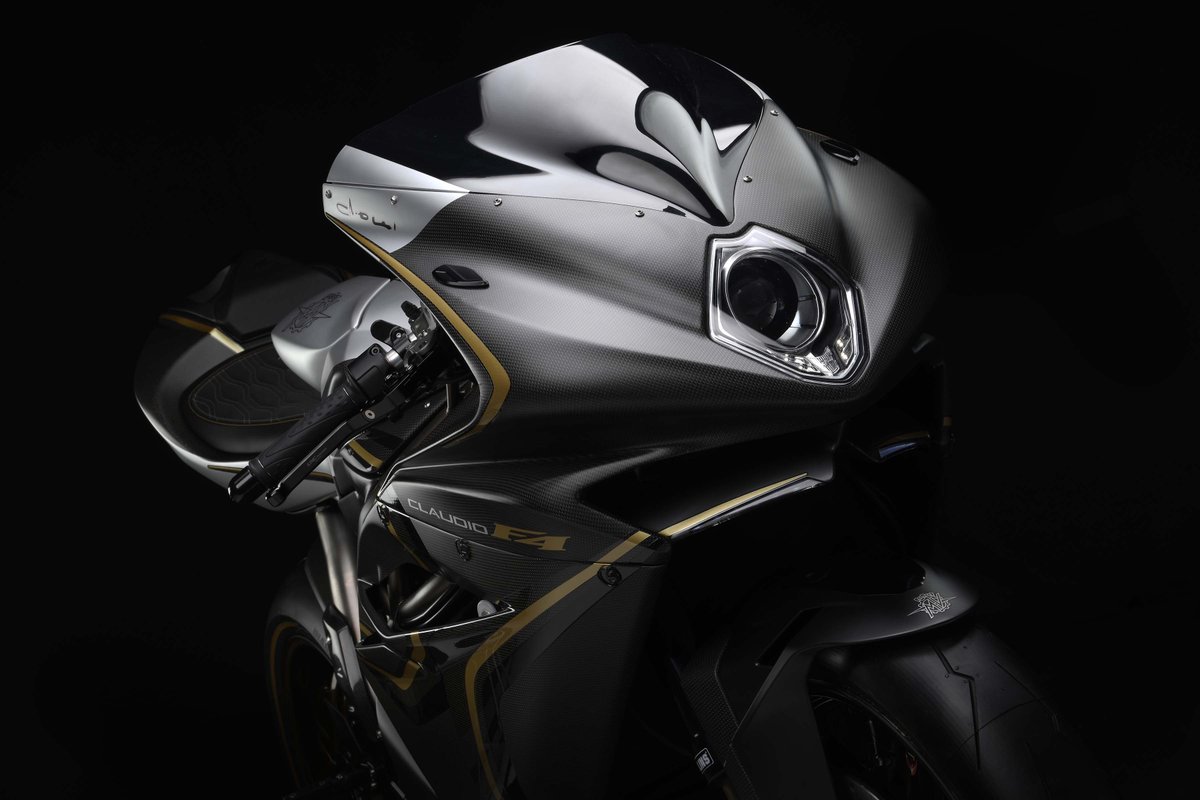 Many features as well as the technical base is taken from the MV Agusta F4 RC that competes in the World Superbike Championship. The engine has titanium connecting rods and the crankshaft has been specifically designed and balanced, and the combustion chamber has radially-set valves. The track- intended bike churns out a maximum power of 212 bhp, kicking in at 13,450 rpm, with a peak torque of 115 Nm at 9,300 rpm. The road- legal variant still touches a maximum power of 205 bhp. 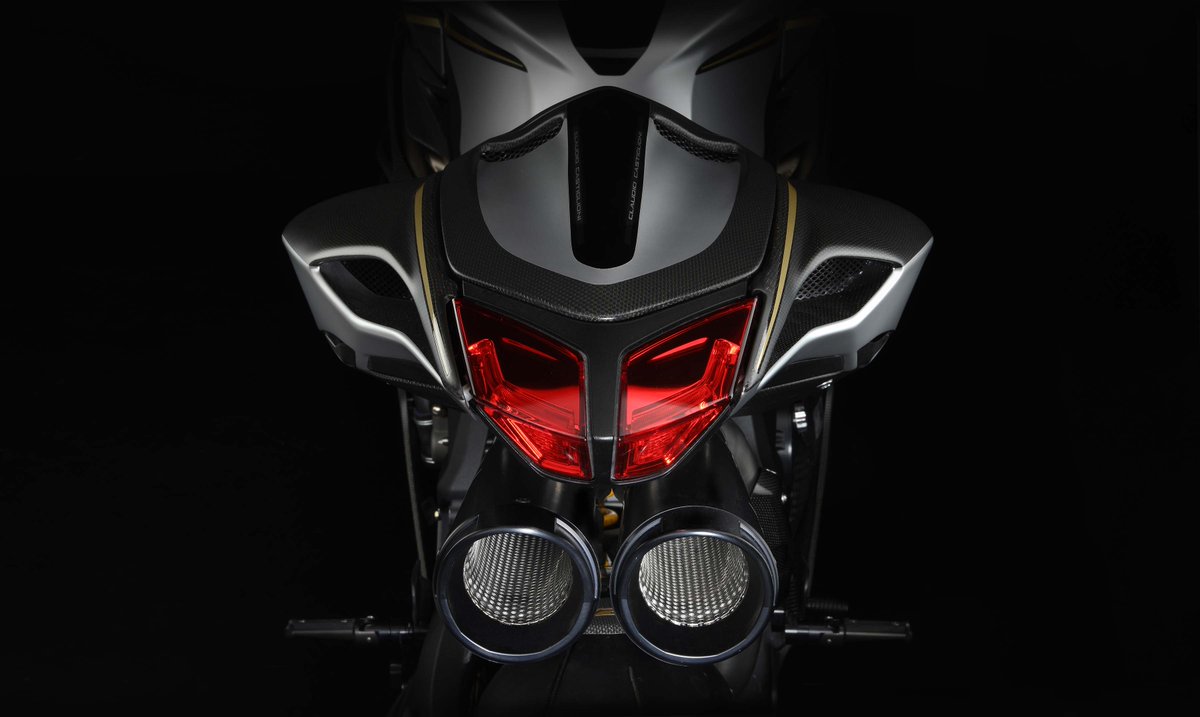 The F4 Claudio is given the dual exit titanium SC-Project racing exhaust system with a dedicated control unit.

There’s a wide range of electronics with four maps on offer, which can be selected instantaneously via the racing push-buttons. The braking system sports the Brembo Stilema 4-piston Monobloc radial calipers gripping twin 320 mm front discs and top-spec Ohlins shock absorbers are said to provide maximum performance on both road and track. 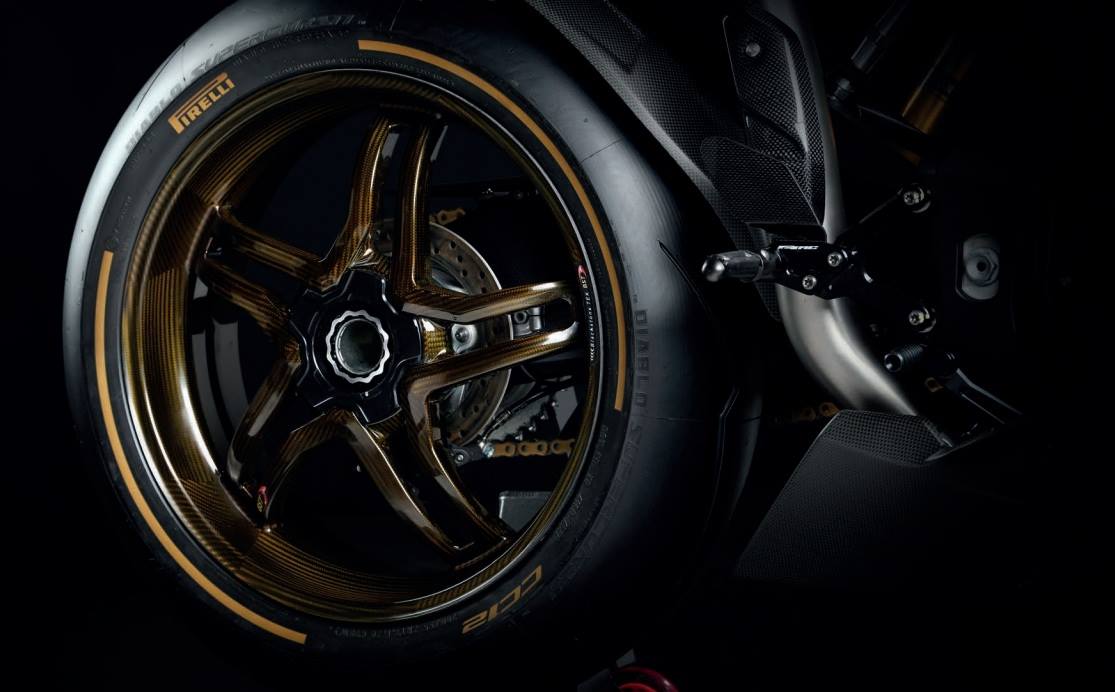 The bike’s weight is kept pretty low with the extensive usage of carbon fibre. The bike sports a full carbon fibre fairing and lightweight carbon wheels. Titanium has been used in the bolts and screws, with CNC-machined aluminium alloys used extensively on functional components such as the triple clamp, height-adjustable footpegs, brake and clutch levers, and brake fluid reservoir plugs and filler cap. 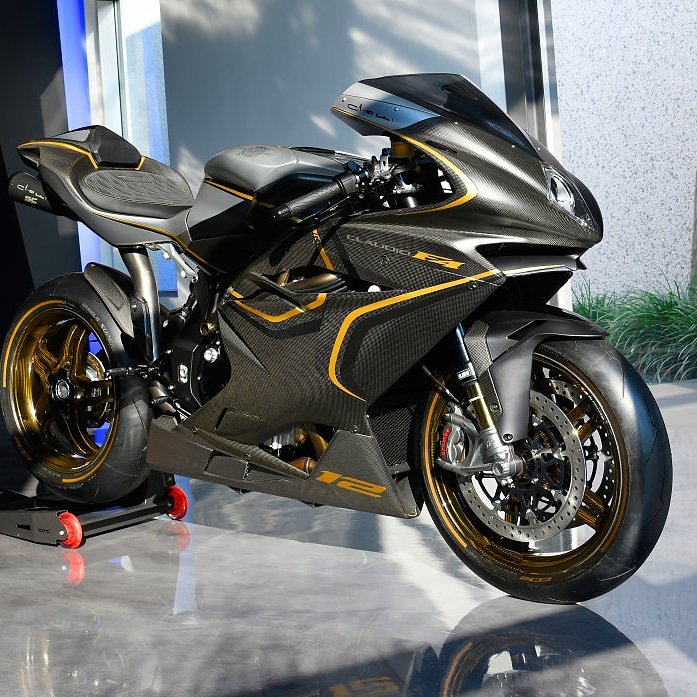 The bike will be produced in a limited number of 200 and price is expected to be exclusive which will most probably be announced at the EICMA show in Milan in November this year. 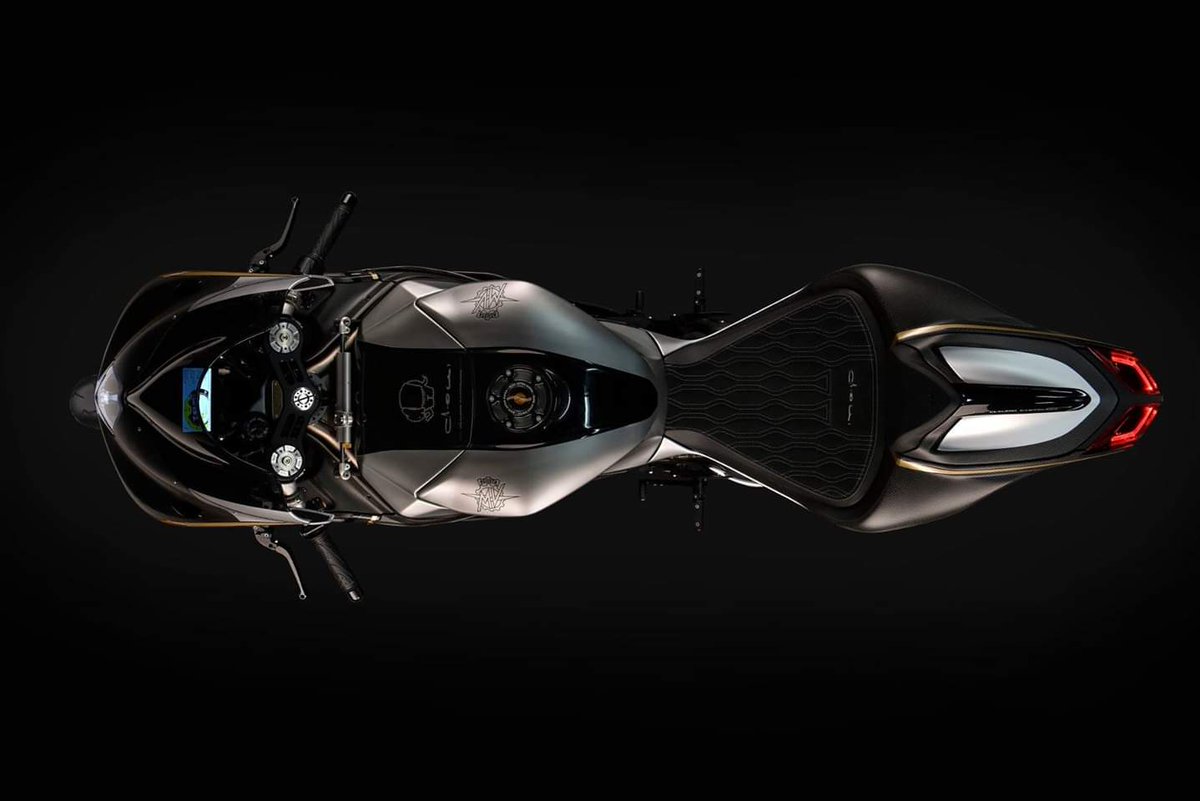 Claudio Castiglioni played a highly significant role in the Italian motorcycle industry and in the successes of premium brands like Ducati, Cagiva and Husqvarna apart from MV Agusta, which he is best known and celebrated for.

Under his guidance and leadership, MV Agusta was revived producing the F4 750 superbike, designed by Massimo Tamburini, which became the basis for a range of new high-end machines, including the Brutale and the F3. 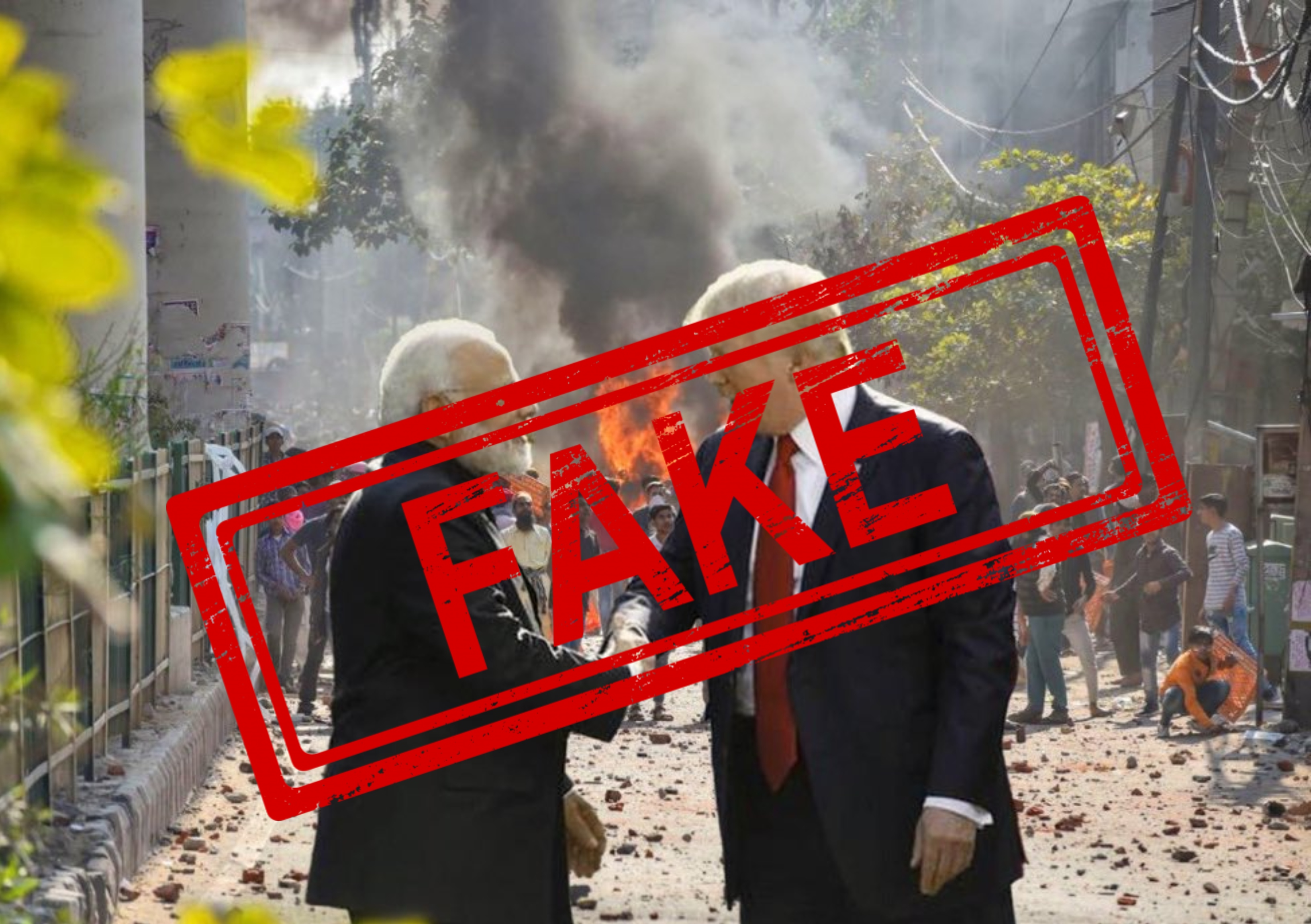