Home Auto Is Ford hinting at the future of Mustang here? 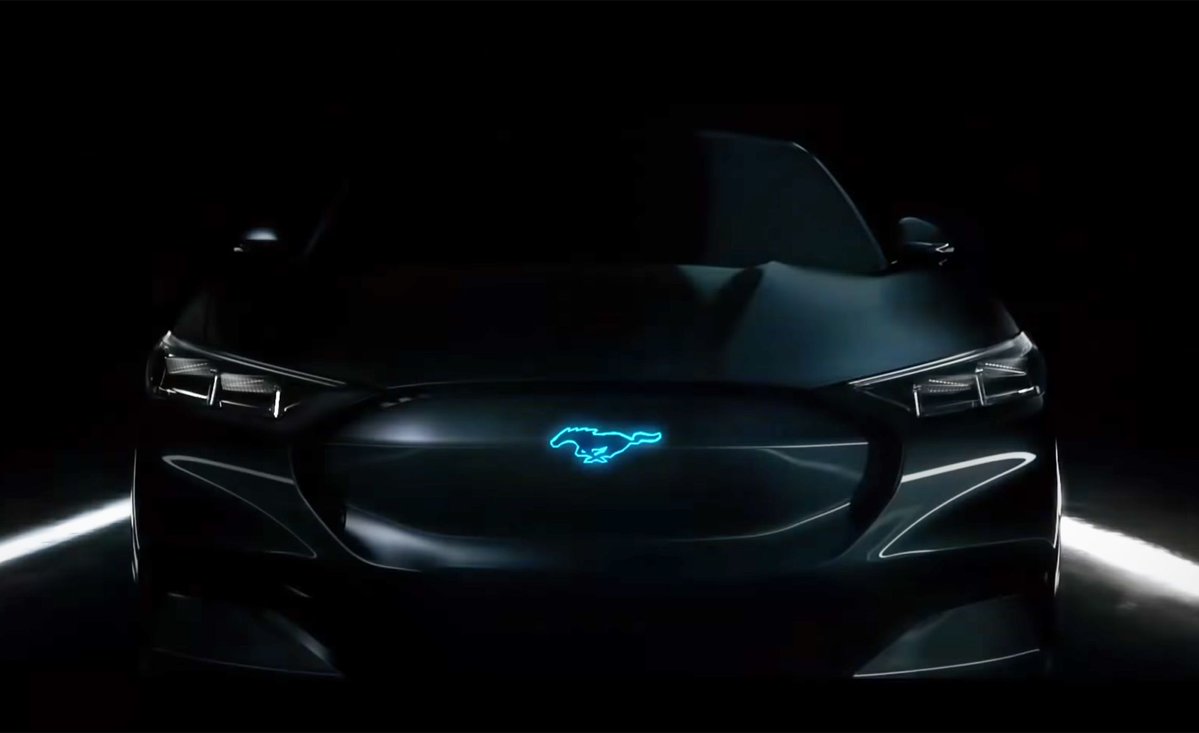 Ford embedded an intelligent teaser for what appears to be the future of the American muscle car Mustang, within a promotional video released recently.

The automaker released a video about how ‘talk doesn’t get things done, building does’, like how the American automaker has doing for the past 115 years.

It segued into shots giving a shadowy teaser which is reminiscent of the current sixth-generation Mustang’s design, but the creases appear smoother and the look of the car is less jagged. The grille opening is filled with a plastic piece similar to what is seen on many electric cars.

A shot of the engine bay, which very clearly is a V8, as it has four pistons on each side of the engine, is lit up like in neon blue, Ford’s signature color in its promotions for electrification recently.

ALSO READ: Porsche’s Mission E gets green signal for series production; to be launched in 2019

The futuristic Mustang is believed to be named Mach 1 as it was supposed to be resurrected for the upcoming performance-oriented Mustang-inspired all-electric SUV. That idea was killed after the public reacted poorly to the idea.

In the video an original Mach 1 is seen at the 0:34 seconds, just before a current Mustang is shown at 0:35 seconds. This leads to the speculations of the Mustang hybrid being named as Mach 1.

“It’s a glimpse of the future. We are excited to show you more at the right time.”, a spokesperson stated in its comments to Motor Authority.