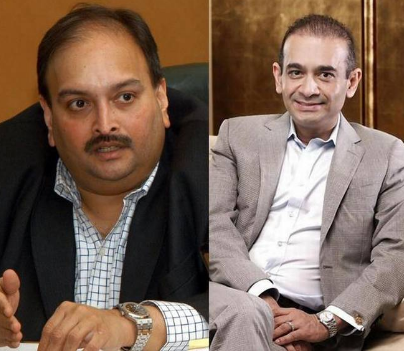 The Enforcement Directorate (ED) on Wednesday seized and attached various immovable properties and valuables (Cut and Polished Diamonds) worth Rs 218.46 crore belonging to the Mehul Choksi and Nirav Modi.

The two have been accused in the $2 billion Punjab National Bank (PNB) fraud case and the seizures were conducted under Section 5 of the Prevention of Money Laundering Act (PMLA), 2002.

The ED has already filed a prosecution complaint under Section 45 of PMLA, 2002 against Nirav Modi, Purvi Modi, Maiank Mehta, Neeshal Modi, Nehal Modi, Deepak Modi and 18 other accused for commission of offence of money laundering, defined under Section 3 and punishable under Section 4 of the Prevention of Money Laundering Act, 2002.

The other accused include the three firms of Nirav Modi (Solar Exports, Stellar Diamonds and Diamonds R Us) which had fraudulently obtained letters of undertaking issued by the Punjab National Bank, Brady House branch, Mumbai and his Fire star group of companies.
Among the property seized and attachment include a flat abroad worth Rs 51 crore (approximately), a constructed building having area of 2,10,000 sq feet on 2.05 acre land situated at Shaikpet Village, Banjara Hills, Hyderabad, one flat in Trump Tower in Mumbai to the tune of Rs 1.70 crore and one villa abroad having value of Rs 27 crore.

On specific intelligence, diamonds having a market value of Rs 18.76 crore belonging to Firestar Group have also been seized, the statement added.

Similarly, the ED had filed a prosecution complaint against Gitanjali Gems owner Mehul Choksi in connection with the Punjab National Bank fraud.

The total asset value of attachment and seizures in the PNB case is Rs 4,488 crore.