Hyderabad: In what could be an uncertain move, senior Telangana Congress leader C Damodar Raja Narasimha’s wife, Padmini Reddy, joined the Bharatiya Janata Party (BJP) on Thursday, only to swap back to Congress in less than 10 hours.

Reddy had joined the BJP in the presence of state president K Laxman. The move had attracted criticism from the party workers of the Telangana Congress. However, after a few hours, Reddy left the BJP and returned to the Congress. 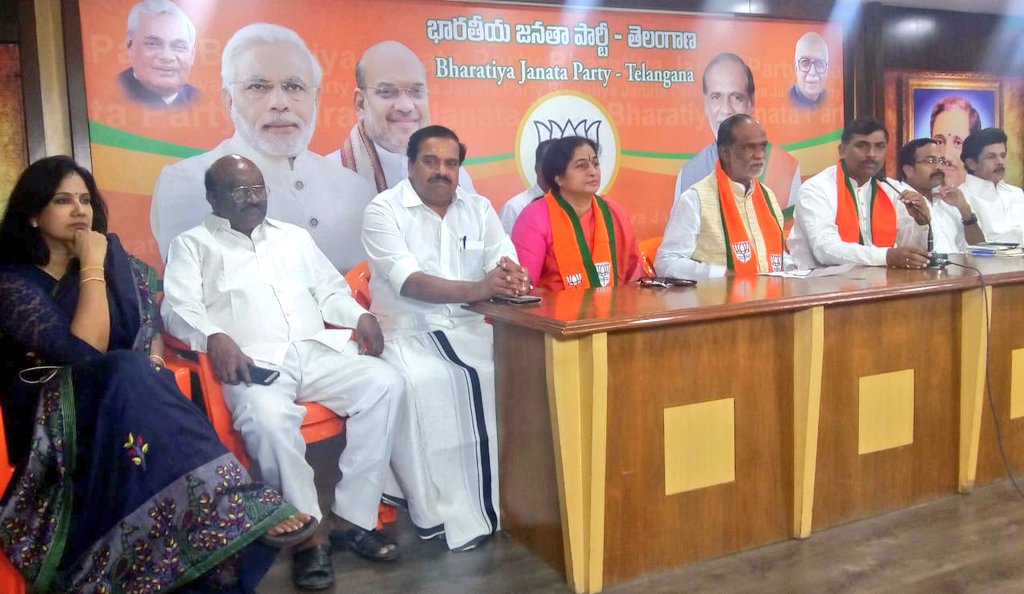 Reddy’s husband Raja Narasimha was the deputy chief minister of undivided Andhra Pradesh. He is currently in charge of the Telangana Congress party’s manifesto committee for the upcoming assembly elections in the state.

Telangana is scheduled to go to polls on December 7 to elect members of the 119 constituencies. Results will be declared on December 11.