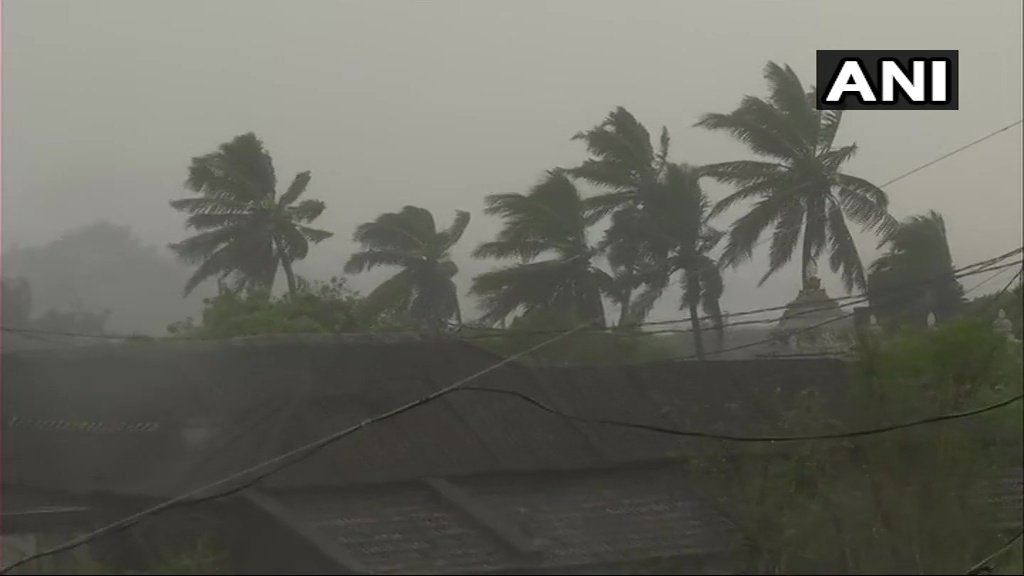 A ‘very severe’ cyclone ‘Titli’ has made landfall in Odisha’s Gopalpur, at around 6.30 am on Thursday, accompanied by heavy rain and wind gusting at the speeds of 126 km/hour at Gopalpur in Odisha’s Ganjam district.

As per officials, reports of trees, electric poles getting uprooted and damages to kuchha houses have started coming.

“The process of landfall has started and it will completely cross the Odisha coast in one or two hours. The system will pass close to Gopalpur,” HR Biswas, director of Meteorological Centre, Bhubaneswar, told PTI.

Red alert for the 18 districts has been issued by the State government and the govt also ordered  schools, colleges and anganwadi centres to remain shut on Thursday and Friday after IMD’s forecast of heavy to very heavy rainfall across the state.

Cyclone Titli, the strongest cyclone to have formed over the Bay of Bengal this year, is expected to cross the Odisha coast over the next two hours, according to the India Meteorological Department (IMD).