Home Politics Kashmir is ours, it was ours and it will be ours: Rajnath... 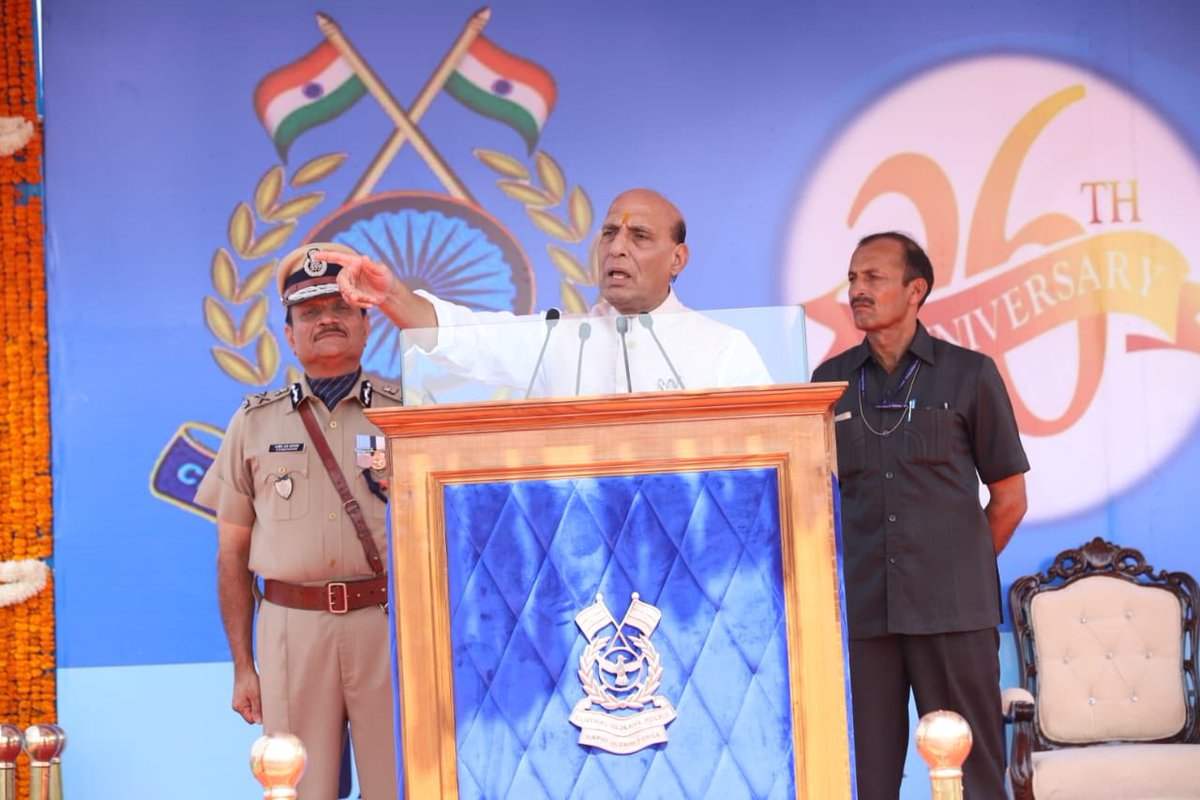 Union Home Minister Rajnath Singh on Sunday said that no power in the world can snatch Jammu and Kashmir from us.

Speaking on the occasion of 26th anniversary of the Rapid Action Force (RAF), Singh said, “Kashmir is ours, it was ours and it will be ours.”

“If some Kashmiri youths do things they should not because they are instigated by some people, you handle them properly as you feel that they belong to our country. But if any person indulges in any terrorist activity, no power in the world can stop you from neutralizing that person,” he added.

The union minister also mentioned that districts affected by Naxal violence in the country have come down to about 10-12 as compared to 126 some time back. The force has killed 131 Maoists and militants this year while it has apprehended 1,278 of them and has affected 58 surrenders during the same time, He said.

The Rapid Action Force deals with riots, major law and order issues as well as relief and rescue operations.