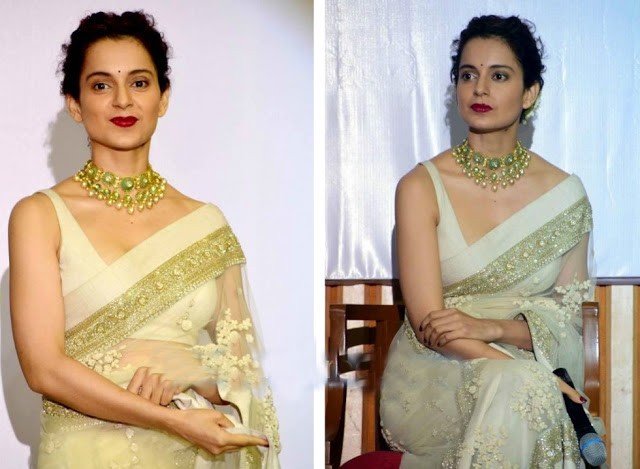 After Tanushree Dutta, the Queen of Bollywood, Kangana Ranaut, has come forward and has accused director Vikas Bahl of harassing her on the sets during the shoots.

Vikas Bahl’s 2015 case of assaulting one of his female co-workers has been yet again brought back to the limelight. A woman working at Phantom Films alleged that Vikas Bahl her molested her while they were in Goa. Supporting the woman, Kangna Ranaut said that she totally believes her.

In an interview with India Today, Kangana further claimed that even though Vikas was married at the time when they were shooting for Queen, he used to brag about sleeping with a new girl every day. “Even though Vikas was married back in 2014 when we were filming Queen, he bragged about having casual sex with a new partner every other day. I don’t judge people and their marriages but you can tell when addiction becomes sickness. He partied every night and shamed me for sleeping early and not being cool enough,” she said.

Taking to Huffpost India, the woman has reiterated the allegations, sharing further details about the incident. According to the report, in October 2015, the woman reached out to Kashyap and detailed her experience, but no action was taken while Bahl continued to harass her until she finally quit the company.

Earlier on Saturday, the four partners of the Phantom Films- Anurag Kashyap, Madhu Mantena and Vikramaditya Motwane and Vikas Bahl announced to dissolve their joint banner, without citing the reason for this decision.

Phantom was a dream, a glorious one and all dreams come to an end . We did our best and we succeeded and we failed. But i know for sure we will come out of this stronger, wiser and will continue to pursue our dreams our own individual ways. We wish each other the best.

Phantom Films’ last movie will be Hrithik Roshan-starrer Super 30 that is being directed by Vikas Bahl. Super 30 is set to release on January 25, 2019.