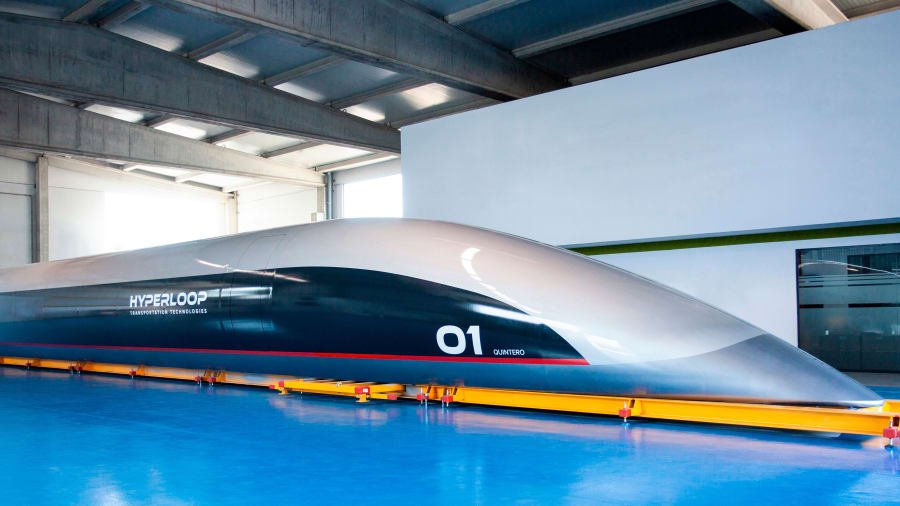 California – based Hyperloop Transportation Technologies ( HyperloopTT) unveiled its first full-scale transportation capsule at Puerto de Santa Maria, Spain. The vactrain, or vacuum train, will be ready for passengers in 2019.

“In 2019, this capsule will be fully optimised and ready for passengers,” said Bibop Gresta, chairman and co-founder of HyperloopTT.

The 105- feet passenger capsule will be sent to HyperloopTT’s research and development centre in France for assembly and integration into the system before it can be used on one of the first commercial tracks, the company said in a statement.

“Since we have taken major steps in solving government regulations with our safety certification guidelines and insurance frameworks, we are now closer than ever to bringing Hyperloop to the world”, Gresta said.

The 5-tonne capsule has 72 sensors, 75,000 rivets and 7,200 square metres of fibre. It is constructed completely out of HyperloopTT’s ‘Vibranium’ which is a specially made dual-layer smart composite material.

“The creation of this capsule represents over a year long journey of the best expertise in design, engineering and the development of cutting edge materials,” said Dirk Ahlborn, HyperloopTT co-founder and CEO.

HyperloopTT had proposed to set up the Hyperloop transportation system in Andhra Pradesh in May this year. It would connect Anantapur, Amaravati, Vijayawada and Visakhapatnam as part of 700 km long integrated public transit system.

The Maharashtra government had signed a pact with the Richard Branson-led Virgin Group to build the Mumbai-Pune Hyperloop as well.

HyperloopTT is set to build the first Hyperloop system in China as well as the company struck a deal in the country to build a test track in Guizhou province.