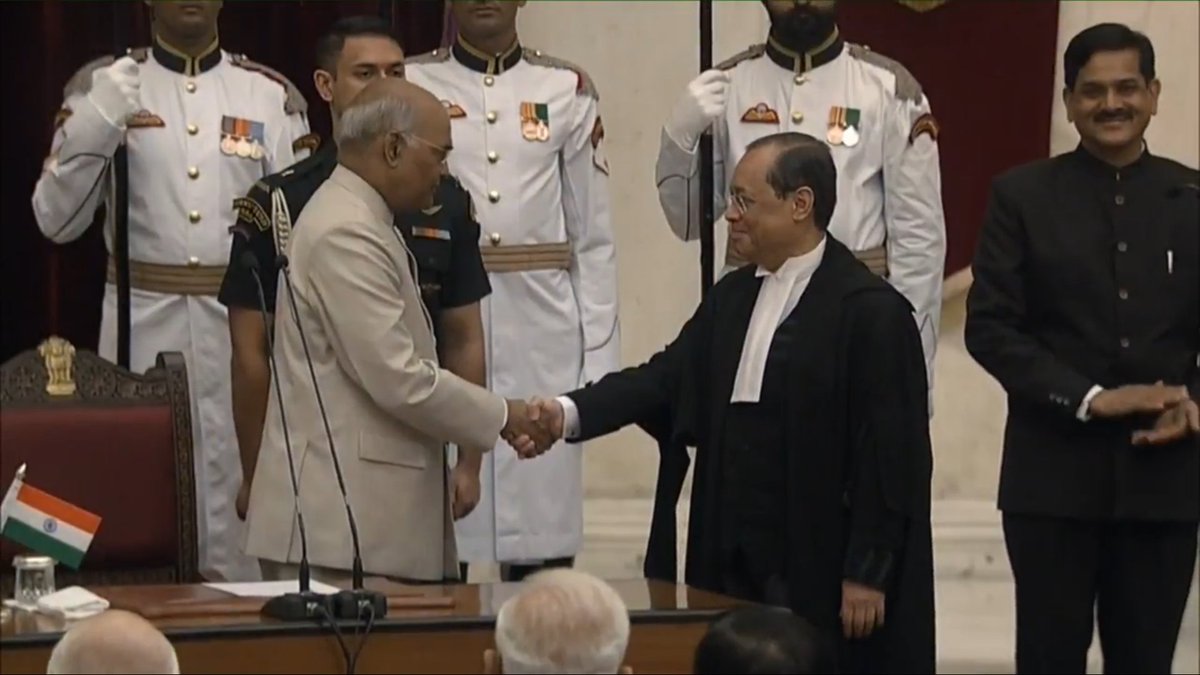 As is the norm, Gogoi, the senior-most after former CJI Dipak Misra, was recommended by the latter and the appointment was then confirmed by President Kovind in September this year.

Justice Gogoi started his career as a Permanent Judge of the Guwahati High Court in February 2001. He was transferred to the Punjab and Haryana High Court in 2010 and was appointed Chief Justice there in 2011. He came to the Supreme Court as a judge on April 23, 2012.

There was speculation on Justice Gogoi’s elevation, following the unprecedented press conference on January 12 this year, when Justice Gogoi and three colleagues — Justices J Chelameswar (since retired), Madan B Lokur and Kurian Joseph — raised questions on the CJI’s allocation of cases to benches in the Supreme Court.

At the Supreme Court, Justice Gogoi is currently monitoring the update process of the National Register of Citizens, intended to identify illegal migrants in Assam. He is also dealing with a plea seeking appointment of Lokpal. Earlier, he was part of the seven-judge bench, which, in May 2017, held Calcutta High Court Judge C S Karnan guilty of contempt of court. He also headed the bench that directed the government to set up special courts to fast-track cases against politicians. In May this year, his bench struck down an amendment passed by the Uttar Pradesh government that allowed all former chief ministers to retain their official residences.